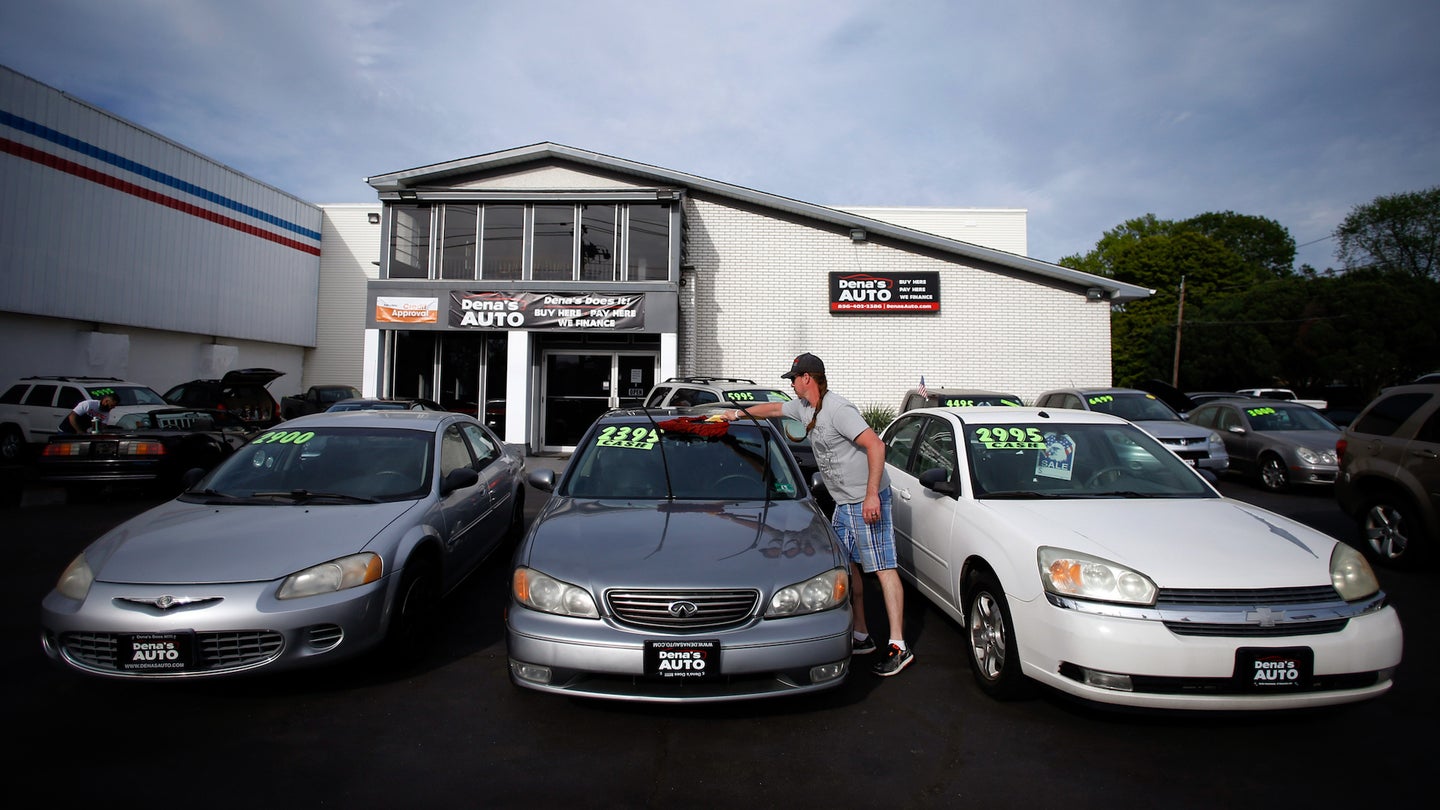 For better or worse, many states have begun allowing businesses to reopen after a long period of coronavirus lockdown. As expected, the pandemic has severely impacted new vehicle sales, though according to a study from Edmunds, used cars are seeing a resurgence of sorts.

It makes sense when you give it some thought. Consumers are staring down an uncertain economic future with no clear end to the virus in sight, which is enough to make anyone think long and hard about how they spend their money. Edmunds’ findings back that logic up with some intriguing data.

The study found that people are making larger down payments and are taking on less negative equity in their loans. The average down payment grew to $3,167 in June—the first time since 2007 that figure surpassed $3,000. The number of vehicle sales that included trade-ins with negative equity landed at 26.3 percent, which is the lowest level so far this year.

The uncertainty is compounded by an automotive market that has seen its new vehicle inventory levels shrink, as nearly all manufacturing ground to a halt while COVID-19 spread over the globe. Buyers may not be able to find the vehicle they want on dealers’ lots as a result, which has them turning to the used market. Dealers are making the best of an awkward situation, too, and are promoting certified pre-owned vehicles or issuing incentives on other used models. Interest rates on used cars have fallen as well, reaching an average APR of 7.8 percent compared to 8.6 percent a year ago. Jessica Caldwell, Edmunds’ executive director of insights, thinks that some of that can be attributed to buyers with better credit hitting the used market instead of shopping new.

Perhaps more interesting than all of that is this tidbit: Edmunds found the share of used vehicle purchases that were accompanied by a trade-in during June dropped to the lowest point since February 2009. Caldwell says this can mean more first-time buyers are shopping for cars than before. “The fact that there are fewer people trading in a vehicle when making a car purchase could indicate that there are consumers entering the market for the first time—possibly due to concerns surrounding public transportation,” she notes.

For starters, the Mercedes-Benz Sprinter van was the overall best-seller in April.