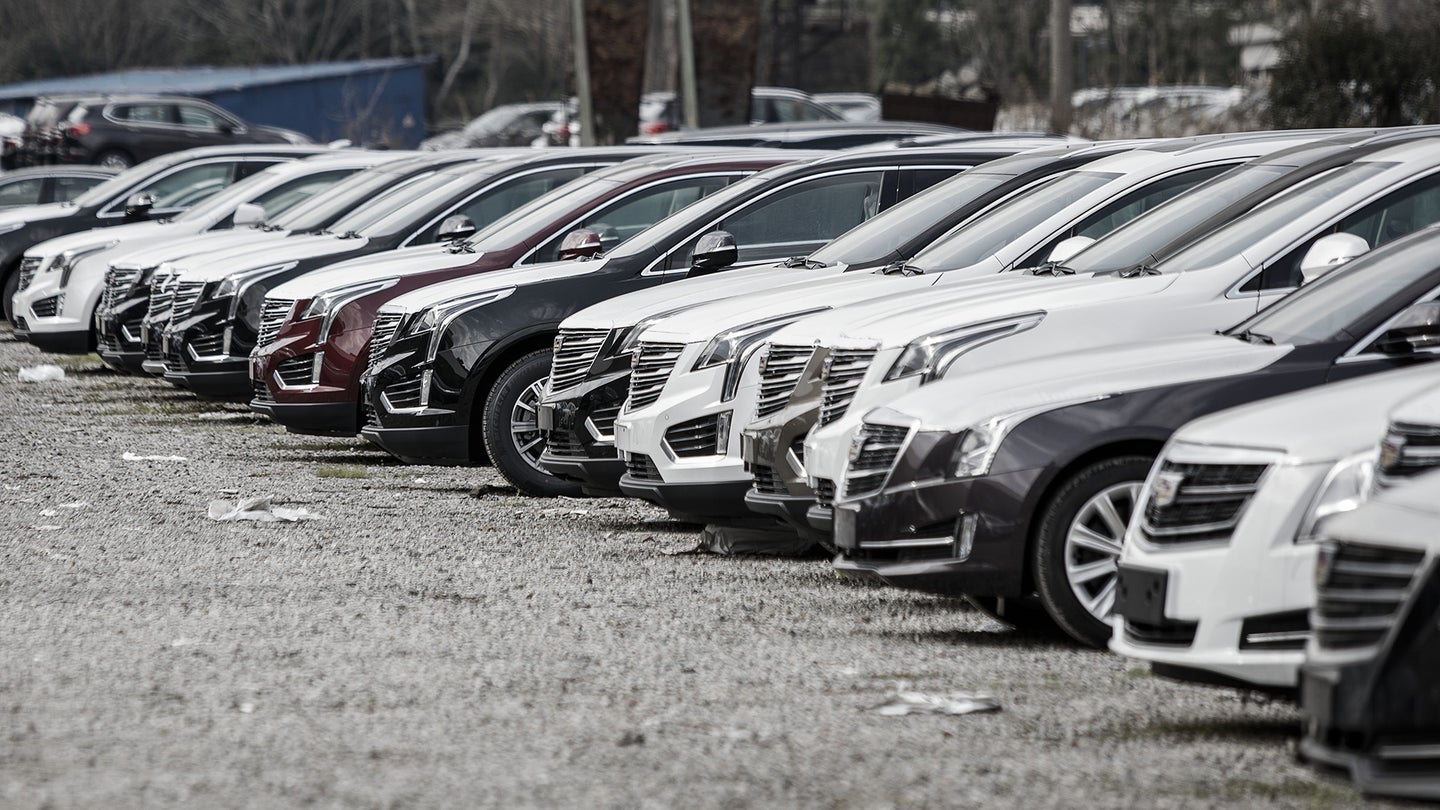 When automakers announced their U.S. sales figures for April this week, it more or less locked down the narrative that the automotive industry's American sales are on a downward trend compared with last year. Sales overall dropped 4.7 percent between April 2017 and the same month last year, continuing a trend that began at the beginning of the year—and has the industry on track to sell an estimated 16.9 million cars by the time showrooms close on the evening of December 31st.

The downturn was widespread, too. Almost every car company posted a drop in sales last month; some were minimal (Hyundai fell 0.9 percent), while others were precipitous (Mini went down a massive 27.4 percent). But a handful of brands escaped the downward slide—some by impressive margins. Maserati, Buick, Jaguar Land Rover, Tesla, Bentley, and Volvo all posted double-digit growth in April over the previous year.

And apart from Tesla and Volvo...all of those brands saw the addition of a crossover to their lineups between now and then, according to data released by the automakers.

Maserati added the Levante; sales rose 18.7 percent. Buick added the Envision; sales went up 17 percent. JLR added the F-Pace to the Jaguar line; sales for all of Jaguar Land Rover as a whole rose 34.5 percent. (Broken down separately, Jaguar sales zoomed up a shocking 197 percent, thus proving that apparently nobody was buying Jaguars for some unfortunate reason.) And Bentley added the Bentayga to its showrooms...and sales went up 52.7 percent.

Taken as a whole, it's hard not to view the trend as yet another piece of evidence suggesting that American new car buyers have largely abandoned the traditional sedan segment in favor of SUVs and trucks. While sales of all types of passenger vehicles dipped last month, car sales were down 11 percent, while truck sales basically held flat—they dropped 0.1 percent, according to Automotive News. Crossovers are supplanting sedans as the best-sellers in mainstream and luxury markets alike; Nissan spokesperson Dan Passe told The Drive's Lawrence Ulrich that the Rogue jumped ahead of the Altima to lead the brand's sales, with SUVs and pickups on course to take the lion's sale of sales any time now.

Oh, and a big shout-out to Alfa Romeo for showing quadruple-digit year-over-year growth last month. (It's not all that surprising, considering the brand only sold a single extremely impractical sports car as of April 2016, but it's still worth pointing out.)