The Fed Raised Rates. Should You Buy a Car Now? 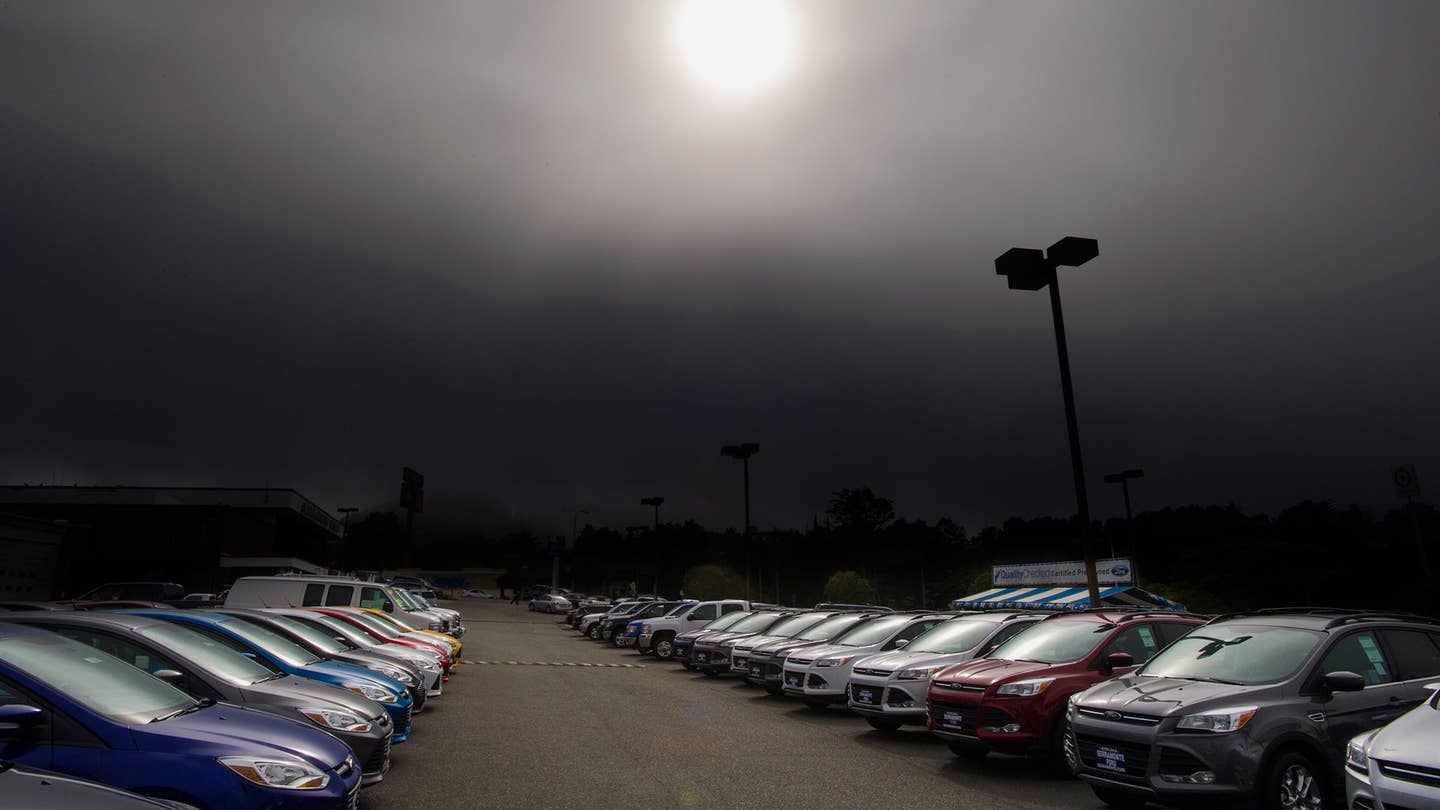 Prospective homebuyers know the feeling acutely: You’re so antsy over the prospect of rising interest rates that you’re dying to pull the trigger and lock in a deal. The Fed’s decision to raise short-term interest rates has surely made the fence-sitters of suburbia uneasy. But cars are different. There’s no reason for car buyers to get nervous or impulsive when the Federal Reserve makes such a move. Here’s why.

When the Great Recession ravaged the economy, the Federal Reserve cut interest rates nearly to zero to revive it—or at least stave off further erosion. U.S. car sales that had sailed over 16 million units in 2006 had tumbled to a depressing 10.4 million by 2009’s close. Now that the economy is on a more robust track, the Fed wants to goose interest rates to keep a lid on inflation.

But many economists are already assuring consumers that they should see little short-term impact. Variable rates on credit cards should rise within just a few months. But car companies are widely expected to hold the line for now on interest rates, especially for buyers with good credit.

Looking to 2017 and beyond, buying a car may indeed become more expensive as the cost of borrowing rises. But it’s no reason for insomnia. Car loans are dirt-cheap right now, ranging from zero percent to a typical 3.1-percent on a five-year loan. And neither lenders, automakers nor dealers have any inclination to dramatically boost interest rates, not with sales sizzling toward an industry-record 17.4 million units this year. Edmunds.com has noted that 1 in 10 car loans is now of the zero-interest variety, and that easy money has been a key driver of new-car sales.

What you don’t want to do is to get hung up on the costs of borrowing, to the point you forget what’s really important: choosing the best car.

At that aforementioned 3.1-percent rate, borrowing $25,000 for five years will cost you $450 a month in payments. Over those 60 payments, you’ll kick in just over $2,000 in interest. If auto loan rates should rise by a full point over the next few years—in line with some lenders’ predictions—that 4.1-percent loan will cost you $462 a month, and $2,700 in interest over the life of the loan. For most people, that extra $12 a month is hardly a deal breaker. If interest rates shoot even higher, some shoppers may simply opt for a less expensive car; with the average car on the road now a record 11 years old, millions of people will need to replace theirs regardless.

What you don’t want to do is to get hung up on the costs of borrowing, to the point that you forget what’s really important: choosing the best car. Only then should you turn your focus to getting the best possible deal.

Car dealers are adept at playing a kind of three-card monte, distracting buyers from the big picture by whizzing multiple elements around. These days, it’s not the old, “I’ll throw in some free rustproofing,” but stuff like trade-ins, extended warranties, cash-back incentives—and yes, interest rates. Shoppers who focus too closely on one of the moving parts of a deal (or worst of all, the monthly payment) quickly lose sight of the need to keep a sharp negotiating eye on other elements. The salesman’s hand is in your pocket, and you don’t even know it, because you’re thrilled that you got him to budge on a relatively minor issue.

That’s a key reason to always have financing in hand—knowing the best interest rate you qualify for—before you ever set foot in a dealership. Think of financing as a totally separate deal, one that has nothing to do with the car you ultimately choose or the price you pay for it. Salesmen love to combine all those decisions in your mind, because it’s easier to confuse you, wear you down and get you to drive away in a car you didn’t really want at a price higher than you intended to pay. If the dealer says he can beat your bank or credit union’s interest rate with some manufacturer-backed offer, great. But don’t fall for the sleight-of-hand in which a reduced interest rate automatically equates to a smart buy.

A truly sharp rise in interest rates could indeed put a dent in car sales. If more consumers decide the cost of borrowing is too high, fewer cars get sold, models pile up in showrooms and companies are forced to trim production or even lay off workers. But the global car companies will do whatever it takes to keep that from happening, using artificial sweeteners if necessary—and not just Detroit’s Big Three, notorious for throwing piles of incentive cash on the hood—but foreign and luxury brands as well.

As interest rates on auto loans trend upward, expect automakers to take full psychological advantage by pimping those amazing low- or zero-interest deals. They’ll do this not because they’re your pals, but because they want to keep sales humming and factories churning at today’s record heights. As ever, they’ll offer what appear to be the best showroom deals on cars they’re struggling to sell; the aging and infirm models, the orphans and leftovers on their lots. Would a zero-percent loan be a great reason to buy, say, a 2017 Volkswagen Jetta or Fiat 500L—one potentially damaged goods, the other clunky and hapless—while paying full sticker price? Hell no, but some people will surely fall for it.

But if you’ve already done your homework and found the perfect car for you—a new Ford Mustang, perhaps—then a teaser interest rate or other incentive will make the ride that much sweeter.

Just remember that, no matter which way the economy goes, make it about the car first and the deal second. Whichever car you choose, you’ll be living with it for years. After a few months of payments, any euphoria over saving $20 a month will be forgotten, especially if you’re stuck driving a lousy product. But the satisfaction and rewards of a great car will stay with you, even years after it’s gone.