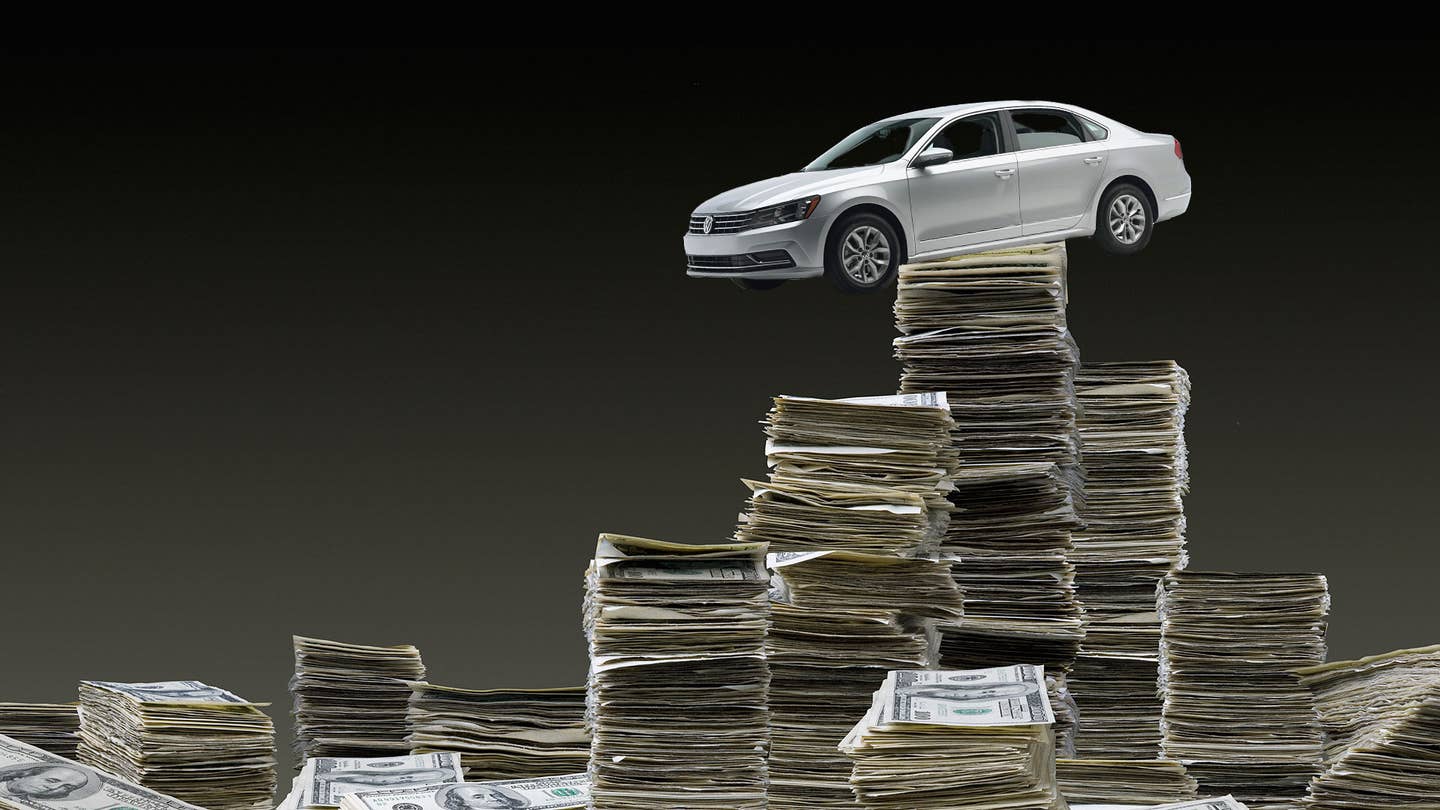 On Jan. 4, the U.S. Department of Justice, on behalf of the Environmental Protection Agency, filed a civil lawsuit against Volkswagen in the Eastern District of Michigan. The 31-page complaint accuses Germany’s Volkswagen AG and Volkswagen of America of four violations of the Clean Air Act arising from 580,000 Volkswagen, Audi and Porsche vehicles sold from the 2009 model year to the 2016 model year.

The reported amount of potential fines the DOJ asks the court to levy ranges from “as much as $18 billion” in The Guardian, to “more than $18 billion” per the Los Angeles Times, Mashable and the Associated Press, “more than $19 billion” at DailyKos, “more than $20 billion” per the Associated Press three days after its first assessment and Bloomberg’s first and lowest tally, leaping “up to $46 billion” in a different Bloomberg piece and a Bloomberg View commentary article; Reuters had it “up to $48 billion” before a different Bloomberg division escalated the situation “up to $80 billion,” and the wrenches at Engineering.com cranked it out to “roughly $90 billion.”

At that last price it would be easier for Volkswagen to say, “How about we just give you Lower Saxony?” But the most important thing about all of those numbers is: They are hysterically low.

When it comes to damages requested in a lawsuit—the “Prayer for Relief” in legalese—attorneys don’t get fuzzy with the figures, and in this case Title 40 of the Code of Federal Regulations (CFR) lays out the maximum civil monetary penalties for transgressions of EPA statutes. Tucked among the complaint’s jabberwocky are the prime numbers to work up a figure for potential damages for three of the violations, but the fourth is a stunning X factor.

Here’s the quick breakdown taken from the legal document, with footnotes at the end dissecting the meat of our math:

Model-year cars usually go on sale before calendar years. The 2009 model year in this case began on Aug. 18, 2008, so the timespan before that CFR penalty adjustment covers five months of sales of a brand new model, typically the months of lowest volume as the manufacturer ramps up production. We’ll say VW sold 15,000 of the affected vehicles over that period.(1)

Alleged crime number three is for tampering with the engine’s properly functioning emissions controls, for which the DOJ wants the same penalties as the first claim—another $21,675,000,000.

Alleged crime number four is for reporting violations—the rule of law says VW was supposed to tell the EPA, “Hey, our Clean Diesels are, scientifically speaking, nastier than a Nicki Minaj album.” The DOJ wants $32,500 per day before Jan. 13, 2009, $37,500 per day afterward.

This fine is berserk. And presently incalculable.

To make a reliable estimate, we need to know when each offending car was sold—that’s when “per day” began. A 2009 Jetta TDI sold in August 2008 gets dinged $32,500 every day for more than seven years. A 2016 Audi Q5 TDI sold in Sept. 2015 is fined $37,500 per day but only for the last four months—the DOJ’s “per day” means until the resolution of the court case, meaning VW is racking up fines right now.

A seven-year penalty for that 2009 Jetta TDI is $32,500 multiplied by 2,557 days (two leap years in there!), totaling more than $83 million. For one car. Even with the sliding multiplier of the sale date, here’s a fine to put every living thing on Earth out of business.

That’s the Department of Justice knocking VW to the floor, then jumping up and down on its face while screaming, “NOT IN MY HOUSE!”

We spoke to Stacey Geis, who spent 10 years as a federal prosecutor in the US Attorney’s San Francisco office as the Environmental Crimes Coordinator, and who is now the managing attorney of the California Regional Office for Earthjustice. She said the ginormous fines “are not uncommon in environmental cases, and it is typical to give the defendant notice of the maximum penalties,” but the actual fine will surely be much lower. Geis said that while “the penalties are designed to capture the breadth and scope of environmental wrongdoing,” one mitigating factor is that “it’s usually not the government’s goal to put a company out of business.” Additionally, recent history shows that environmental lawsuits against automotive companies might gun for billions in damages but usually pay out in the millions.

Nevertheless, to answer our original question: what is Volkswagen potentially on the hook for in this one DOJ civil suit? The best answer anyone could give you is: Pick a number. Any number.

1.     We need VW Group sales records to know how many 2-liter and 3-liter diesels were sold before January 9, 2009. If we laid out an 86-month sales boundary from August 2008 to October 2015 when VW stop-sales orders kicked in, the average monthly sales rate for 580,000 units is 6,744 vehicles per month. There’s no way VW sold that many in those early months; in June 2009 the Volkswagen brand said it set a Clean Diesel sales record of 5,072 units, and in 2013 the Volkswagen Group said it sold more than 100,000 VW and Audi diesels for the year—an average monthly rate of at least 8,333 vehicles before counting the 2013 Porsche Cayenne.