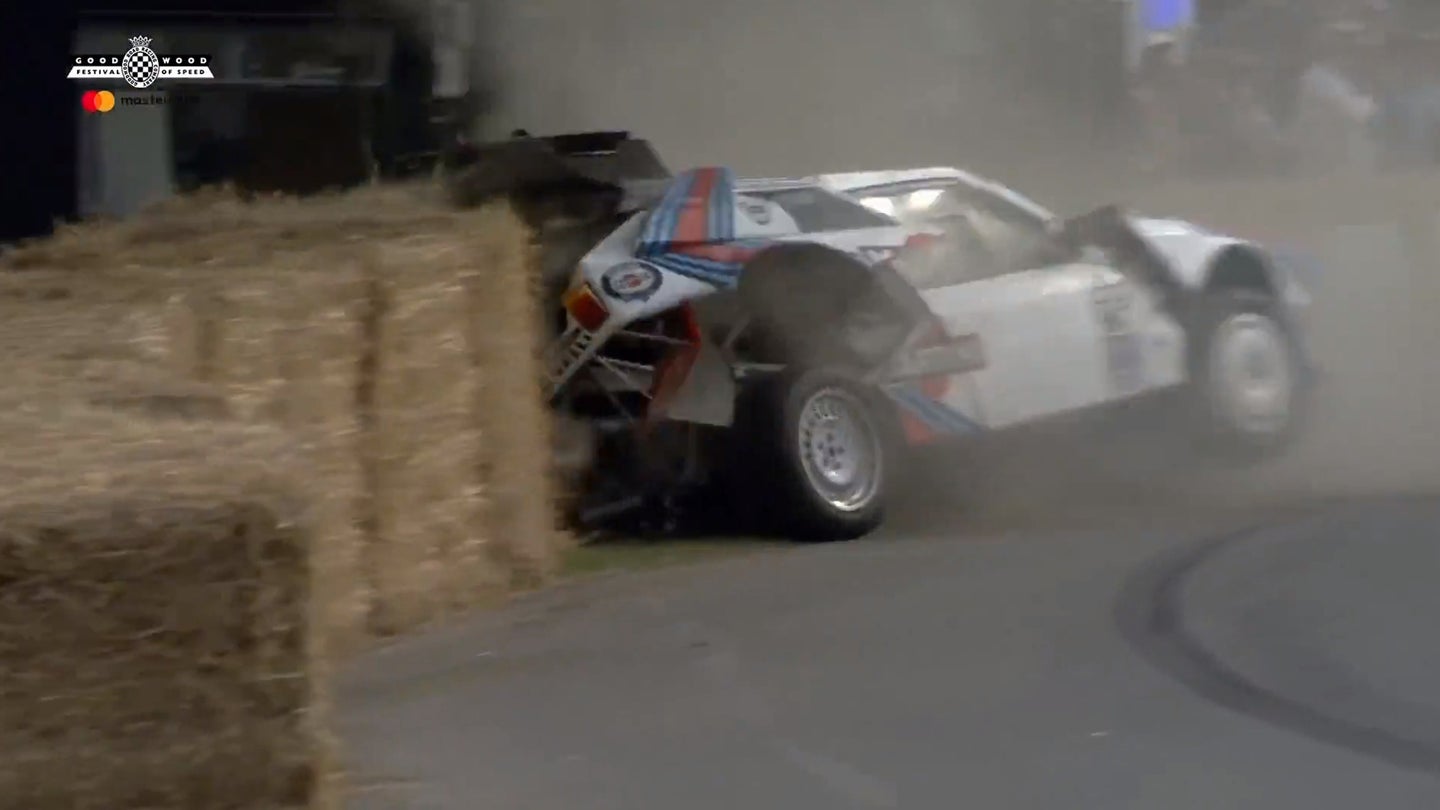 The Goodwood Festival of Speed celebrates motorsports, the spectacle of going fast, and all the beautiful pieces of machinery used in between—but, tragically, it can also result in some pretty spectacular and unfortunate crashes. Such was the case during Saturday's hill climb trial event which claimed one incredibly rare Lancia Delta S4 Group B rally car.

The Delta S4 could be seen making its way up the course when suddenly it loses control during what appears to be a braking maneuver. According to the announcer on Goodwood’s streaming channel via Motorsport.tv, it looked like there was an issue with the car’s braking balance, causing lockup and the sudden loss of control.

The car then did a 360-degree spin into the safety wall, but even the bales of hay couldn’t prevent the damage caused by the impact. The Delta S4’s lightweight fiberglass and Kevlar bodywork just gets entirely wrecked, along with crippling the tie rods as the front axles get turned inward.

Thankfully, the driver walked away with only shaken nerves and no spectators were injured.

The Lancia Delta was one of the signature racers in what was arguably the most popular rally championships of all time. The Group B series during the 1980s often resulted in some of the fastest, rawest, most incredible cars and drivers that history has ever seen. That’s resulted in some pretty incredible automobiles as well, including the likes of the Audi Quattro and the Porsche 959.

The Delta S4 was one of the homologations to emerge from the competition making its debut in 1985. It features a 1.8-liter twin-charged (turbocharged and supercharged) inline-four producing a whopping 500 horsepower, motivating only 1,962 pounds, which means that the Delta S4 is obviously quite a handful.

Still, despite the impact, the Delta S4 is too significant to be totaled and sent to the scrapyard, so we don’t doubt the owner will attempt to give it a new lease on life by restoring and prepping it for another shot at glory down the road.