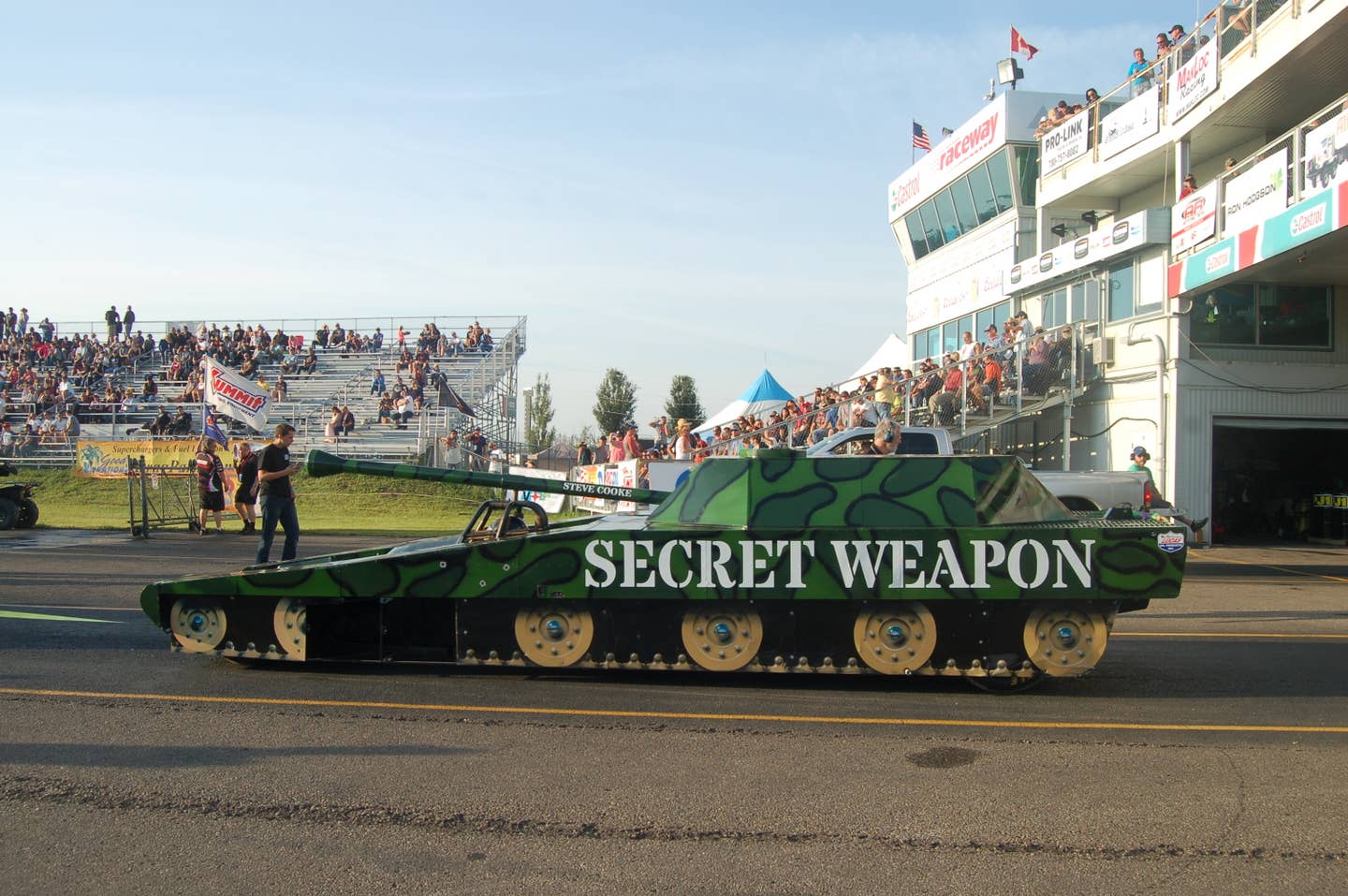 As you would expect from a secret weapon, this one hails from Washington (state), and Saturday, the Secret Weapon jet-powered tank went 208.24 mph in the quarter-mile, at 7.9215 seconds, at the IHRA Mopar Rocky Mountain Nationals at Castrol Raceway in Edmonton, Alberta.

It's powered by a 17,000-horspower Westinghouse J-34 jet engine. Apparently the cannon doesn't work so well, but who can aim at 200 mph?

It was racing Mater, a jet-powered tow truck inspired by the Larry The Cable Guy-voiced vehicle from the movie "Cars." No, we aren't making this up, and it would actually be easier if we were.