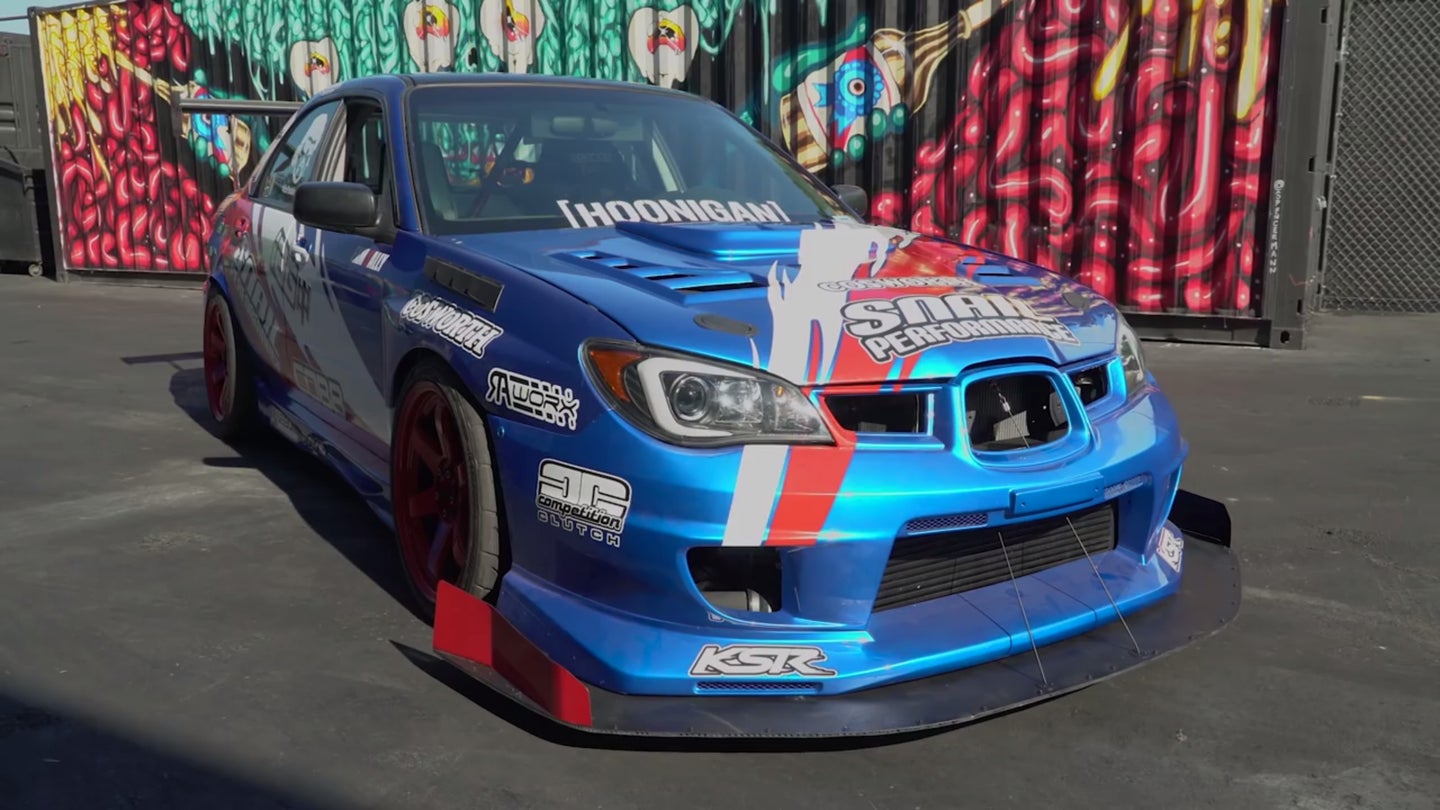 By now, serious car enthusiasts who haven't seen a Hoonigan Daily Transmission video before must have been living under a rock. Cool people with cool cars do silly things in their cars at the Hoonigan Donut Garage. In one of the latest episodes, two time-attack Subarus, putting out almost a combined 1,000 horsepower, stopped by to play.

Markos Mylonas and Sally McNulty of Snail Performance are the two who brought the Subarus. If you were following Hoonigans Female Driver Search a few months ago, you will recall that McNulty was a strong competitor in the driver search and held her own. Mylonas' Subaru is a 2006 Subaru Impreza WRX which in the video he claims puts out about 580 hp. His WRX has a chassis mounted rear wing which he was able to stand on without it breaking. McNulty's Subaru is also a WRX, a 2007 Subaru Impreza WRX good for 406 hp. You get some great beauty shots of the WRXs.

The reason the pair was in town was to attend Super Lap Battle, which Hoonigan's Brandon Kado and Vinny Anatra also attended.

Eventually, as with all Hoonigan guests, the pair was peer-pressured into some silliness with their cars. Being that the cars are all-wheel-drive you cannot simply rip some donuts in the small space that the Donut Garage has between the dock and the containers. So they "space raced," which is basically a drag race from the beginning of a container to the end.

I won't exactly spoil how it happens, but if you are going to break your performance car, you might as well do it on a YouTube channel that has more than a million subscribers. I think it worked out for them in the end and Mylonas and McNulty were able to attend Super Lap Battle and compete.

If you want to get the details on how the Subaru broke, check out Hoonigan's video below.