Check out the Ultimate Subaru Couple

Gears and Gasoline shows us the ultimate Subaru power couple of Markos Mylonas and Sally McNulty. 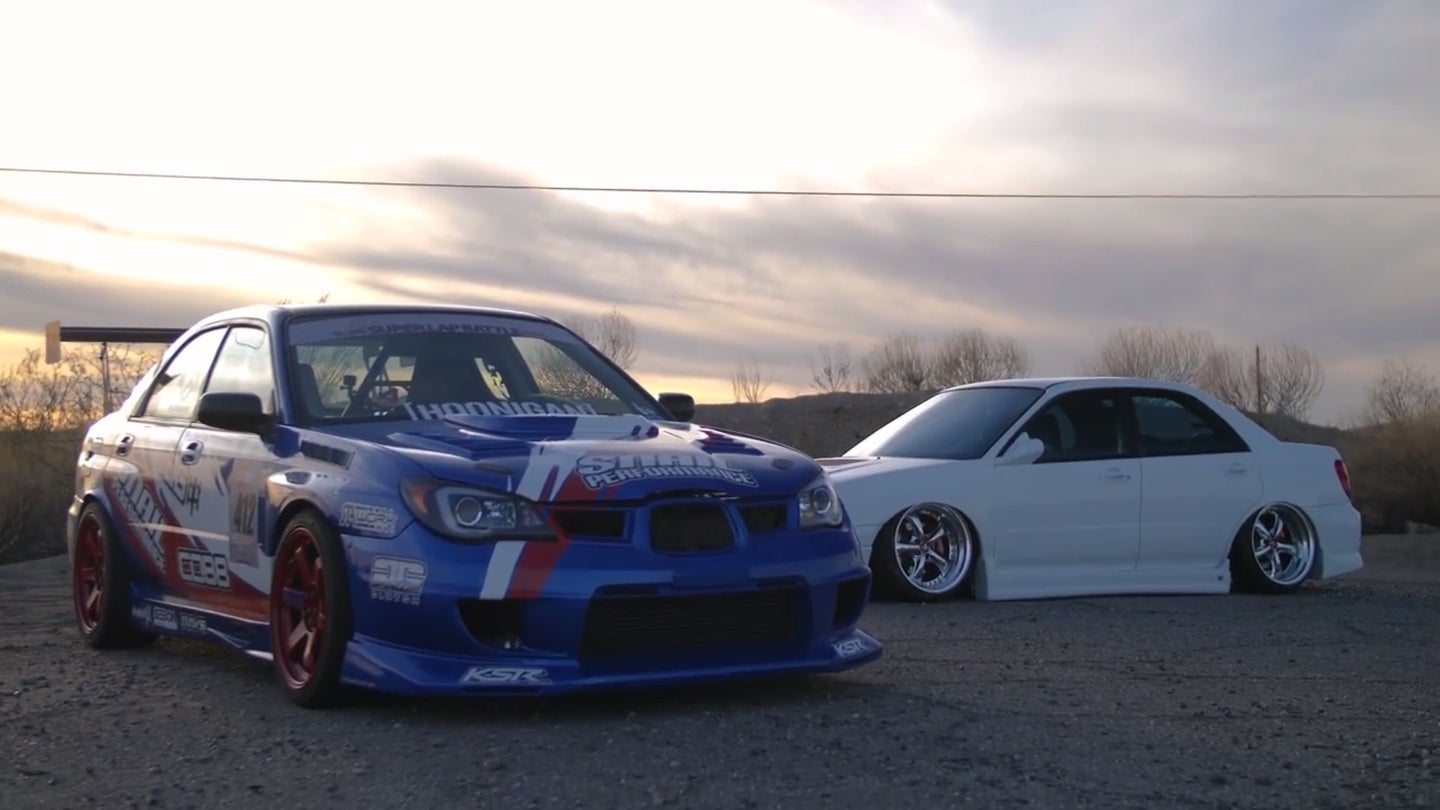 Subaru owners are a unique segment of car culture. One couple breathes that Subaru car culture more than most. YouTube channel Gears and Gasoline recently released a feature video named "The Subaru Couple." In the video, we are shown the Subaru couple of Markos Mylonas and Sally McNulty.

Previously, we featured both Mylonas and McNulty when they visited Hoonigan's Donut Garage for an episode of Daily Transmission. In that episode, they brought their Time Attack Subaru cars to play with in Hoonigan's lot. Gears and Gasoline's video goes in depth with them.

Both Mylonas and McNulty drive in the Street AWD Class with Global Time Attack—Mylonas is a record breaker. He set five track records last year and he owns track records all throughout Southern California. Mylonas drives a modified 2006 Subaru WRX with an IAG Performance block, Garrett turbo, and running on Ignite Racing fuel puts out 580-horsepower. According to Mylonas, "It's a pretty lethal weapon on track."

McNulty drives a 2007 Subaru WRX also with parts from IAG Performance including the block and cylinder heads, a Cobb turbo, and also runs on Ignite Racing fuel.

Those are just the Subaru couple's race cars, they also daily drive another set of Subarus. Mylonas daily drives a 2005 Subaru Impreza RS which has gone in the opposite direction of his race car, it is a stanced car whereas McNulty's daily driver is a 2017 Subaru WRX STI. Her WRX STI was stock until she began her YouTube channel which will slowly be transforming the WRX STI into a weekend track toy and show others that they can do the same.

Check out Gears and Gasoline's video below for more of the details on "The Subaru Couple."

The new BRZ gets a price increase and optional performance package.