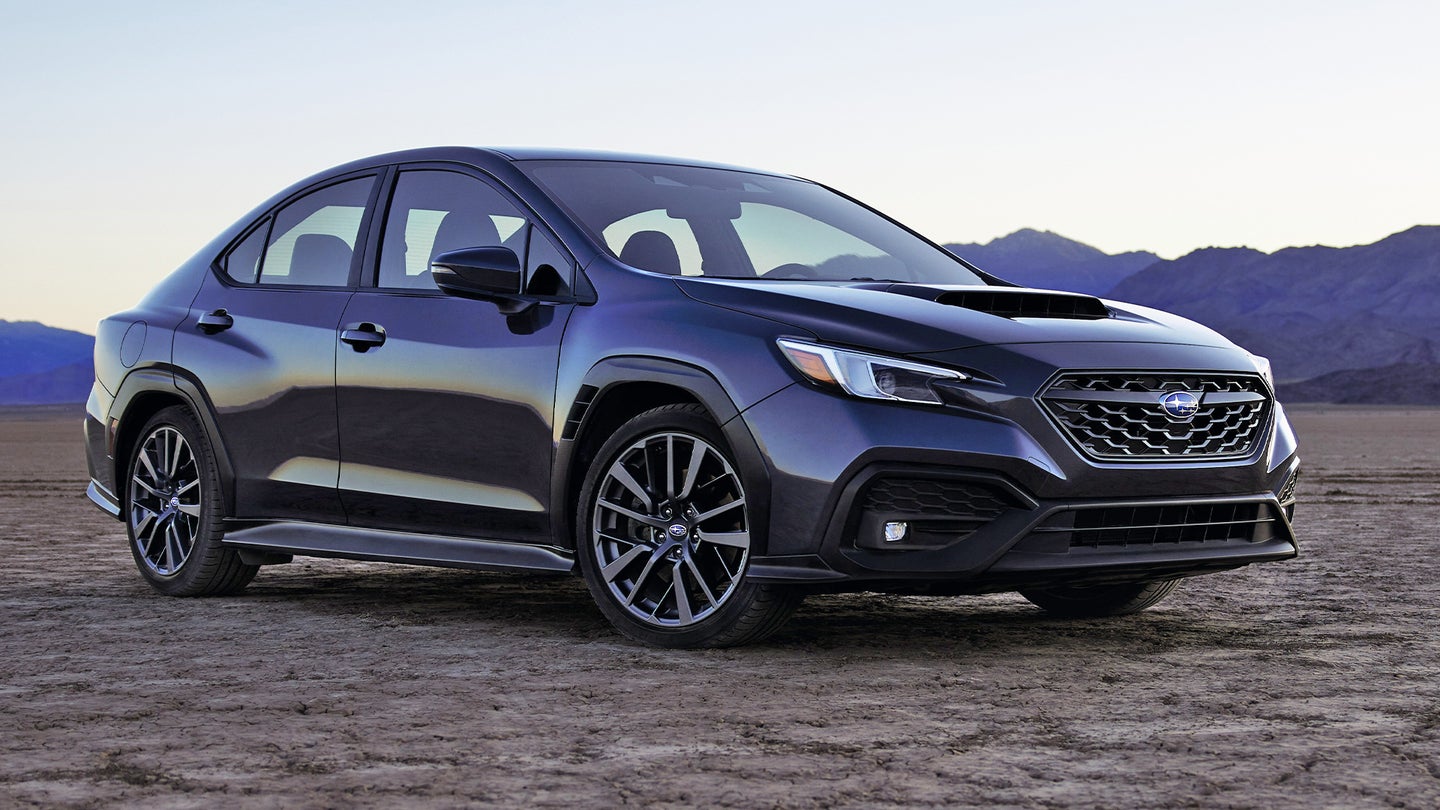 The Subaru WRX has always been an enthusiast's car—normal people don't care about rally racing or symmetrical all-wheel drive. For 2022, that hasn't changed. Just look at the devilish new design and the 271-horsepower, 2.4-liter turbo boxer under the hood. The car should still scratch the itch for those who want a fun daily but can't sacrifice the convenience of four doors. What's more, the manual might not be the only way to go now if you actually enjoy driving.

For auto buyers, CVT-equipped WRXs have consistently been soft. But the automaker thinks that will change with this generation thanks to improved safety tech and a new sport-tuned transmission that apparently doesn't have the driving characteristics of a wet noodle.

While most WRX buyers opt for a manual transmission (and still can), drivers who'd rather not row their own should know that the engineering department hasn't left them out entirely. Enter the Subaru Performance Transmission (SPT) which, to be clear, is still a CVT.

A Subaru spokesperson confirmed to The Drive that despite the official press release making no mention of a CVT, that's exactly what this is. However, they stressed that the SPT is significantly improved over the transmission in the outgoing WRX, with up to 30 percent faster "upshifts" and 50 percent faster "downshifts." It has eight simulated speeds which can be raced through using the paddle shifters on the steering wheel and offers rev-matching downshifts under braking.

The automaker says that the car can also detect when it is mid-turn and run out the "gear" without "shifting" prematurely. The SPT has also been optimized for acceleration and response—plus, it has an optional external cooler for those who plan to give it the beans a bit more often than others.

A lot of the WRX's performance and safety gains are credited to the Subaru Global Platform, a modular architecture that was first announced in 2016. The higher-strength metal and increased use of structural adhesives mean a stiffer chassis, strengthened suspension mounting points, and an even lower center of gravity—all of which will undoubtedly prove helpful in the corners.

A stiffer platform means more than just better performance but also heightened hazard avoidance in emergency situations. Should an accident occur, the car is designed to absorb more energy in both front and side crashes, and it features seven airbags as standard—even one at the driver's knees.

Tech also plays a big part in safety. Vehicles equipped with the SPT will have the biggest benefit as those cars feature Subaru's EyeSight safety suite, which adds adaptive cruise and lane centering together for the first time on the WRX. Additionally, at speeds under 50 miles per hour, the sport sedan uses a newly available automatic emergency steering feature to control both braking and steering to help avoid collisions.

As for the six-speed stick, let's just say it's called "manual" for a reason.

Subaru told The Drive that manual-equipped cars accounted for 85 percent of WRX sales in 2021—and that's excluding the STI. The automaker believes that this new transmission and enhancements to its EyeSight system will even out that ratio a bit more, perhaps luring more buyers towards an automatic car.

If those are enough reasons to entice you to switch, be on the lookout early next year for the new WRX to hit dealer lots.