This Wheel Is Our Best Look Yet at the U.S.-Bound Subaru BRZ tS

Well, at least until we see the whole thing on June 8th. 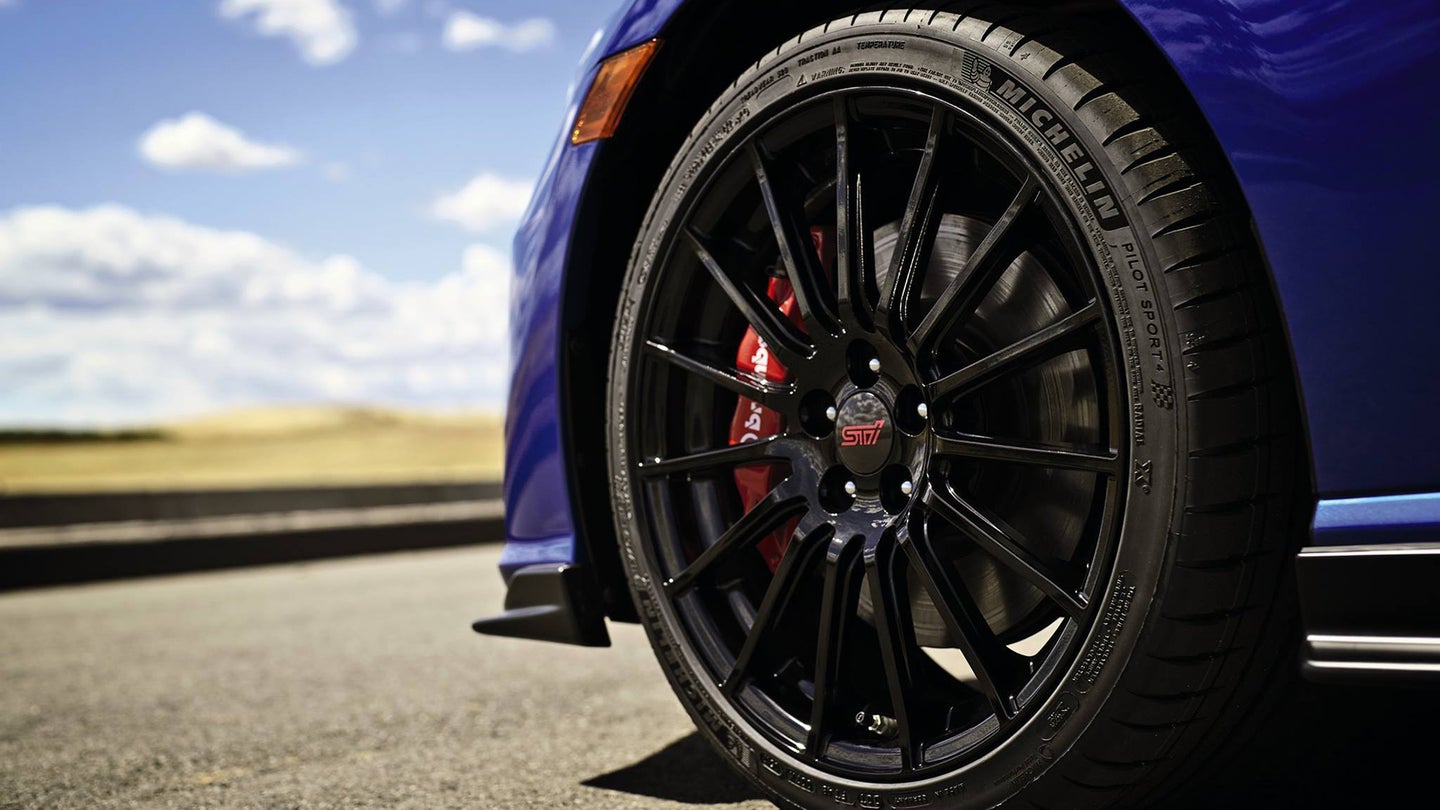 If it were possible for a car to be jealous of its siblings, it's hard not to imagine the Subaru BRZ would have some beef with the WRX and STI. The two turbo Subies have long histories, large fanbases, and represent the performance peak of the Subaru lineup's all-wheel-drive-all-the-time philosophy. The BRZ, on the other hand, is the black sheep of the family—a Toyota crossbreed whose front wheels have no role but to steer the lightweight car, saddled with a naturally-aspirated boxer-four packing the torque of a Club Cadet.

But after years of staring covetously at the STI fanboys who swarmed showrooms to ogle the latest motorsports-division-tuned Imprezas, it's finally the BRZ's chance to known the warm embrace of the carmaker's Subaru Tecnica International division. On July 8th—which, if you're reading this story the day we at The Drive wrote it, is tomorrow—the company will reveal the long-awaited STI version of the sports car. But instead of leaving us to spend the next day twiddling our thumbs, the carmaker is giving us a sneak peek at the car before its official unveiling.

The image, a close-up shot of the car's front left wheel posted on Facebook earlier today, reveals just enough about the new BRZ to whet our collective whistle—specifically, the car's name. Based on the hashtags, tomorrow's reveal will be the U.S. version of the STI-modified BRZ tS formerly restricted to the Japanese market.

The pic shows nasty Brembo brakes sitting behind a menacing black STI rim, which is clad in a Michelin Pilot Sport tire, and brooding chin spoiler juts out from below the front bumper—all of which came on Japan's version of the car. That Subaru BRZ tS also came outfitted with a sportier suspension, beefier half shafts, extra bracing in the engine bay, and interior upgrades like special STI gauges and Recaro seats; we're betting those will also show up in the car being revealed on June 8th.

One question the picture doesn't answer, however, is whether the STI version will have extra power—or how those bonus ponies might be generated. The JDM version made the same 200 horsepower and 151 pound-feet as the basic BRZ, but considering Americans and our thirst for power, we wouldn't be shocked if Subaru squeezes a few more horses from the engine for us. Then again, maybe the company will leave the power to the new WRX STI Type RA also expected to arrive on Thursday.