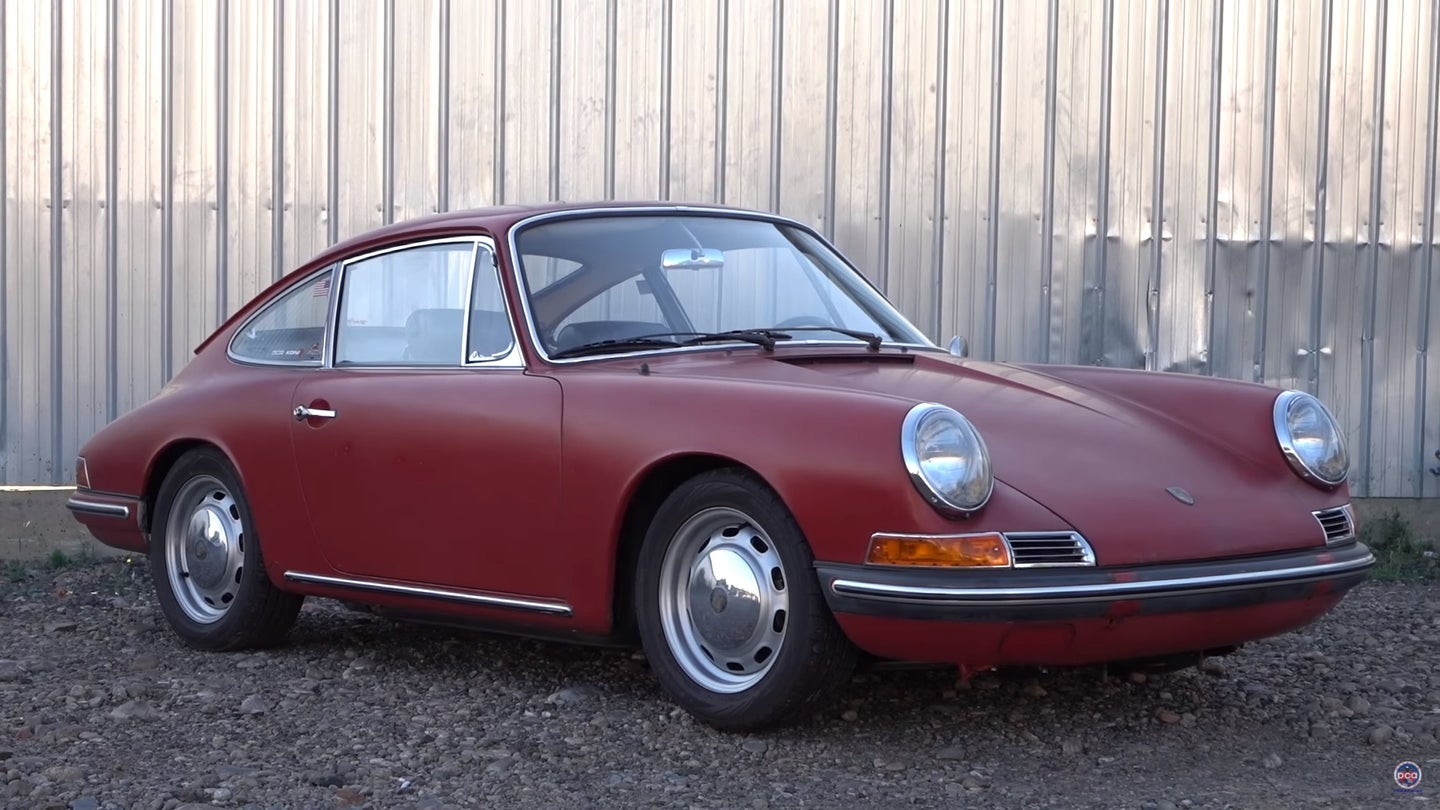 Rick Becker is a staunch proponent of the 912 and 912E for members of the Porsche Club of America. He bought this one back in 1977 when he was fresh out of school, and he's completely fallen head over heels for them. Even in the time that I've had my 912E, Rick has helped to integrate my car into the registry and tries to keep everyone apprised of various 912-related goings on in the community. He is perhaps best described as the patriarch of 912s, and of the two he owns (this one and a soft-window Targa), this one is my favorite. His "Mutt" is a 1966 912 that has been slowly modified over the years to be a proper little hot rod machine, while maintaining a thoroughly patina'd look that really wins big in my book.

With a Benton-built engine and a look that screams 'serious', this little Mutt is one of the best 900-series cars out there. People like to talk down the 912 becuase it doesn't make as much power as its contemporary 911, but it also weighed significantly less (about 200 pounds) and had a better weight distribution with the weight of the engine moved farther forward in the chassis. It's an excellently balanced and perfectly capable little Porsche, and the extension of the 356 lineage that Porsche needed in the 1960s. Did you know, for example, that the 912 outsold the 911 at a ratio of 2 to 1 for the first couple of years of production? If you're still hating on the 912, you're seriously wrong. Go drive one in anger and you'll see just how great they really are.

In any case, watch this well-shot mini-doc on Rick and his 912 Mutt. We loved it, and we're sure you will, too.