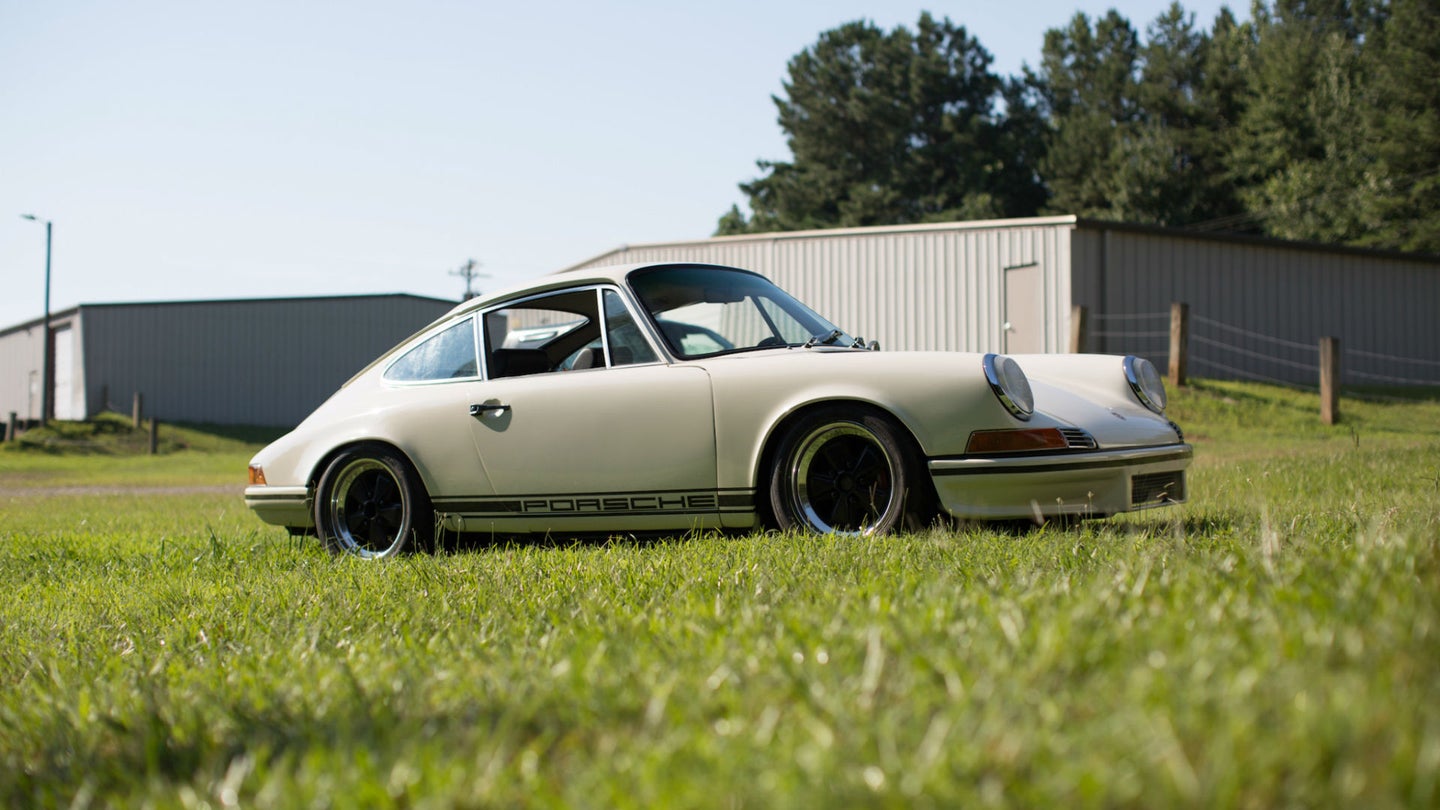 The era of the absurdly-priced vintage Porsche 911 has long outstayed its welcome. It's gotten to the point where even the four-cylinder 912, once dubbed the "poor man's 911," can cost a pretty penny. Despite handling better than its six-cylinder sibling thanks to less weight, the 912 is not a fast car, and some 911 enthusiasts will argue that owning one will not give you the authentic Porsche driver's car that we all dream of. Will swapping in a flat-six engine change their minds?

This 1969 Porsche 912 with such a swap in it currently for sale on Bring a Trailer will surely make purists think twice about saving their lunch money for a same-year 911 (good condition examples of which can go for more than $140,000). The car was recently repainted Ivory White and has custom fiberglass fenders, bumpers, and hood (plus an extra ducktail engine cover), as it's been built as a tribute to the 1967 911 R. Thanks in part to these components, the car weighs just 2,050 pounds, designed to have a similar weight distribution to the car it pays homage to.

The 912's short-stroke 2.5-liter (same displacement as the 911 R) engine is a true Franken-motor; it's made up of 911 S rods, 906 grind-cams, J&E forged pistons, Weber carburetors, a 964 oil pump, and a host of other parts attached to a 2.0-liter crankcase. It was built by Porsche specialist David Brown and is connected to a 915 five-speed manual transmission. Although the car was put on a dynamometer, no power output figures are provided, but at least David Brown's monster sounds good.

While the exterior and engine echo that of the old 911 R, the 912's interior imitates that of the über-expensive 911 Carrera RSR, primarily with RSR bucket seats and door sills. The odometer shows 165,000 miles, 300 of which have been driven post-build, but BaT says the true mileage is unknown.

What to do you think? Is this heavily-modified 912 a good alternative to a first-generation 911? Better decide fast, because the car's current bid is sitting at $45,000 on only its first day of the auction.