Porsche’s Record-Setting Chase Across the Alps

Fifty years after Porsche’s record-setting endurance trek across the Alps, two friends are retracing the journey 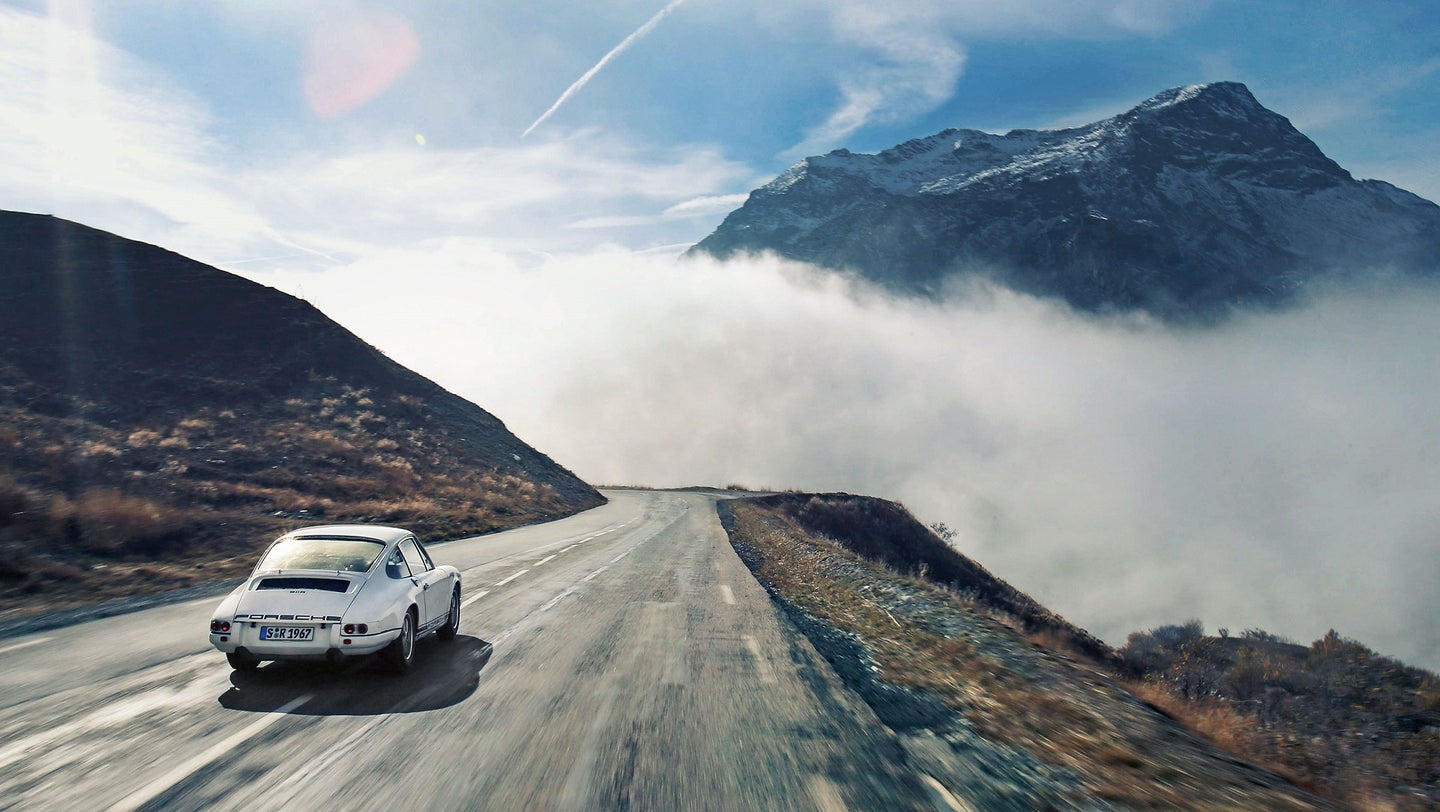 Fifty years ago, Porsche cemented itself in racing lore by completing one of the most taxing endurance feats ever. Two friends, Swiss race-car driver Rico Steinemann and racing colleague Dieter Spoerry were having a beer in the middle of their 1967 racing season with their Porsche 906 Carrera 6. They were thinking about the upcoming off-season and came up with an idea. What if the two of them could break the world endurance records for 72 and 96-hours as well as the 15,000-kilometer (9,320 miles), 20,000-km (12,427 mi), and 10,000-mile mark?

This is the sort of ambition that beer muscles can give you but their late-night ferocity translated to the next day. After presenting the idea to Porsche, a few sponsors got on board and the team was set, including Jo Siffert and Charles Vogele. This was before the digital age of simulations and data-gathering. So the only way manufacturers could learn valuable insights was to drive and test. An endurance race across the Alps would provide Porsche with extremely valuable technical insights into development and technology.

In celebration of the 50th anniversary of this legendary trek, Porsche collector Johan-Frank Dirickx and journalist Bart Lenaerts are retracing the drive from Zuffenhausen to Monza in a 1967 Porsche 911 R. The two don’t plan on breaking any endurance speed records but rather are going to relax and enjoy the scenic mountain roads. They plan on stopping several times along the way to take a few pictures and enjoy the trip.