This is your chance to own the car that launched one of our favorite Porsche blogs. 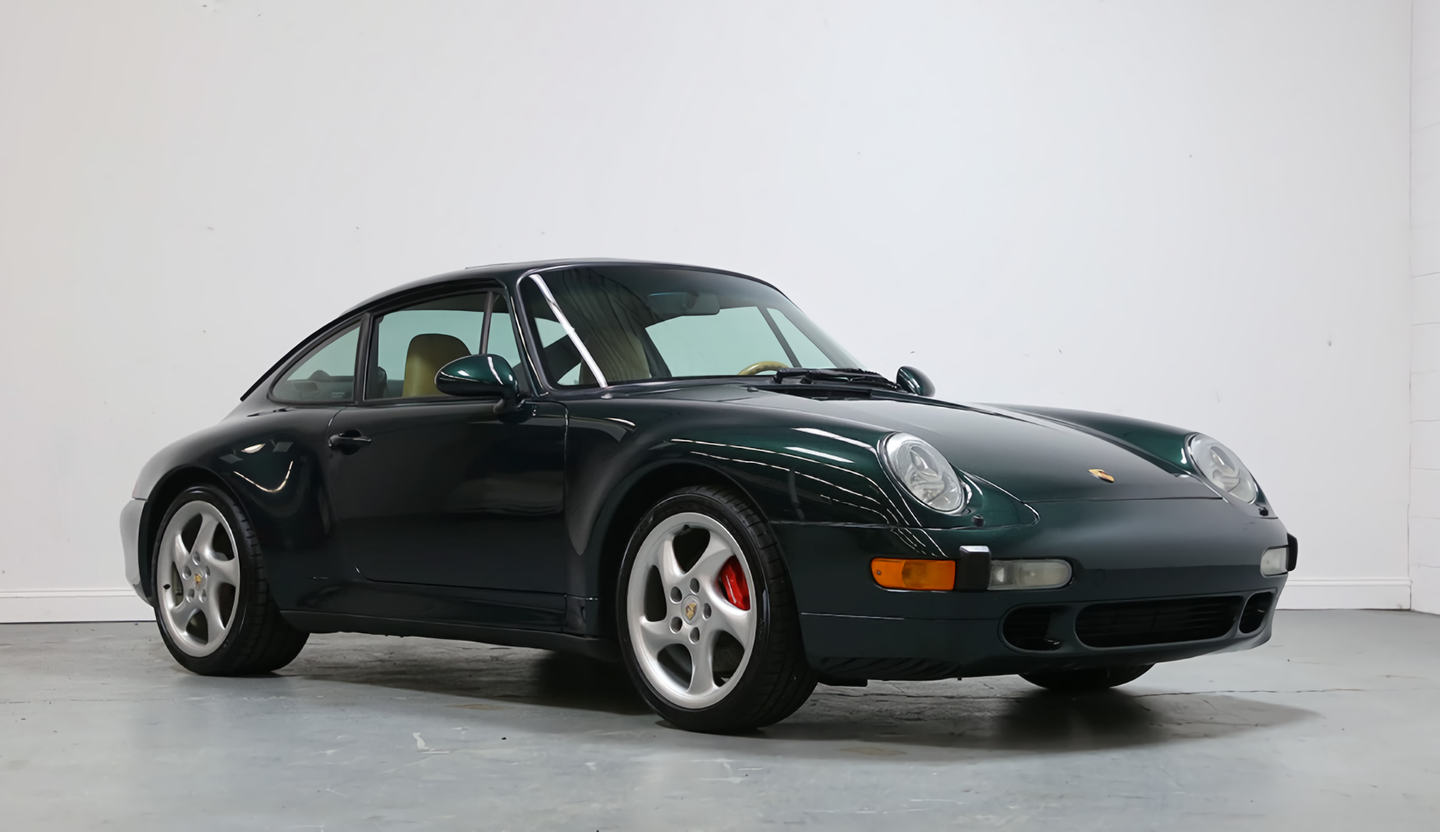 FlatSixes is one of our favorite Porsche blogs on the web—exceptional writing and stellar content consistently grace the front page of the website, thanks in no small part to the dedicated staff behind it including The Drive alum Bradley Brownell. If you're into Porsches, it's likely already saved in your bookmarks bar (if not, it should be).

Started by husband and wife team John and Paula (who publishes articles as Pepper Girl), the site started out as a blog to help keep John occupied after an illness forced him into an early retirement. Initially, the site had a different name: 993C4S.com, focusing on the couple's beloved 993 C4S before branching out and changing its name to FlatSixes.

The 993 stuck around, though, as the green Porsche seen in the site's' logo. Sadly, John passed away earlier this year. Now, his immaculately maintained, low-mileage 993 Carrera 4S—the very car that launched the enthusiast hotbed—is for sale at Sloan Motors.

Resplendent, classy, and oh-so-'90s in special-order Forest Green over Cashmere with wood trim, this might be our favorite 993 color combination ever. It's classy, understated, and one-of-a-kind, a lot like its previous owner.

With just under 50,000 miles on the clock, this 993 has lived a very pampered life. Given the sheer number of articles published about the car over the years, this might be the most well-documented 993 Carrera 4S in existence.

Hopefully, the next owner of John's 993 will continue to treat it with the same love and respect as John did throughout his ownership. Rest in peace, John—and long live FlatSixes.

Porsche can be convinced to make its latest rowdy rally concept the good ol’ fashioned way: with cash.