This 3.8-liter powered mid-year 911 is an amazing Mexico Blue machine 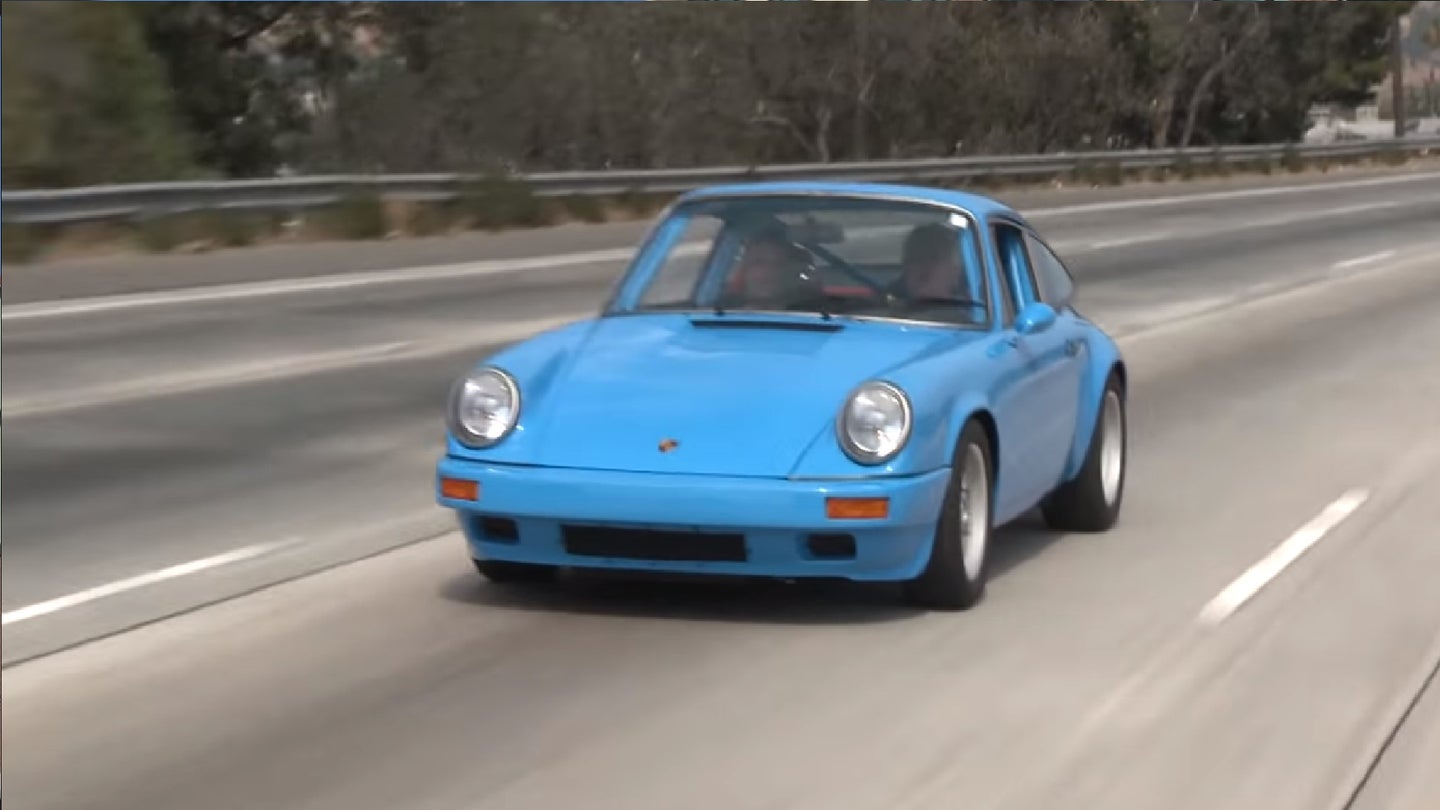 It isn't often that we find a mid-year 911 that we enjoy, primarily because of that Godawful 2.7 liter with ludicrous transition-period emissions controls (like thermal reactors and air injection), and unsavory metalurgy. These engines have a reputations for spectacular failures and leak like a sieve. Thankfully, over the years, many of these cars have had their engines replaced or at least the proper fixes to make them seal better. In the case of this bright Mexico-ish Blue car, Workshop 5001 has thrown the 2.7 liter in the trash and replaced it with a well-built high-horsepower twin plug 3.8 liter engine (built on the back of a 3.6 liter from a 964 model).

Workshop 5001 in Southern California began with an ex-pat Singer employee, and has turned into a burgeoning shop full of exciting Porsches. While the cars featured here are wildly modified with much larger engines than the factory endowed them with, the lion's share of their work is simple, everyday, independent service. It's a shop that is as comfortable restoring a car as it is changing the oil or completely reworking it from the ground up.

In this new video, Jay Leno takes their 1974 car for a nice highway run before attacking some canyon roads. The car has had basically everything done to it that you can do to a 1974 Porsche to make it the perfect enthusiast car for driving in the canyons. It sure looks like a lot of fun if you ask our opinion.

If you were going to hire a shop like Workshop 5001, what kind of 911 would you have them build? Based on the two cars shown here, they have some serious talent and can really make these cars look as good as they sing. What colors, options, or engines would you pick for your mid-year hot rod Porsche?

This kit isn’t available from retailers in the US, so I had to buy one from eBay Germany.

Just don’t call it a Singer.