Porsche’s 911 Is The Most Common Collectible Car In Washington State? 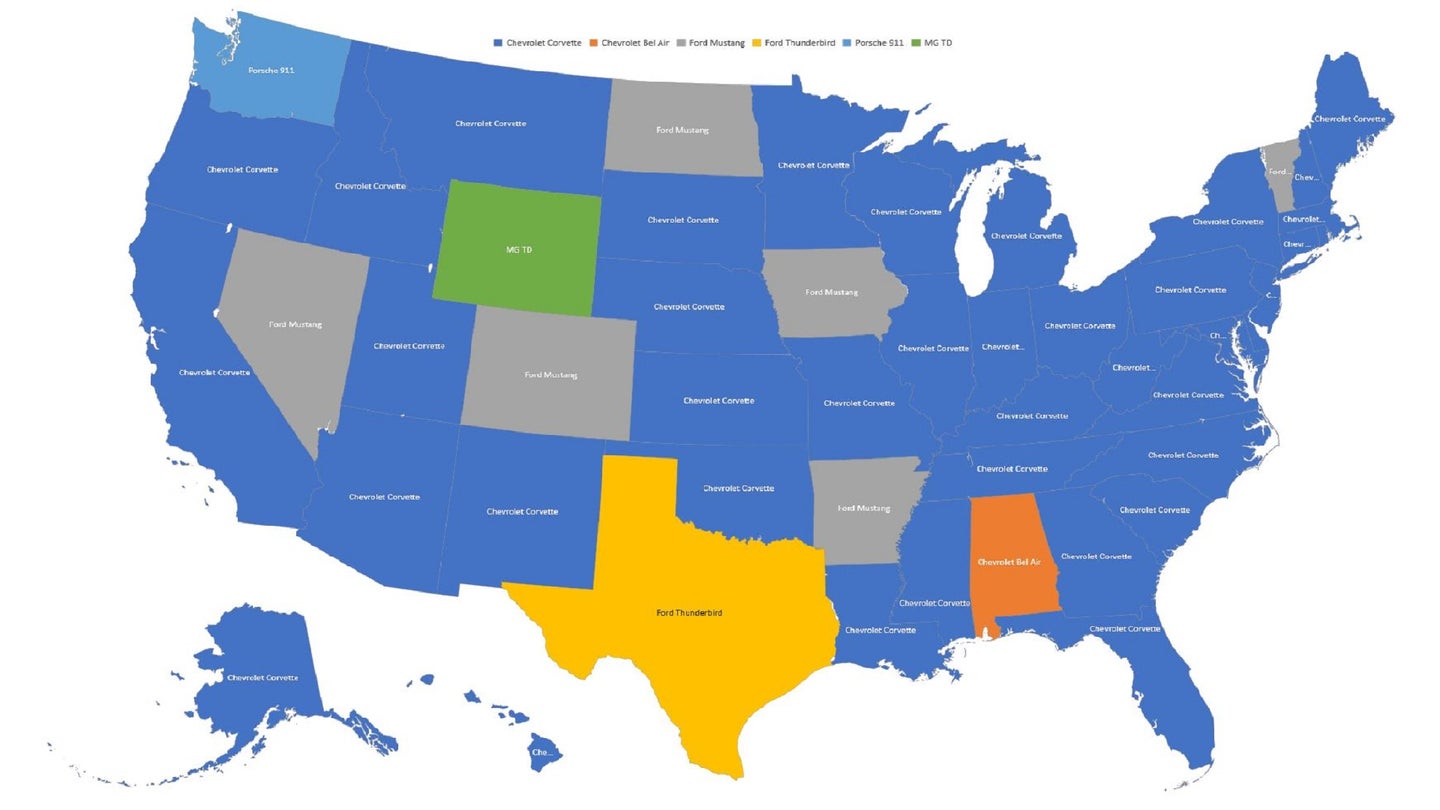 It is hardly a secret that Americans love their Corvettes, and Mustangs. Those muscle cars are highly sought after by lifelong collectors and devotees, plus they were made in significant number for decades. Ford sold two million Mustangs in the 1960s alone, while it took Porsche until just recently to sell that many 911s. So, when Hemmings decided to determine which states loved (and listed) which collector cars most, it's hardly a surprise that most of the country is dominated by that muscle duo. In order to derive this interesting data set, Hemmings trawled through their classic car listings dating back to 2010 looking for the most common listing in each state.

We were blown away by the fact that "Porsche 911" was one of the non-Mustang/Corvette listings, in this case, for Washington State. Based on our entirely unscientific search for Porsche collectible cars in Washington State among Hemmings listings, we found a number of 911s listed by the same source; Bellevue, Washington's Park Place Limited. They currently have 13 Porsche 911 listings on the site.

If you wipe Mustang and Corvette listings from the data, you see twenty states overtaken by Chevrolet's Camaro. The interesting thing that arises, however, are two more states showing "911" as their most common collector car listing: California and New York. California makes sense, as there are plenty of brokers and vintage car sellers offering Porsche's rear-engine sports car, but New York still remains a surprise.

To see more infographics derived from this data set, check out the full discussion on Hemmings.com. We really like data, and this was a fun and interesting experiment on their part.

You Can Play Ms. Pac-Man On Google Maps

Just remember that you shouldn’t play while you are driving.