Someone better tell her motorcycles don’t spawn in real life. 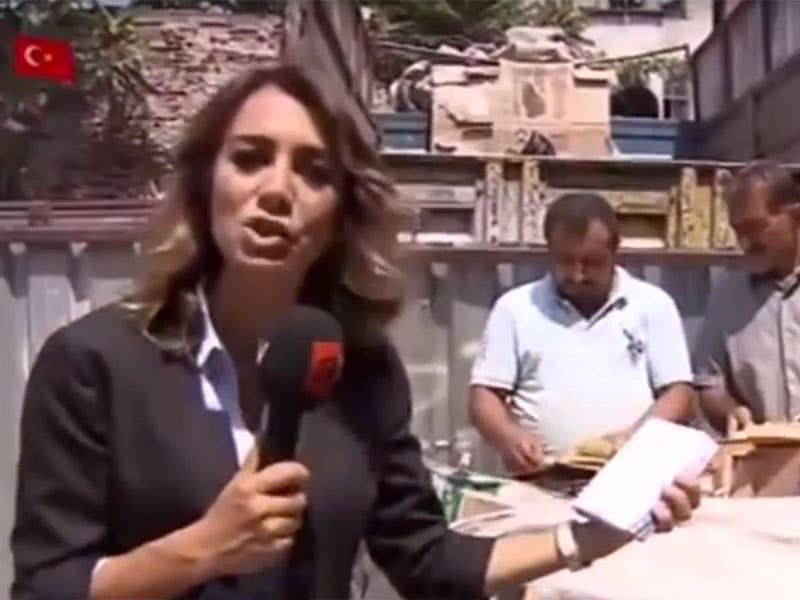 Well, that's awkward. While going through a bag of trash on the air recently, a Turkish TV reporter came across what she identified as a notebook containing secret messages from the recent failed military coup. Unfortunately for her career, however, the notebook she thought contained military secrets was actually a list of cheat codes for Grand Theft Auto IV.

The video, which was first uploaded to YouTube on Tuesday and gained popularity when it was shared around Reddit, shows a female reporter with Turkey's ATV Ana Haber news program in the midst of a broadcast from the field. In the clip, she is seen picking up a notebook from a large bag that looks to be filled with discarded books and papers. Seems like solid journalism so far; after all, every good reporter knows the trash can be filled with scoops.

The problem, though, arises when the journalist seems to interpret the writings in the notebook as secret codes used during Turkey's recent coup. But as the translation shown in the video (as well as those provided by other media outlets) reveals, the words were actually just cheat codes for the violent-yet-entertaining video game GTA IV. While vehicles such as helicopters and motorcycles would indeed qualify under the category of "Things You Can Use In a Coup d'Etat," tragically, they do not appear out of thin air by punching a few buttons.

Y’know, in case you somehow get sick of stealing cars.

Plus, Detroit Bikes makes a three-speed and tasty brews from Brewery Ommegang.

Because not playing as an orangutan seems foolish.