Rearview Cameras Are Now Required in All New Cars Sold in the U.S.

Even the least expensive, most simple cars must now provide a rear view on a screen when backing up. 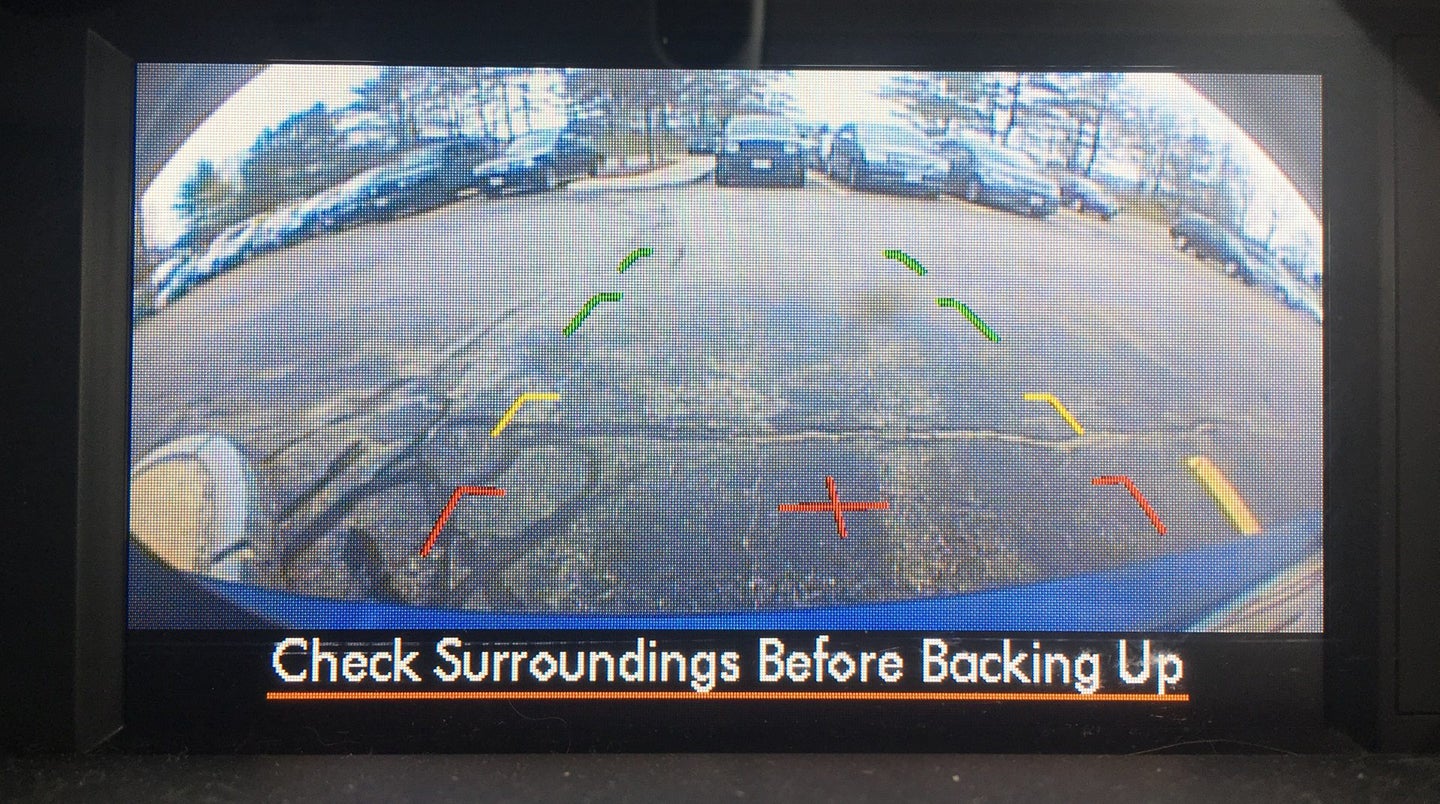 Effective this week, all new cars sold in the U.S. must now be equipped with rear cameras and screens that will show drivers what's behind their vehicles while in reverse gear.

Congress passed the law requiring backup cameras in 2008, but its full implementation was delayed for several years. Finally, in 2014, the Department of Transportation announced the effective date of May 2018, providing manufacturers time to implement the technology.

When I was an instructor for the advanced driving school In Control, we demonstrated to students that you can't rely solely on your mirrors to see behind you. We would pick a random student out of the crowd to get into a car and adjust the mirrors. At the same time, another instructor would sit on the ground in back of the car, visible to all of the other students.

Cars didn't have backup cameras at that time, but the exercise clearly demonstrates why they are important today. There is a large area behind the car that neither mirrors nor the view out the back window will show you. Backup cameras show this area to the driver, enhancing safety.

According to the National Highway Traffic Safety Administration report given to Congress when considering this legislation, 221 people were killed by non-traffic (not on public roads) backover crashes in 2007, and 14,000 people were injured.

Many manufacturers have installed rearview cameras as optional or standard equipment before they became mandatory. The number of injuries and deaths due to backover crashes is now expected to significantly decrease now that all drivers of new cars will have a clear view behind them as they back up.

To date, Honda has already sold a million cars equipped with the system.

It will eventually be standard on all Ford passenger cars and SUVs.

Will V-TEC Kick In (Yo) In Reverse?

An experiment for the ages to answer the question we’ve all been asking.