The fastback Miata is great...but it could be even better. 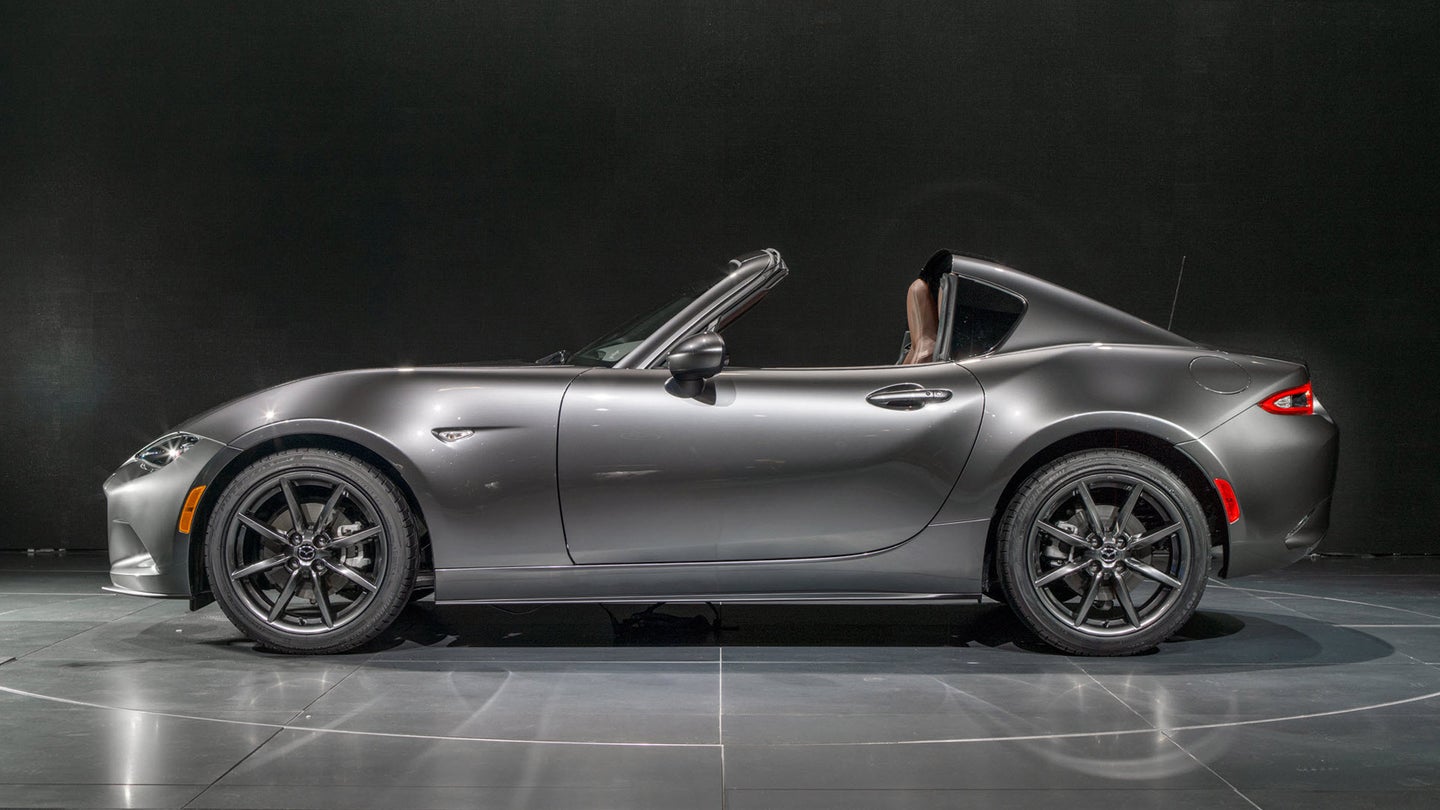 Welcome to Critic's Notebook, a quick and off-the-cuff car review consisting of impressions, jottings, and marginalia regarding whatever The Drive writers happen to be driving. Today's edition: the 2017 Mazda MX-5 Miata RF.

The Mazda Miata: What's not to love? Since this little puppy showed up in 1990, it has been the darling favorites of the automotive press, drinkers of white zinfandel, and people who appreciate classic Italian roadsters done the Japanese way—that is, packing all the fun of an Italian roadster, but with the engineering chops and long-term reliability of a Japanese car.

Hell, we've got a 1992 Miata downstairs in the DIY Lab right now with 165,000 miles, and all it needs a little bit of rust removal. We've got a second '92 Miata headed into The Drive's collection of shop vehicles, and that one we're going to turn into a race car. And of course you already know this, but MX-5s are by far the most-raced cars in the United States. The Miata roadster: among the most reliable sports cars on the road, one of the most ready-to-race platforms, and arguably the most fun for the money.

It's been that way goes for all these years. But when, the new MX-5 Miata came out in 2015 as the fourth generation of the venerable car, it marked an awesome refresh. The automotive world gushed over it at the time. Then our jaws positively dropped to the floor when we first got a look at the fastback MX-5 Miata RF, which trades in the regular model's hand-folding soft top for a power retracting targa roof, in the spring of 2016. I spent three weeks in a few different Miata RFs recently—both manual and automatic versions—and I got to know the newest MX-5 quite well...both the good and the bad.

But perhaps the RF's biggest issue is that gorgeous, electrically-retractable roof. It looks good open, it looks good closed, and it looks good in motion. When shut, it's closed tight and as sealed up as it gets. Here's the problem: The fastback's operation is slow. Annoyingly slow. Slow enough to close that you can't safely open or close the top at a stop light unless you hit the switch the split-second the light turns red. I had to drive around in a state of partial opening or closing at least three times because the roof's motors didn't operate fast enough.

Further, the fastback introduces a lot of rearward visibility problems. One of the joys of the Miatas over the years was that when the top was down, you were out there: You could look around, all the way around, and that was part of the appeal. The fastback blocks out a tremendous amount of the light and view in a way I found unappealing. So much so, in fact, that I think I'd prefer the standard top.

There are a few other downsides to the MX-5 Miata RF. It could have more power, sure, and I don't particularly like the headlights, but that's a personal issue. And there's one last thing for the wish list: Adaptive cruise control, please. Just...please.

But otherwise, this fourth-generation Miata is admittedly awesome and impressive. The core product—that basic, affordable, fun-to-drive sports car—is as good as it has been for the last 25 years. The fact that this little roadster now offers a sexier folding hard top just means it has even broader appeal, especially to anyone who lacks the strength or dexterity to operate the manual soft roof.

Mazda, if you work out those little problems, a future Miata has my name on it.

Car looks best: From the side with the roof up