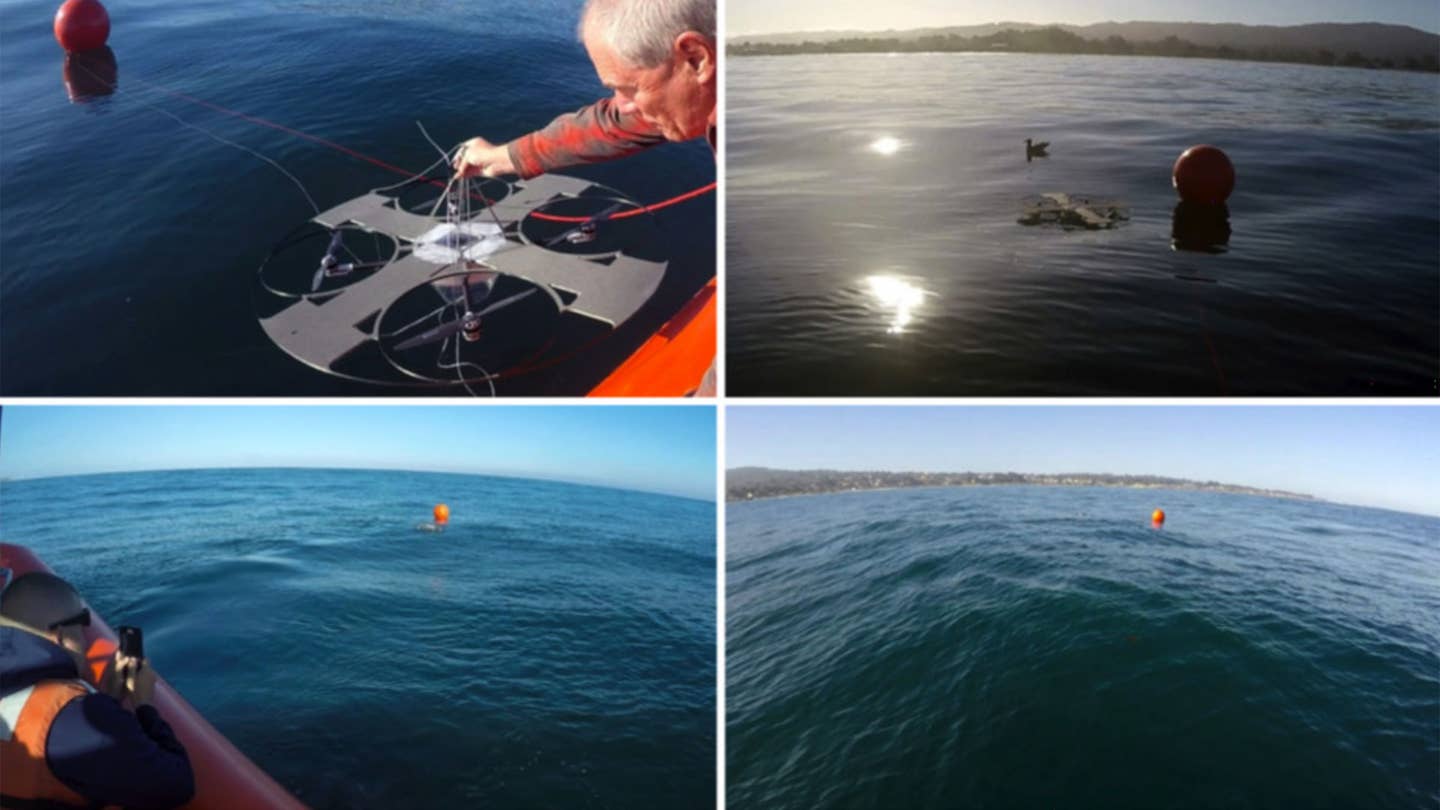 In a few years there is nowhere drones won’t be, let’s just get clear on that. Delivering packages, towing cars, acting as first responders, repairing your organs – everywhere. That includes the oceans, with news that the US Navy is preparing its Aqua-Quad to be a flying, floating, sub-hunting drone, able to work alone or in teams. The Navy has a few really smart friends on this research track, too. Last month John Hopkins University showed off its CRACUNS amphibious drone that can lurk hundreds of feet underwater for long stretches before bursting forth to do what we’re sure are kind, gentle things. Last year Rutgers University touted its Naviator amphibious drone that could do things like examine bridges. Or kill you in your sleep while you nap on the beach in Bora Bora.

The seven-pound Aqua-Quad prototype isn’t built to spend time underwater. It pairs the functions of an ocean drifter – a buoy, for all intents – with a drone. The salient feature is its flight system, four carbon fiber rotors set inside a ring about 3.5 feet in diameter. In between the rotors are crossbars covered with 20 photovoltaic cells, gathering solar energy as the only source of power for the battery housed in the watertight cylinder below.

It floats on the surface most of the time, the prototype can fly for about 25 minutes when necessary, and would tow sensors that sound out underwater objects like submarines or marine life. This mission would make it a replacement for sonobuoys, which are “dumb,” expendable surface drifters usually dropped from airplanes. The drawbacks of sonobuoys are short battery life and drifting out of the target search area. Junking up the oceans doesn’t help, either. The Aqua-Quad could last for three months on its own, then return home on command or be retrieved.

So far the Aqua-Quad prototype has passed the Navy’s tests, operating at the same efficiency as a full-sized helicopter and performing flawlessly on an overcast day in ten-foot swells in Monterey Bay, California. Development continues on maximizing solar power usage, recovery options and working in squads. They are also working out ways to make sure it can right itself if it gets flipped over, because nothing would be less cool than having your high-tech military stalker turn into a dead, carbon fiber jellyfish.