2022 Mazda CX-5 Gets Standard AWD, and So Does Every Other Mazda Crossover 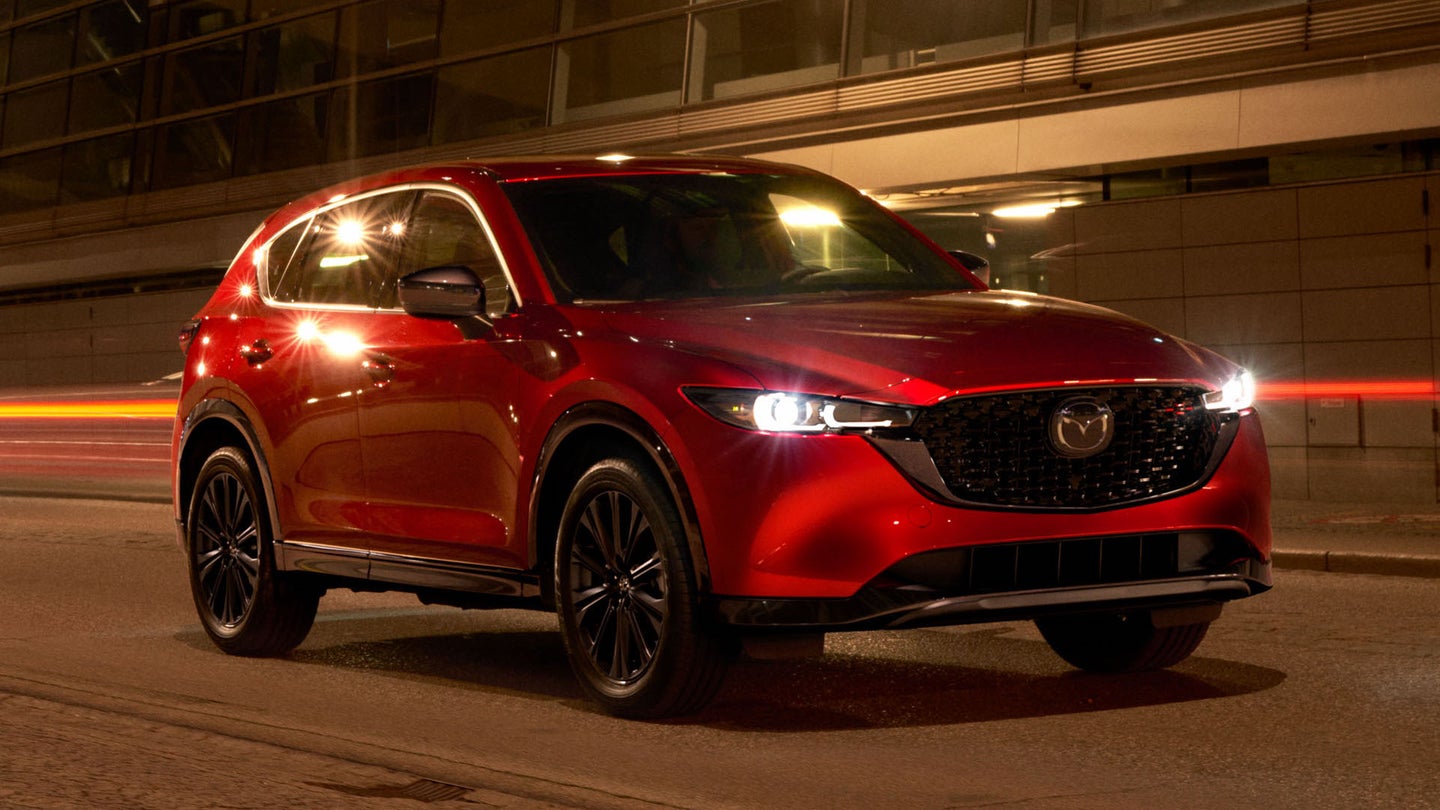 Believe it or not, the current-generation Mazda CX-5 has been around for five years now. In my eyes, it still looks pretty good and, evidently, Mazda thinks so too because for the model's 2022 refresh, it hasn't fixed what wasn't broken, keeping design changes subtle.

More notably, however, Mazda took this opportunity to say that starting in the 2022 model year, all CX-branded Mazda crossovers—namely, the CX-30, CX-5, and CX-9 (the CX-3 has been discontinued)—will come standard with the company's i-Activ all-wheel drive. All of those models previously came standard with front-drive and offered AWD as an option.

In addition to baked-in AWD, the 2022 Mazda CX-5 receives a front grille with a new texture and a less angular shape. The chrome part that used to jut into the headlight has been made smaller, and the rear end has also apparently been "refined." It's kinda hard to tell what those refinements actually entail when the only picture we have happens to be a faraway shot from the side with the hatch open. Anywho, the CX-5's headlights and taillights have been updated, as have the wheels. Frankly, if you can spot the changes here without pulling up a picture of the 2021 model to compare, you are a much bigger Mazda nerd than I am.

2.5 Turbo Signature is the new name for the CX-5's top trim (previously known as the just Signature), which now distinguishes itself from lesser CX-5s by way of body-colored exterior cladding instead of black plastic, a look which kinda makes the crossover look like it's naked. Under the skin, Mazda has updated the CX-5's drive modes, redesigned the seats for better comfort and stability, tweaked the six-speed automatic transmission to be more responsive than before, and improved the dampers and frame rigidity, lending to improved NVH isolation and a comfier ride.

This shouldn't really come as a surprise but the CX-5 is, far and away, Mazda's hottest seller. Over the first eight months of 2021, about half of all Mazdas sold in the U.S. were CX-5s, with its volume almost tripling that of the brand's second-best seller, the smaller CX-30. So if this mid-cycle refresh's, er, refreshments don't seem all that drastic, it's probably because they never really needed to be.

In any case, here's exclusive footage from what we imagine was the internal Mazda PR meeting that approved "man casually buys a painting from Danish art gallery" as the theme for the 2022 CX-5's press photos.

Got a tip or question for the author about Mazda crossovers? You can reach them here: chris.tsui@thedrive.com

Its small battery and the EPA’s conservative test cycle aren’t doing it any favors.