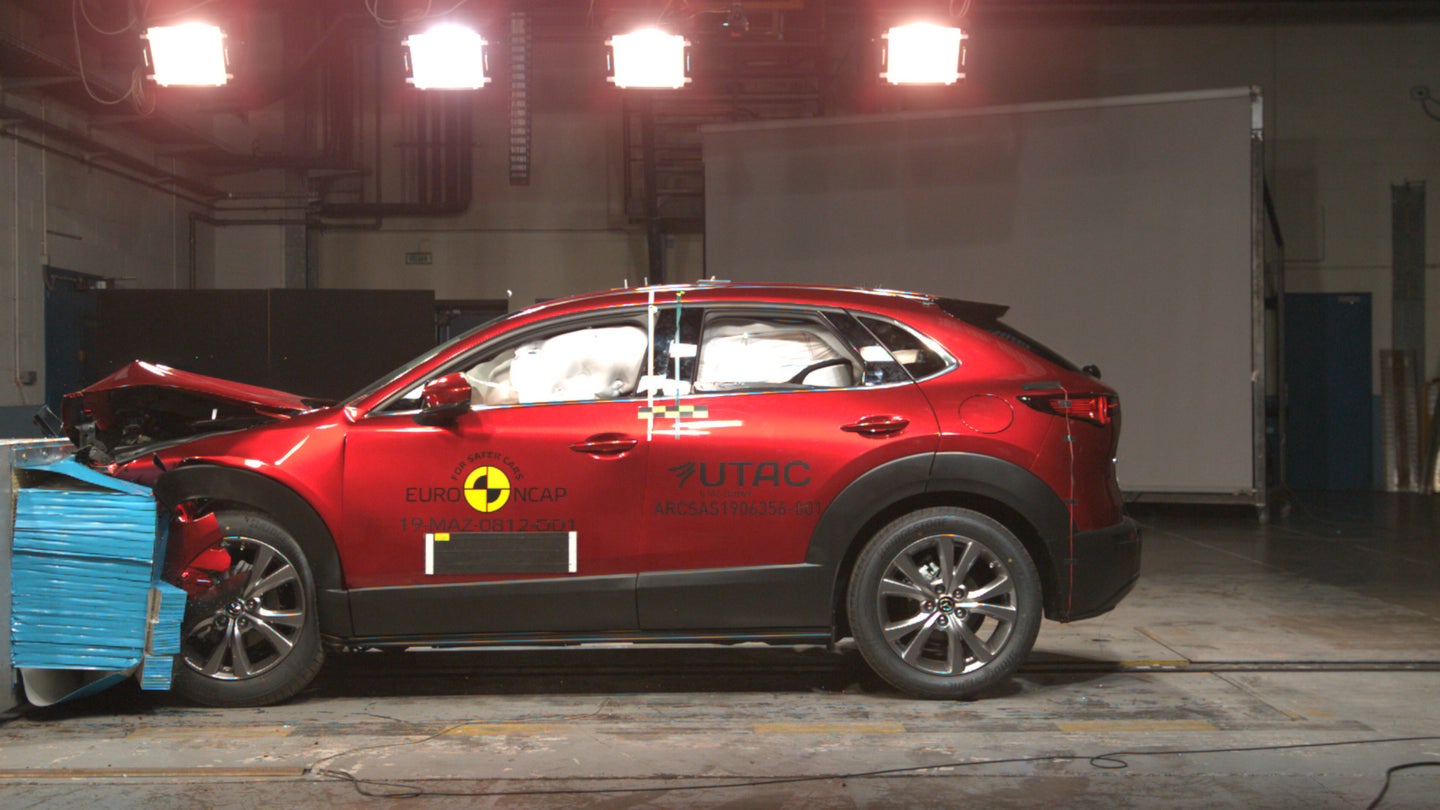 According to Autocar, this quantifiably makes it the safest car Euro NCAP has tested during the 2018/2019 cycle and its revised, more strict procedures. In addition to a coveted five-star safety rating, the CX-30 scored a near-perfect 99 percent in Adult Occupant safety, beating out the fancier Mercedes-Benz GLB and bigger Ford Explorer, two crossovers that also received five stars but specific Adult Occupant ratings of 92 and 87 percent, respectively.

“Congratulations to Mazda for another almost-perfect score in adult occupant safety," said Euro NCAP secretary general Michiel van Ratingen. "There are still several cars to be rated in 2019 but it is unlikely we will see better for this part of the assessment."

A ringing endorsement if we've ever heard one.

The Mazda CX-30 also has the Mercedes-Benz and Ford beat when it comes to Vulnerable Road Users (how much damage the car does in the event it hits a pedestrian) and Safety Assist (how well the car uses technology to prevent accidents from occurring in the first place). In terms of Child Occupant safety, however, the Mercedes edged a small win over the other two, receiving an 88 percent rating while the Mazda and the Ford both scored 86.

The Euro NCAP's series of rigorous tests include full-width front and side impacts, including side pole tests that attempt to recreate a car crashing/wrapping around a utility pole or a tree. If only they'd have a test for flying vehicles like the Porsche and Jeep that recently found themselves flying crashing into structures.

2020 Mazda CX-30: New Skyactiv-X and Manual Transmission Give us Hope for Something Great

One thing’s for sure—it’s a looker.

Volvo aims to completely eliminate serious injury or death in any of its new cars by 2020.