Admittedly, it’s probably the best use of a RAV4 we’ve ever seen. 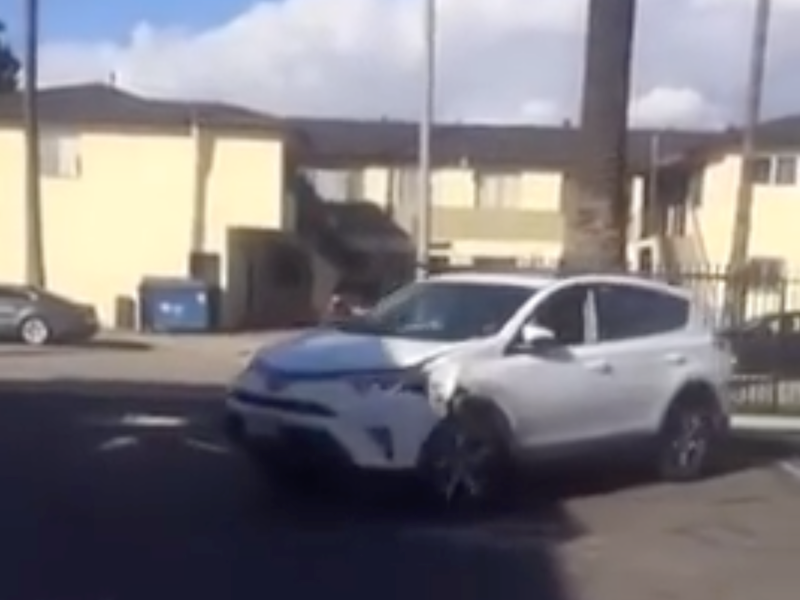 Parking lot brawls may seem like fun and games—at least, until one of the combatants pulls out a Glock. Or, in this case, uses their car as a weapon to damage other cars and hurt other people. An argument between two women in a parking lot in south Los Angeles turned (even more) violent when one of the people involved began throwing fists, which led to one of the ladies jumping into a Toyota RAV4 and taking aim at the other person and another car.

Thanks to a video shared to the YouTube channel "GrindFace TV," we can see that the fight escalated to the point that the woman took to repeatedly driving her RAV4 into a BMW X3, leaving both cars severely damaged. One of the X3's doors was almost completely ripped off.

After leaving the parking lot, the driver in the RAV4 struck a fire hydrant causing a rather spectacular geyser of water to shoot out of the ground.

As of Tuesday morning, no reports about this incident had been filed with the Los Angeles Police Department, officials told the ABC 7 news station.

We have so many questions about this scenario. Chief among them, however: Why in the world would someone go so far as to destroy what appears to be an almost-brand-new Toyota just to make someone else's day a little bit worse?

We can't even fathom the amount of hate that has to be inside someone to become this angry. It's disturbing. The world is a scary place—but road rage like this just makes it worse.