Washington insider with strong ties to big banking to take over the D.O.T. 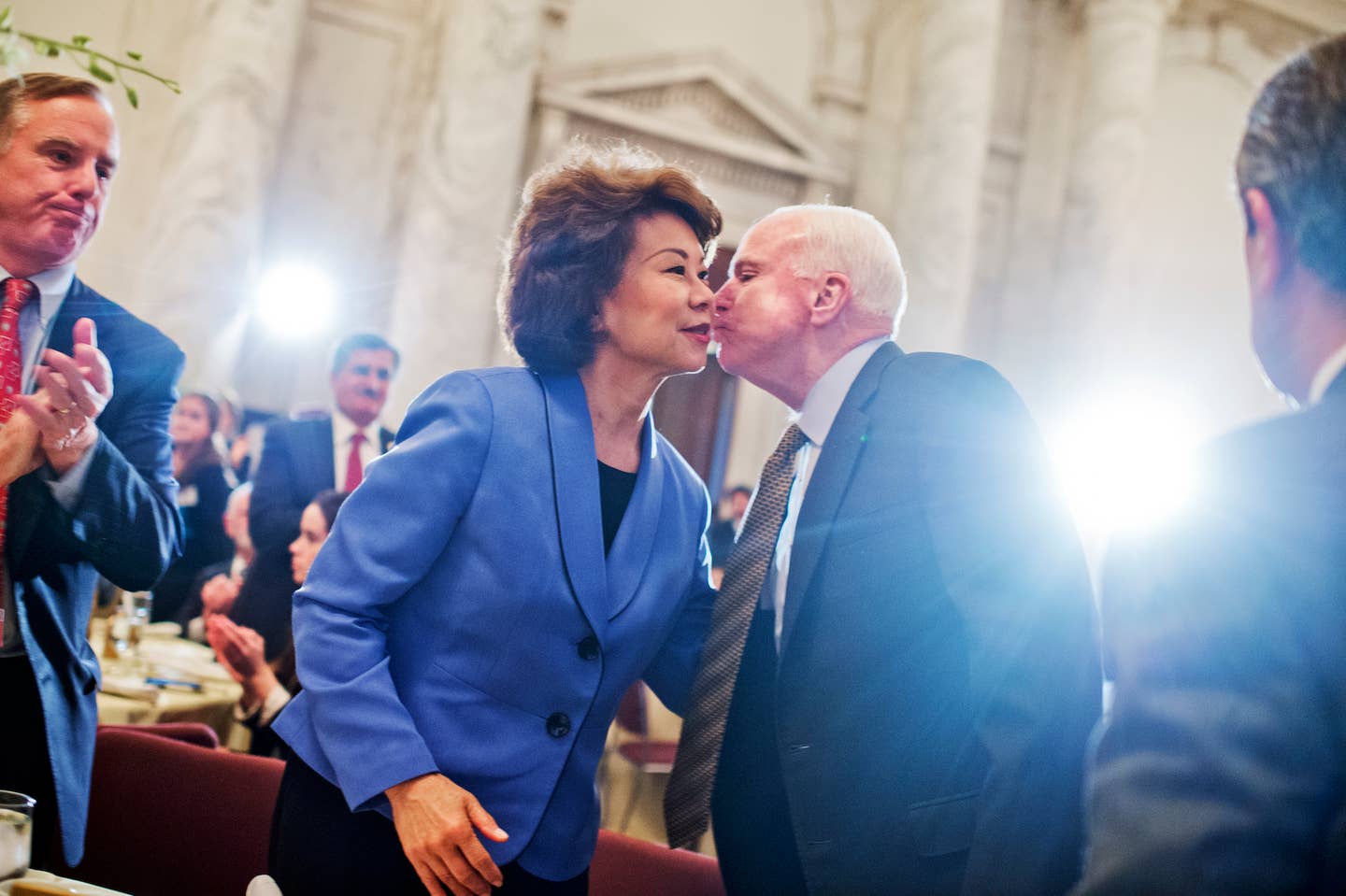 According to multiple reports, including Politico and The New York Times, Donald Trump has tapped Elaine L. Chao as the next U.S. Secretary of Transportation. On the surface, it seems to be the most benign of the president-elect’s cabinet picks, which have spurred political infighting and public outcry. Chao, who is 63, immigrated to the U.S. from Taiwan at the age of eight. She has held several high-level positions in Washington D.C.; has a decades-long track record with the Republican party; and previously served as deputy transportation secretary for George H. Bush, making her one of Trump’s more qualified appointments.

Still, the move raises questions. Chao served as Secretary of Labor for the entirety of the George W. Bush administration, returning the worst job-creation statistics since WWII. She also serves on the boards of both media conglomerate News Corp and banking giant Wells Fargo, which received up to $36 billion in federal aid after the market crash, and, just two months ago, received the largest-ever fine from the Consumer Financial Protection Bureau for scamming customers using online banking services.

Regardless of her competency or special interest ties, Chao has the potential to be a critical player Trump’s new administration. Among his campaign promises is a $1 trillion investment in restoring streets and bridges, as well as the public transit system, over the next decade. It remains unclear whether he will honor that pledge, though, as his campaign promise to “drain the swamp” appears already fallen by the wayside: Chao is married Kentucky Senator Mitch McConnell, the current majority leader, and will be cutting deals with him to collect congressional funding for the infrastructure overhaul.