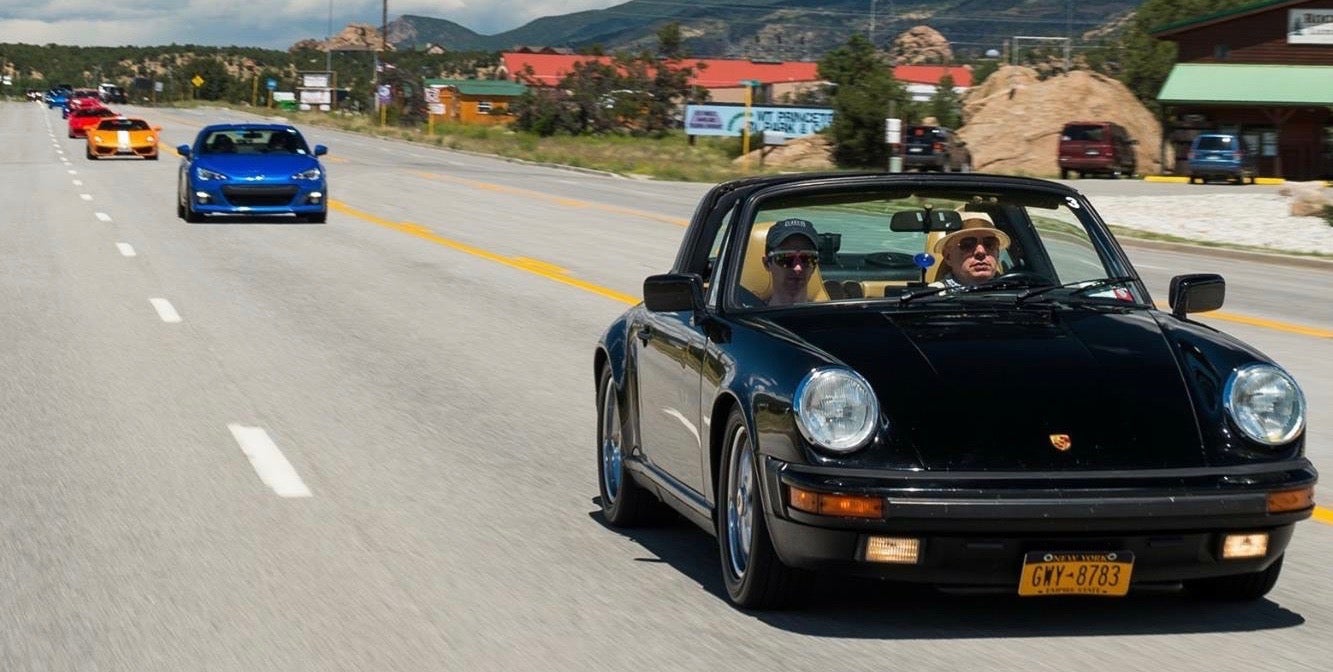 Will humans still drive in the future? I was recently asked to join the debate over at 2025AD, a blog focused on the year many have claimed will be the watershed for the arrival of self-driving cars. I'm pessimistic, but convinced there is a silver lining. My opponent? Journalist John McElroy, with whom I disagree bigly. Watch his video, then read this:

I’m of two minds on whether people will still drive.

The answer, of course, depends on one’s timeline. According to Fight Club, on a long enough timeline the survival rate for everyone drops to zero. Apply this to driving: Once technological barriers to self-driving cars fall, the end of human driving seems inevitable. On a moral level, people shouldn’t be driving at all, if only for 1.) on a personal level, the unacceptably high chance of a fatal or injurious accident; 2.) on a societal level, the shared cost of emergency services dedicated to such events; and 3.) on an economic level, the inefficiencies of entire industries and government organs required to service even the minor accidents that plague our roadways.

As a result, I am absolutely convinced that human driving as we know it will be outlawed, beginning in major urban centers in the first world before spidering out across major arteries to form regional and national autonomous transportation networks linked with multi-modal nodes.

The tipping points won’t be for global, national, or even regional ubiquity, but for local, with interlocking threads slowly strengthening between nodes, intermixed with human-driven and semi-autonomous vehicles.

The Dichotomy of Driving

The moral argument for mandating autonomy is in direct conflict with a fundamental truth underlying human nature. For many, acquiring a driver’s license is a rite of passage that leads to an ownership dream more accessible than home-ownership, and makes real a concept of freedom inextricably linked to a machine that doubles as a figurative expression of self.

There are only two messages in car ads: Have More Sex (one could argue Be More Successful is in there, but that one is pretty much just a subliminal springboard to Have More Sex) and Do You Love Your Family?

This dichotomy tells the entire story of whether people will still drive, because we all know exactly which message will be used to compel people to stop.

On a cultural level, cars are not merely transportation, but transformation. How we drive and what we drive are two axes on the chart of self-expression. However more efficient or safe an autonomous vehicle, it may prove impossible to convince people to relinquish this channel of self-expression without a massive generational shift, if ever, unless forced.

If cars were merely transportation, sports cars wouldn’t exist. Nor would the majority of highly profitable cosmetic and performance options, or the entire aftermarket sector.

Fortunes have been lost betting against human nature, and anyone who believes driving should be mandated out of existence before culture demands it is in for a bitter fight. It’s easy to believe human driving could be banned in Manhattan, Paris, or London on a ten- or fifteen-year timeline. Inspect a map of the United States, however, and overlay voting patterns in the most recent Presidential election, and a picture emerges of the timeline for cultural acceptance of full autonomy.

Texas? Good luck with that.

The fifty-year scenario—the only one that matters to anyone making investments today—is vastly different than the clickbait-hungry media would have us believe. The automotive industry’s focus on reaching full autonomy, and apparent fear and resentment of semi-autonomous technologies like Tesla’s, has poisoned any honest discussion over what’s likely to happen before full autonomy becomes ubiquitous.

The biggest opportunity in the near- and mid-term isn’t full autonomy, it’s the universe of products and services that will orbit semi-autonomy, occasionally overlapping with the onset of full autonomy, based on geography.

Acceptance Will Not Pop Up Overnight

Over time, a patchwork quilt of autonomy-mandated, autonomy-optional, and autonomy-banned zones will emerge. An equilibrium between technologies will be reached, followed by a long plateau upon which people will slowly come to accept increasing levels of automation. Parallel forms of transportation will evolve and interlock with semi and fully autonomous driving, finally giving meaning to the word “mobility”, which has so far been no more than a catchphrase concealing a lack of clear vision for transportation’s future.

Pure autonomy brands will prosper, if they accept the limited scope of near and mid-term acceptance, and fill demand rather than try to create it. Pure driving brands will also prosper, as generations raised on human driving cling more closely to concepts of agency and identity rooted in control and ownership.

Brands that hedge and dilute a century of association with one of the two overarching messages behind automotive marketing will suffer. Porsche has wisely distanced themselves from full autonomy, and will reap the rewards on the long plateau, even once they offer it. BMW? The Ultimate Driving Machine must offer it once available, but it should never be front and center to their marketing. Toyota? Protected, for obvious reasons.

Despite my past as one of the most infamous speeders of our time, I couldn’t be more optimistic about our semi- and fully- autonomous future. The key to cultural acceptance—the only barrier that matters—is developing technologies that help human drivers while letting them retain control, if not a sense of control.

Imagine a Porsche 911 that replicated every 911 ever made. A BMW M5 with a heads-up display that indicated the correct line through Stelvio Pass. A Mercedes-Benz AMG-GT with real-time traffic and condition data for scheduling a Sunday drive, linked to stability control and hi-res maps which would prevent loss of control before entering a turn.

These are all as-yet undeveloped technologies which will enhance rather than detract from driving in a mixed autonomy environment. I wish I could use them now.

At the end of the plateau, some 50-75 years from now, human driving will likely go the way of horseback riding, but only once other forms of visceral self-expression have supplanted the transformative appeal (and, yes, danger) of driving itself. Virtual reality, augmented reality, video games, and cybernetics will all evolve on parallel and increasingly overlapping tracks, converging with concepts of mobility, yielding inconceivable forms of entertainment and leisure.

Eventually, the professional wasteland of racing/driving schools will meet Disneyland in the middle. Racetracks will become mechanical petting zoos and amusement parks, with attendees signing waivers before they risk their lives in quaint machines under semi-controlled circumstances. Imagine Ferrari World was the only place you could drive a Ferrari.

I hope I live long enough to see that. I doubt it. They’re still using pack mules in Mongolia, the Land Cruisers I’ve seen in Africa are pretty much indestructible, and there will always be someone with enough money to buy a human-driving exemption. Actually, that would never work; once autonomy is ubiquitous, no human driver would be fast enough to keep up with the flow of self-driving traffic.

Right now is a good time to be a car guy. The future? Not so much.

Alex Roy, entrepreneur, President of Europe By Car, Editor-at-Large for The Drive, and author of The Driver, set the 2007 Transcontinental “Cannonball Run” Record in a BMW M5 in 31 hours & 4 minutes, and has set multiple "Cannonball" endurance driving records in Europe & the United States in the EV, 3-wheeler & Semi-Autonomous Classes. You can follow him on Facebook, Twitter and Instagram.