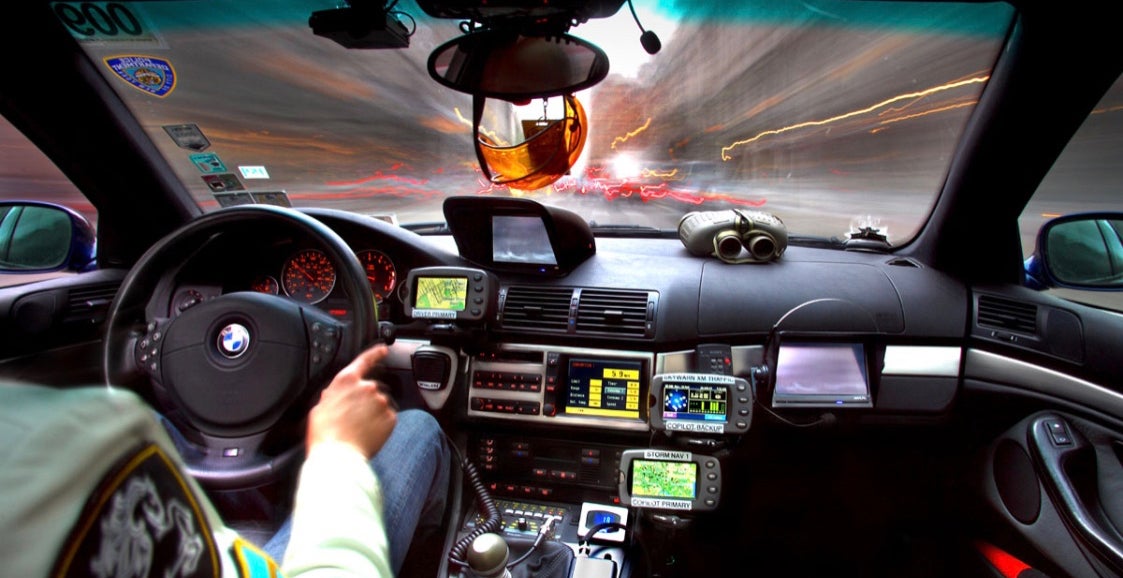 The rumors are true. I am joining Argo AI. If you're unfamiliar with Argo, that's understandable. In a sea of companies trying to "win" self-driving via empty promises and corner cutting, Argo AI is one of the few quietly doing good work. Real investors. Real customers. Adults in charge. No BS. Real progress.

And on January 15th, 2019, I will become Argo AI's Director of Special Operations.

What will I be doing? That must remain secret, for now. I know it sounds crazy. I've been one of the biggest critics of the self-driving sector. I founded the Human Driving Association. Why would I accept a position with one of its leading companies?

Argo didn't hire me despite my harsh opinions; they hired me because of them.

I've assaulted the conceptually limiting SAE Level Definitions, the irrelevance of The Trolley Problem, the stupidity of self-driving leaderboards based on disengagements and miles driven, widespread ignorance of the meaning behind the word "autopilot", industry-wide failure to implement Transition Warning Systems, Tesla's unfortunate lack of a camera-based Driver Monitoring System, Mercedes-Benz's absurd ads for their not self-driving DrivePilot, Uber's shame over the Elaine Herzberg crash, Electrek's bald-faced shilling for Tesla, Anthony Levandowski's hilariously inaccurate claim to a self-driving cross country record, Motor Trend's ignorance of semi-automated and autonomous systems, the New York Times' and Yahoo's irresponsible conflation of Tesla Autopilot with Level 4 automation, GM's short-sighted focus on Cruise Automation at the expense of the brilliant and underappreciated SuperCruise, Bob Lutz's silly argument that the automotive industry as we know it is doomed, and ignorance of the biggest safety opportunity (almost) everyone is missing.

But I've also called out the hypocrisy of my fellow driving enthusiasts—many of whom share my skepticism about the self-driving lobby's claims—for failing to vote, pay or lobby for improved human driving safety, while simultaneously failing to differentiate between good and bad actors in the self-driving space.

Who are the good guys in self-driving? It's a short list, made up of those who have been realistic about timelines, honest about safety, transparent in their demonstrations, clear about what their technology will and won't do, and who possess the financing, partnerships, talent, patience, discipline and moral authority among management to execute.

Argo AI's CEO Bryan Salesky and President Peter Rander aren't utopians or fantasists. These are serious engineers without political or social agendas, building real technology for Ford, their first customer, who invested $1B in Argo AI in 2017.

And rumor has it more customers are coming.

Salesky and Rander are rare among self-driving executives. They're not trying to sell a sci-fi future. There are no buzzwords. Argo AI isn't saying L5 is around the corner, or that humans won't drive. There is just a singular focus on building L4 technology with real-world use cases for paying customers, around which profitable businesses can be built.

I've seen it. I've ridden in their cars. I've gone behind the scenes. I believe in Argo AI's approach.

But none of that would have been enough to convince me to join. No, it was a series of recent conversations with Salesky, the last of which went like this:

“Enough with the jokes,” said Salesky, “what do you want?”

"I want what any sane person should want. I want tomorrow, today. I want it to be reliable. I want technology that enhances my life rather than restricts it. I want tech that works. I want my deliveries on time. I want it to be safe, and to know what 'safe' means before I get in, or buy, or lease, or subscribe to some mobility bull***t. I want to own a car with a self-driving button, but I still want a steering wheel, and I want to set the first autonomous Cannonball Run record, and I want my daughter to have a driver's license, and—"

"The short version," he said.

"I just want this stuff to work. I'm tired of all the BS."

"What if I made you an offer?"

"There are things I won't do."

"I'm very busy," I said, "with The Drive, and Autonocast, and angel investing—"

"And I want to continue with the Human Driving Association. I think it's important, and—"

"If you cut out the silly stuff," said Salesky, "I'm fine with that."

"And I want to break the electric Cannonball Run record again—"

"We'd have to talk about that," Salesky smiled.

"I'm not very negotiable. It's not about money."

"Heeeeeere," Salesky stood up, walked to the whiteboard and picked up a marker, "is what I've got in mind..."

On Tuesday, I start at Argo AI.

Alex Roy is Editor-at-Large at The Drive, founder of Geotegic Consulting and the Human Driving Association. He is also co-founder and host of The Autonocast and author of The Driver. He has set numerous endurance driving records, including the infamous Cannonball Run record. You can follow him on Facebook, Twitter, and Instagram.