Trump Wants Nothing to Do With ‘Crazy’ Driverless Cars: Report

“I don’t trust some computer to drive me around,” the president reportedly said to a Tesla driver at his Bedminster golf club. 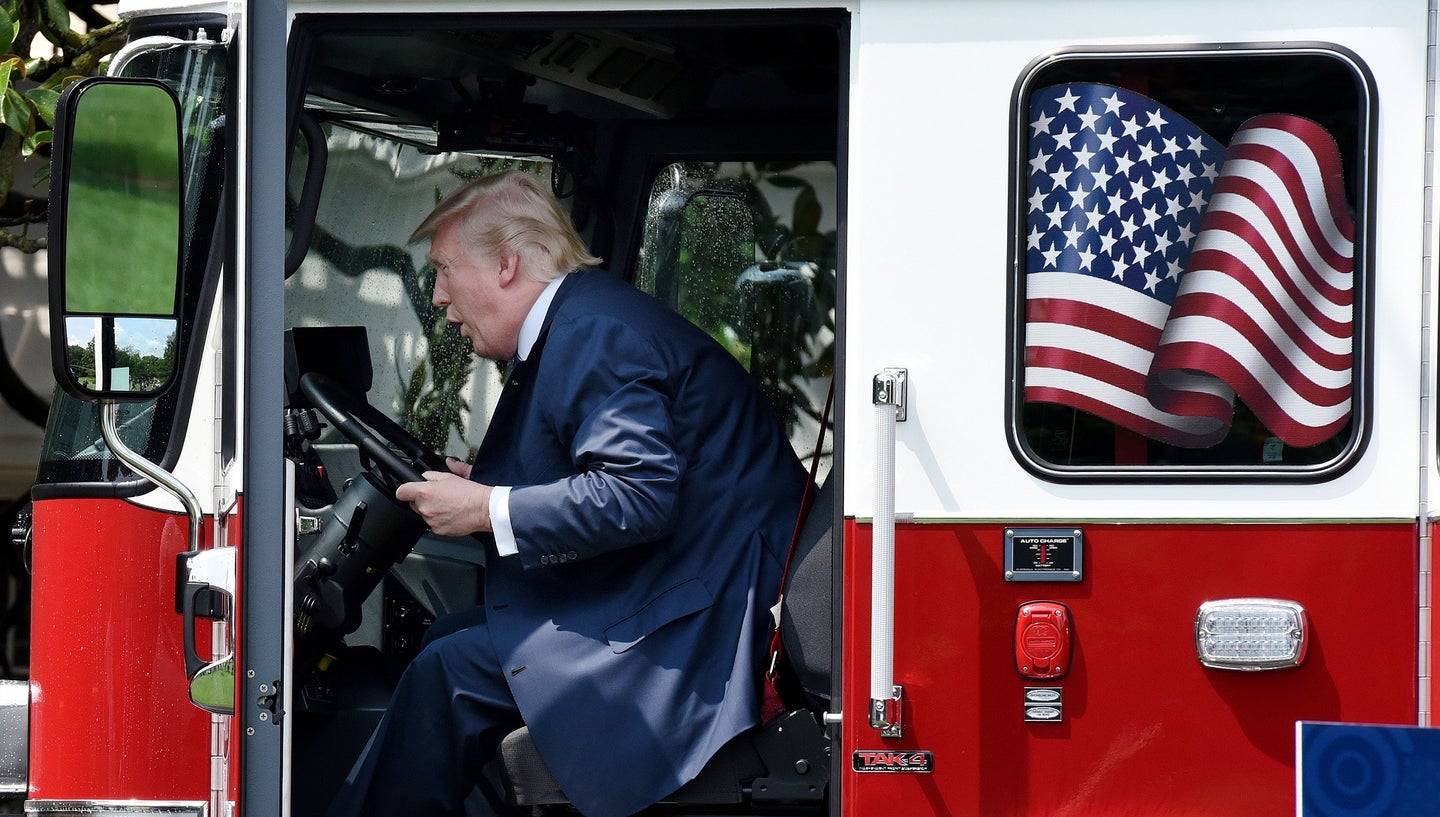 United States President Donald Trump doesn't trust self-driving cars. A recent report by Axios recalls several accounts where the president has been critical of autonomy advancements, calling the technology "crazy" and stating that he doesn't trust computers enough to drive him around, despite relying on the competency of chauffeurs for a large portion of his adult life.

"I would never get in a self-driving car," Trump was quoted telling a Tesla driver at his Bedminster golf club in 2017. "I don't trust some computer to drive me around."

President Trump has known to be critical of autonomous technology for some time. He has often expressed his preference of the human-driven car in a White House meeting with Tesla CEO Elon Musk and has a historic disdain for corporate regulation. A source later called the president an "automated car skeptic" who has made the claim that self-driving cars "will never work."

"Can you imagine, you're sitting in the back seat and all of a sudden this car is zig-zagging around the corner and you can't stop the f***ing thing?" Trump reportedly told another source during a conversation aboard Air Force One.

Perhaps the largest challenge brought forward by the president's skepticism is related to the language of autonomy. Most competitors in the market space are presently semi-autonomous at best, meaning that they still require the presence of a safety driver to take over should something become too challenging or complex for the onboard AV systems to handle. But lumping in advanced driver assistance systems (ADAS), such as Tesla's Autopilot, with a more mature system such as Waymo's offering conflicts the purpose of both products. Simply put, the technologies are not aligned.

It seems that the president is not alone in this matter when it comes to lawmakers. The U.S. government's council on self-driving cars has been all but inactive over the past several years, aligning with the seemingly purposeful stalemate of autonomy regulations.

"A key part of DOT’s mission is to cultivate and encourage innovation in safety by eliminating unnecessary obstacles to the development and integration of new technology," U.S. Transportation Secretary Elaine Chao previously weighed in. "Our approach will be tech neutral and flexible—not top-down, or command and control."

The self-driving industry has since looked inward for self-regulation. The National Highway Traffic Safety Administration rewrote its safety standards in late 2018, yet no clear road map for the nation's adoption of the rapidly approaching tech exists in full capacity. Last week, at the SXSW festival in Austin, Texas, Chao announced the founding of the Non-Traditional and Emerging Transportation Technology (NETT) Council, a committee within the U.S. Department of Transportation which is tasked with "resolving jurisdictional and regulatory gaps."

But companies won’t be able to charge for the rides.