Efforts to pass a bill that would speed up adoption of self-driving cars are likely to be thwarted before Congress adjourns, per Sen. John Thune. 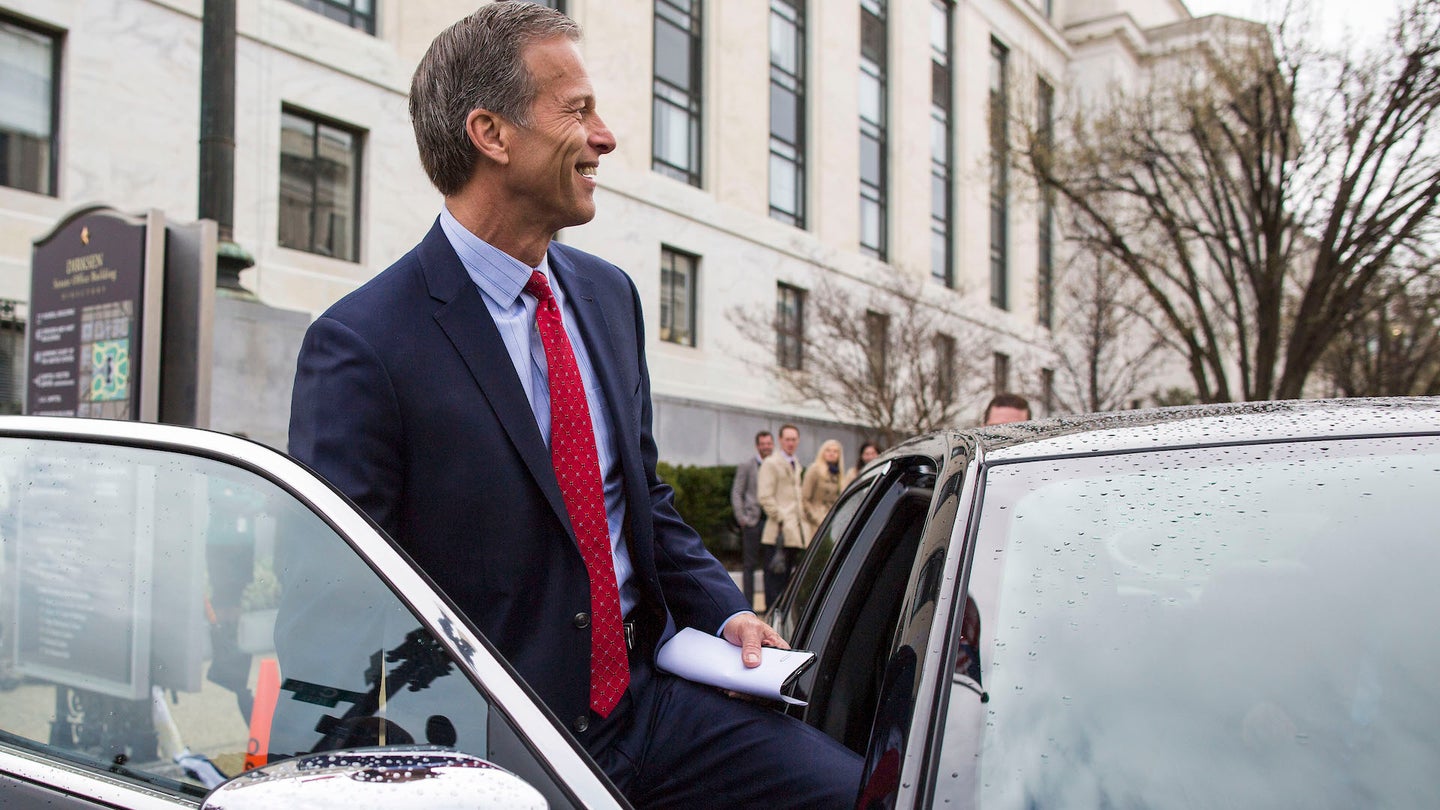 Chairman of the Commerce Committee, Sen. John Thune (R-S.D.) said a bill he’s spearheading that would accelerate the adoption of self-driving cars is now “a long shot” to pass before Congress adjourns in the next few weeks, Automotive News reports.

Thune’s position is shared by many automaker lobbyists and congressional aides who believe passing this bill will be even harder next year when both Democrats and Republicans gain shared control of Congress.

As it stands, opposition of the bill revolves around a purported lack of safety measures included in the draft, with supporters claiming this legislation could save lives, and that it would finally conquer a heap of regulatory obstacles that were created for human-driven vehicles in the first place. The push-and-pull between these two sides have created a kind of stalemate which, according to Thune, won’t be resolved before Congress adjourns.

“It’s a long shot but we have successfully knocked down a lot of the barriers,” said Thune. “It seems like every time we clear one they put another one up.”

Preliminary measures on behalf of Thune and others to combat this tug of war and alleviate Democratic senators of their concerns include a five- to seven-year sunset clause from automakers, which would require Congress to address self-driving car laws in the 2020s.

Sen. Gary Peters (D-MI) and some of Thune’s staff distributed a revised draft of the self-driving car bill that aimed to resolve this legislative stalemate, with Peters saying he was “focused on finding areas of agreement with our colleagues and getting a bill signed into law before we adjourn at the end of the year.”

Not all is lost, however, as Thune said negotiations with staff for several Democratic senators about the safety concerns of self-driving cars have already begun, in the hopes of making substantial progress before the impending Congressional adjournment.

“If we can demonstrate that we have the votes to pass something here, we can get the House on board,” explained Thune. On the other hand, while the senator did say the bill was still “alive,” he added that “it’s not real alive.” For those who are eager to see some thorough progress on the matter sooner rather than later, of course, that isn’t entirely confidence inspiring.

Thune and Peters have been hard at work on garnering Senate approval of this bill for more than a year at this point.

Gloria Bergquist, a spokesperson for the Alliance of Automobile Manufacturers which represents major automakers such as BMW Group, Ford Motor Co. and General Motors, said hampering the bill is mainly affecting American citizens, which is all the more reason to keep pushing forward.

“Without legislation from Congress, lots of important work that would benefit Americans slows down…we will keep pushing for legislation to pass,” said Bergquist.

How Sympathy for Tesla Almost Turned Me Into a Republican

Not even close, actually. But I agree with the Texas GOP on one simple thing.