And it's for sale. In Florida. 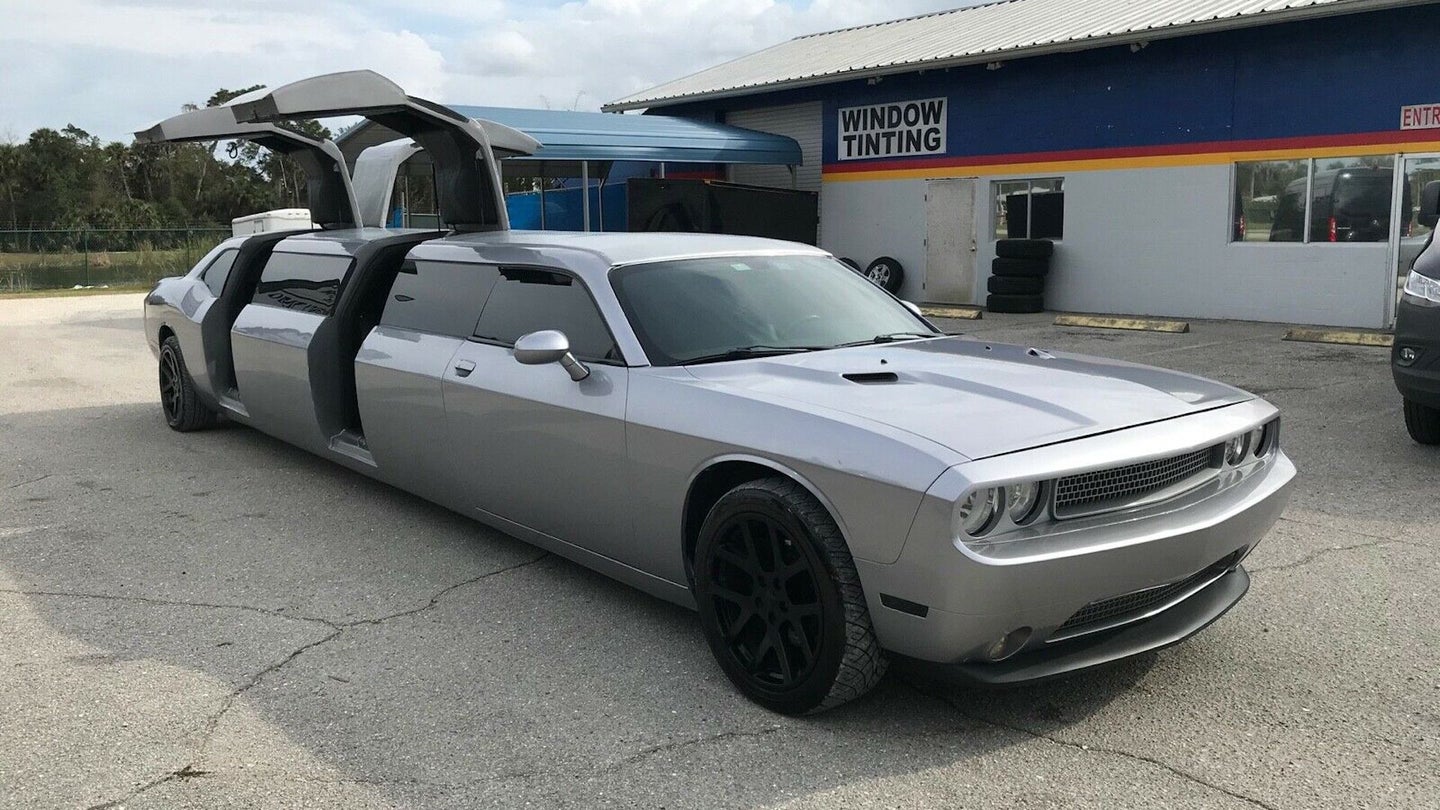 Living by the rule of Mopar or no car makes life tough. After all, all of its top offerings like Challenger Hellcat Widebody and Durango Hellcat aren't exactly cheap nowadays. Perhaps a collective approach is best? Should members of the local Mopar car club pool their money together, they can scoop up this 2013 Dodge Challenger SXT limousine that's for sale on eBay and visit places as a group, rather than as individuals.

Converted into a limo in Florida—of course—in 2015, this limousine is a good 70 percent longer than a stock Challenger, with 140 inches (or 11 feet 8 inches) added to its midsection, more than doubling its wheelbase. Between those wheels, its builders fit two pairs of gullwing "jet" doors, which open on a fairly generic stretch limo interior. Inside, there's the usual leather (or its approximate) everywhere, bench seating for as many of your bros as you're willing to touch elbows with, a large TV, and a dry bar whose countertop—if real granite—could account for a tidy chunk of the claimed $175,000 build cost.

The vehicle history check identifies this elongated Dodge as an SXT with a 3.6-liter Pentastar V6 in lieu of a Hemi V8. It also outlines a history involving flood damage, though this evidently occurred before it adopted the life of a limousine. Its seller alleges the flood title stems from a Dodge dealer writing off its entire inventory after six inches of rainfall flooded its lot, allowing it to enter livery service for cheap. No water damage-associated problems have reared their heads according to the seller, who claims the car runs and drives fine, as it ought to for a vehicle with under 80,000 miles. 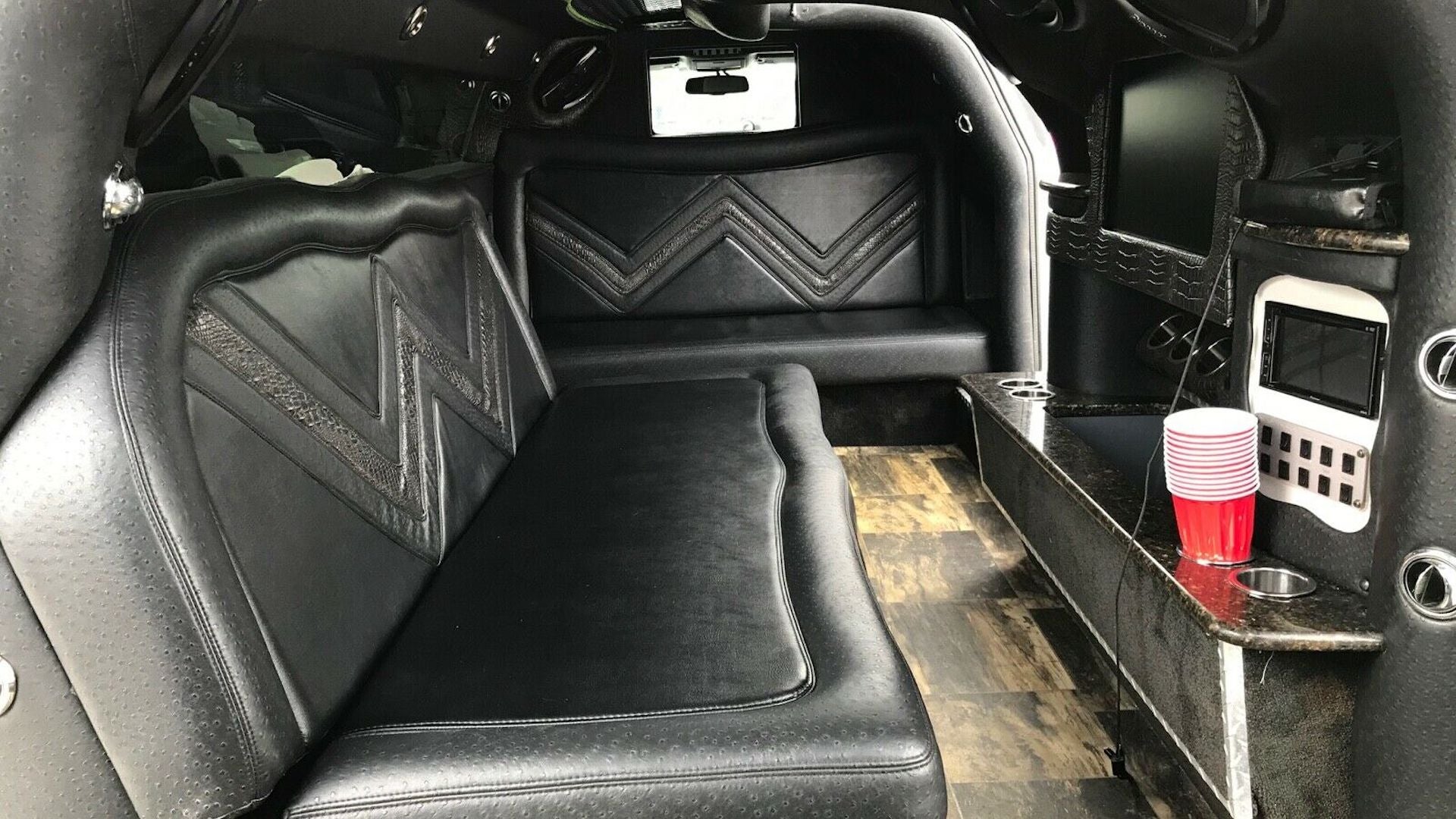 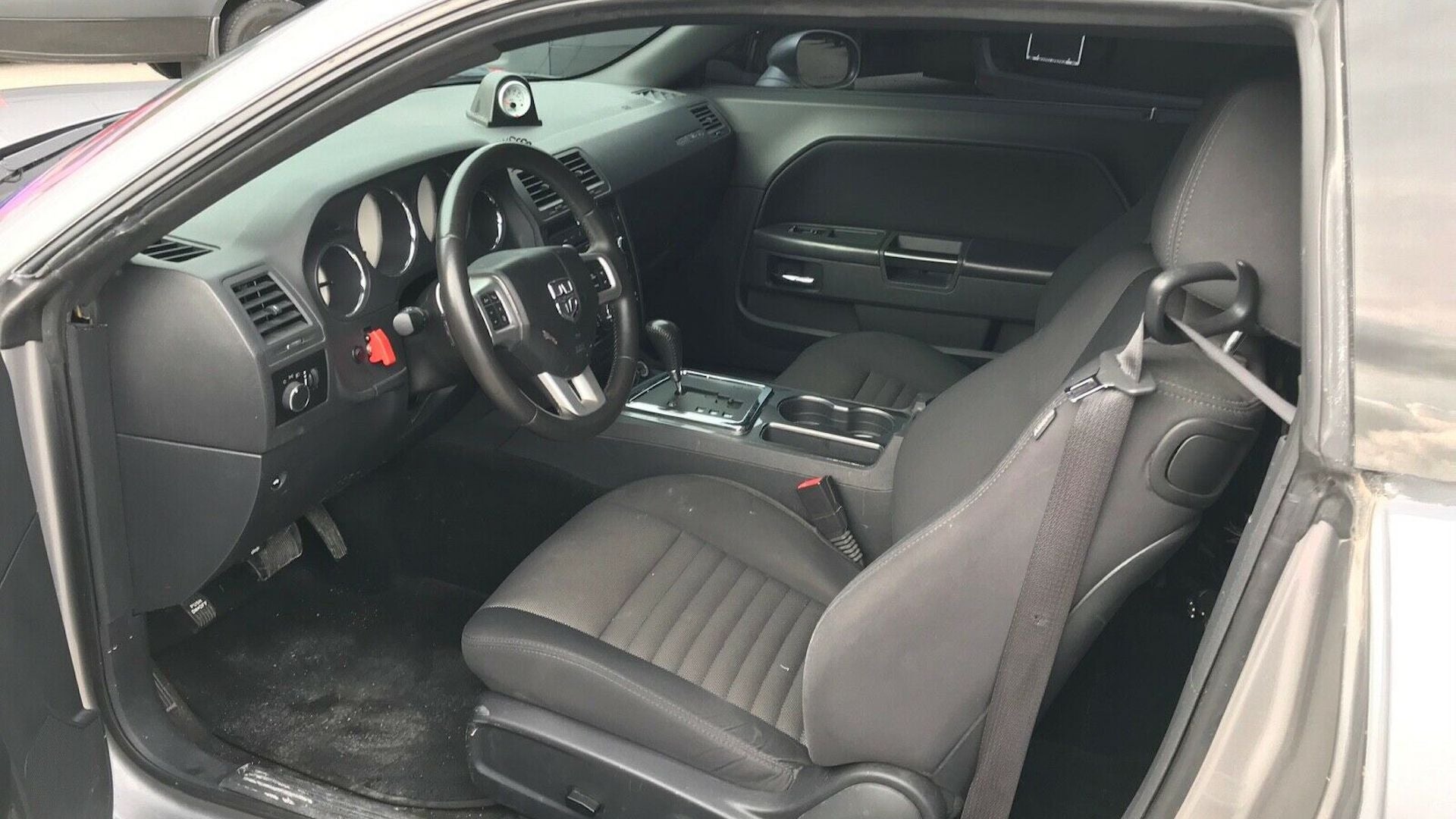 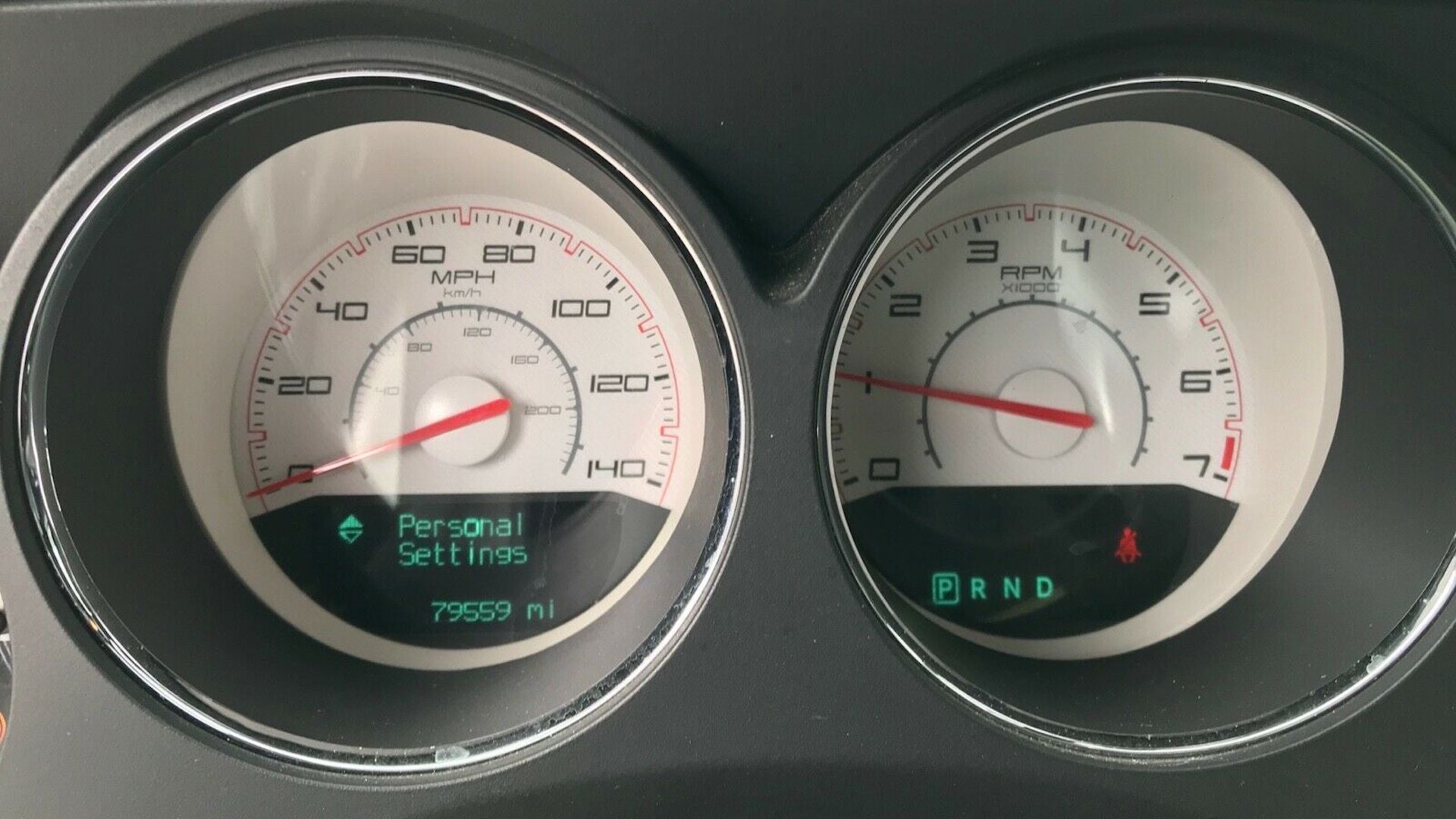 But being a former commercial vehicle, those 80,000 miles will have been hard-lived, the added mass of the stretch and extra passengers accelerating wear on its drivetrain. And head-turner though it may be, $32,500 is a lot to pay for a 2013 Challenger SXT with this kind of mileage, especially seeing as an SRT8 without 12 feet added to its midsection can be had for less. So, unless you feel like being the one to bring the Titanic theme back to the 24 Hours of Lemons, or one of its rallies, this Challenger may be worth passing on.