Stupid is as stupid does. 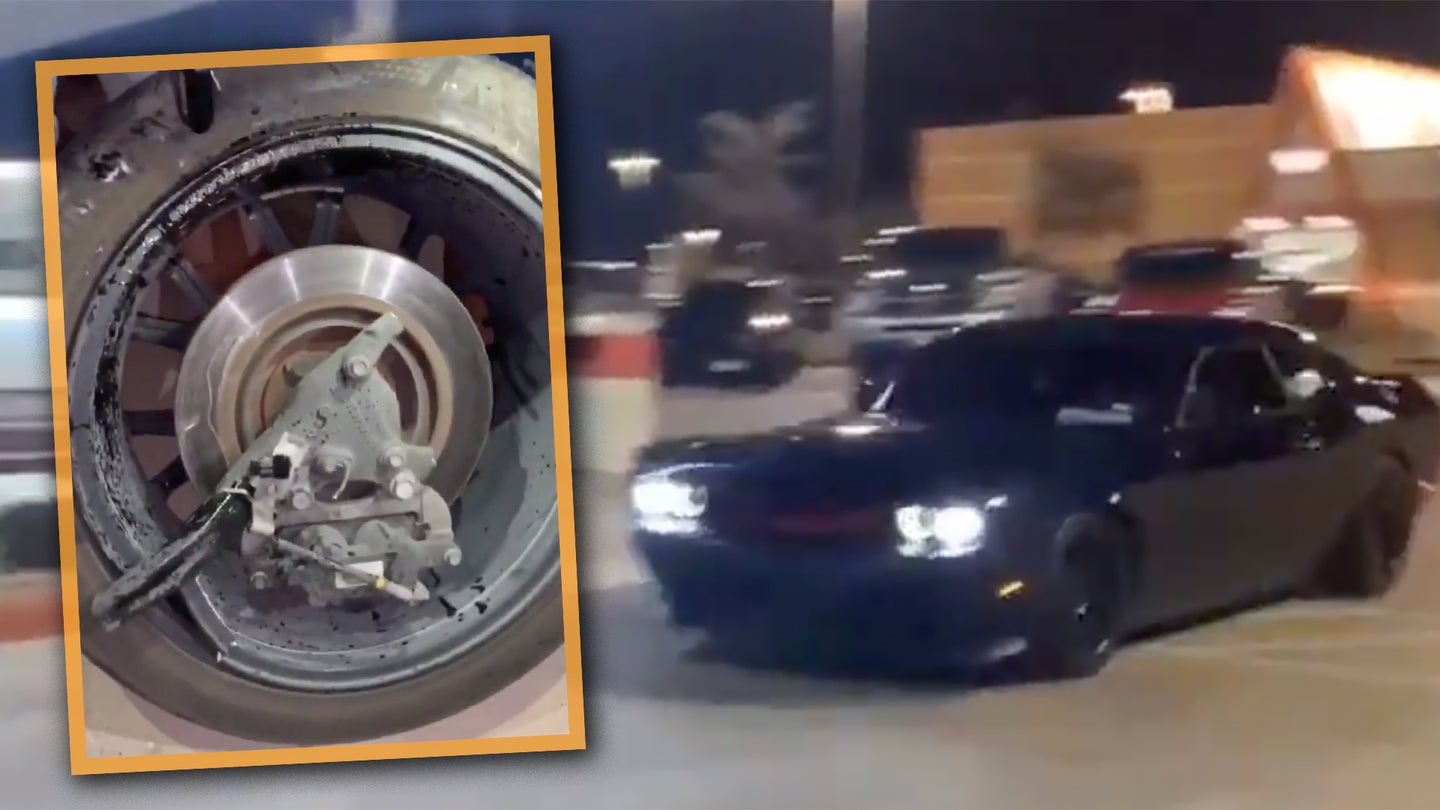 Stereotypically, it's Ford Mustang drivers that we see causing problems in parking lots and side streets, but today’s episode of “Narrowly Avoids Death” is brought to you by a V8 Dodge Challenger. In a video posted to Twitter last week, we get to see what happens when a bunch of horsepower teams up with a person that has little regard for their safety or the wellbeing of others. Luckily, instead of a visit to the hospital, it only ends in the showboating hotshot eating a piece of humble pie.

In the short clip, we can see the driver launching what sounds like either an R/T Scat Pack or Hellcat model of the Challenger across a crowded parking lot. The fun ended when the driver hopped a curb and slid off into the grass. The driver’s “friends” make sure he knows that they have no sympathy for his situation, though we’re guessing they had more than a passing role in encouraging the act.

The impact sheared off a front wheel, hub and all. Between everyone laughing, we can see the wheel being excavated from the dirt with a cracked rim and the entire brake assembly still attached. Those that gathered around to inspect the damage clearly found plenty of entertainment in the driver’s situation, with one person asking, “Aye bro, can I have your Brembos?”

The Challenger can be had with up to 797 horsepower in Hellcat Redeye form, and even the lower-trim Scat Pack model has a 392 Hemi V8 with 485 ponies. That’s a lot of power to put in the hands of someone with no ability to control it, as we can clearly see here. The driver’s day (and car) were certainly ruined, but the outcome is about as good as it gets for all involved. Nobody was hurt and, other than the car, no property appears to be damaged. It also appears that the stunt didn’t draw the attention of law enforcement, though the video could change that. At the time of this article, it has nearly 5,400 retweets and over 20,000 likes—more than enough to get their attention.

The turbo power plant could carry the torch passed on by the old Chrysler “Slant-Six.”