Only 501 of these high-powered muscle machines will be built in honor of the original '69 Charger Daytona. 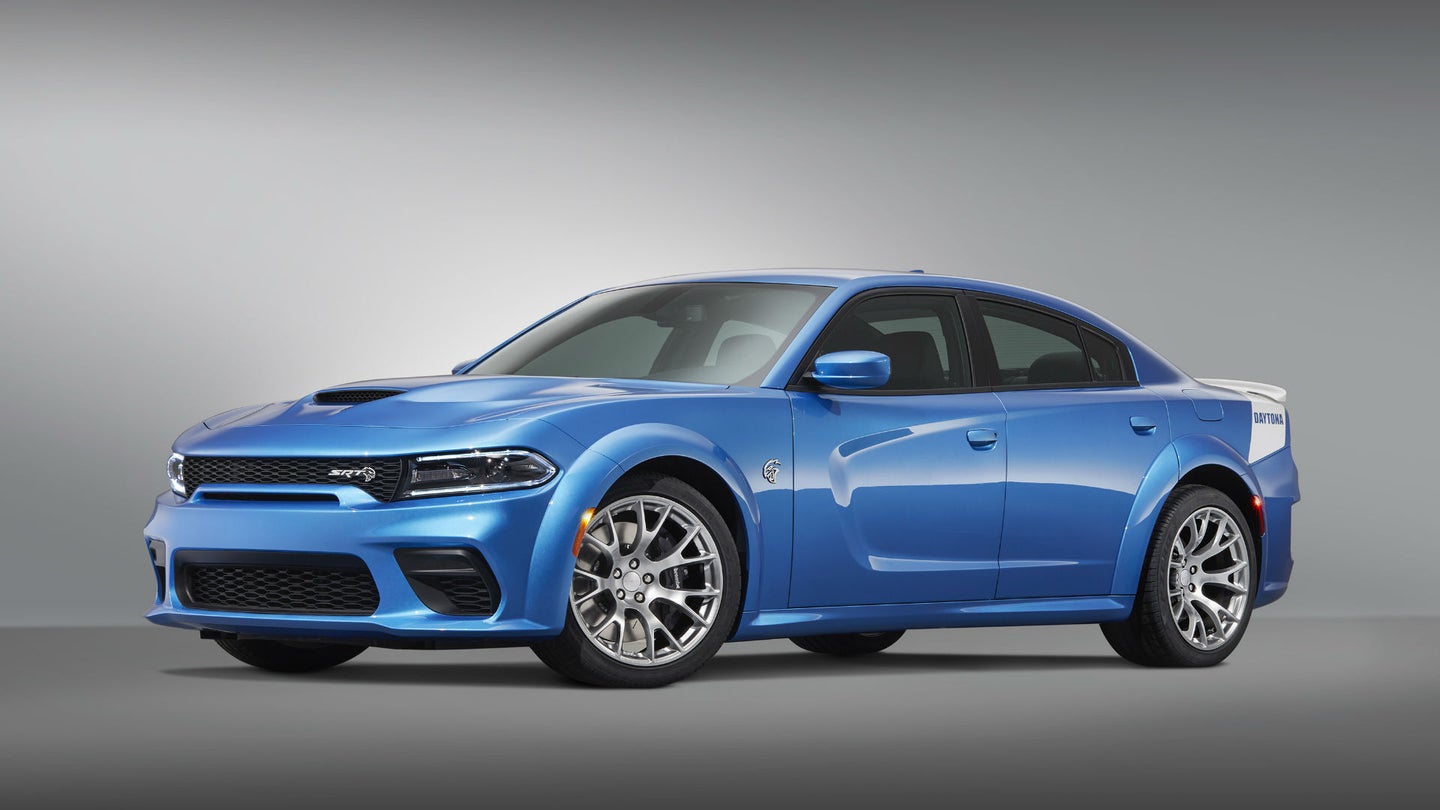 Dodge's longstanding ties with motorsport and muscle cars have brought about more than a handful of stellar machines, perhaps most notably the 1969 Charger Daytona. It was a style icon that won on the race track, capturing the lust of fans and helping to define the career of Richard Petty, NASCAR's winningest driver of all time. The Dodge brand often pays tribute to its pedigree, and it's decided to so once again, but not with any ordinary model.

Instead, the automaker has taken a Dodge Charger SRT Hellcat Widebody and dressed it up to resemble the classic Daytona, all while adding even more horsepower to the supercharged 6.2-liter V8.

Although it doesn't feature a slant nose or wicked-tall rear wing, the new Daytona 50th Anniversary Edition pays homage to its historic predecessor in several ways. First off, with its name, and also its production run—Dodge will only build 501 of them, just as it did with the original 1969 model due to NASCAR's minimum homologation requirements.

The new Hellcat Widebody Daytona rocks far more horsepower than the car it references, though, at 717 horsepower—that's about 342 more than the '69. Dodge hasn't given word on the Hellcat-based machine's top speed but, in standard Widebody trim, it's limited to 196 miles per hour due to its added girth. An extra 10 horsepower and some ECU trickery could possibly help it to surpass the 200-mph mark, making it an even more fitting heir to the throne.

Daytona badging can be found on the car's rear quarter panels and decklid, which lay over a selection of exclusive colors: B5 Blue, Pitch Black, Triple Nickel, and White Knuckle. These motifs carry over to the interior where "Daytona" is embroidered into the seatbacks, which bolster the heated and ventilated Nappa leather and Alcantara suede performance chairs. A special plaque is fitted to each car's dash, denoting its production number.

“The Dodge brand continues to push the boundaries of performance with the most powerful and fastest mass-produced sedan in the world, the Charger SRT Hellcat Widebody,” said Tim Kuniskis, North American head of FCA passenger car brands. “Today, with the introduction of the limited-production Charger SRT Hellcat Widebody Daytona, we are both recognizing the Dodge brand’s performance heritage and staying true to our roots by offering high-performance, collectible vehicles that continue to defy the trends and deliver attainable performance that can’t be found anywhere else.”

The high-powered special edition will debut at the famous Woodward Dream Cruise in Pontiac, Michigan on Aug. 17.