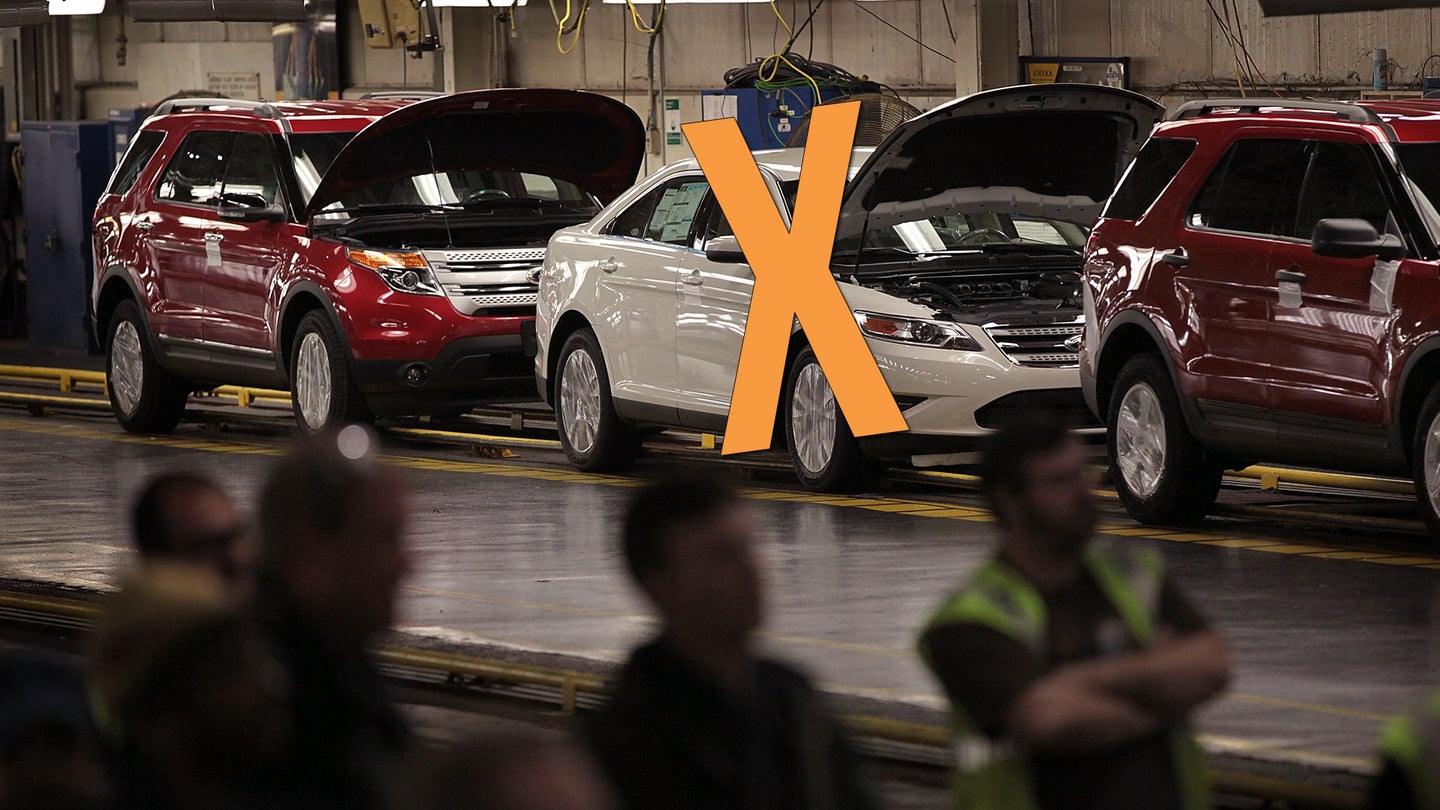 Despite higher profits, Ford is beginning to look down upon its full-size sedan. After a 32-year sprint, the once mighty Ford Taurus is simply not selling like it used to. According to The Detroit News, the automaker is now considering putting the car on the chopping block once again.

This wouldn't be the first time Ford has stopped production of the Taurus. In 2005, Ford opted to replace the mid size sedan with the side-by-side run of the Ford Five Hundred, a full size sedan which only lasted two years of production. In 2008, the Five Hundred was renamed Taurus and the model successfully completed a transition from mid to full size sedan for its fifth generation. Its sixth (and current) generation rose to glory with the reintroduction of Ford's iconic SHO trim, which, thanks to a twin-turbo V6, output 365 horsepower and 350 lb-ft of torque to all four wheels.

It was only last week that we learned about the Fiesta’s stay in the US being cut very short, and now the news that yet another vehicle in the Ford family will meet the same fate. Granted, a full size sedan isn’t exactly in the same class as a hot hatch, but it shows a repeat pattern of declining sales. North America isn’t the only place feeling the cuts. South America is having the Focus pulled from its offerings and its production is shifting from the U.S. to China. A move which is leaving sour taste in mouths after Ford agreed to not move production to Mexico in lieu of increased financial penalties from the U.S. government.

Ford’s sales are actually down for the fourth month in a row, prompting the manufacturer to warn shareholders to expect lower than normal quarterly numbers, but higher profits thanks to a reduced tax rate. Not surprisingly, Ford isn’t the only domestic automaker feeling the heat from shareholders. GM is also considering cutting up to six models offered in the US, the majority of which classify as full size sedans.

With more Americans buying SUVs and crossovers almost exclusively, the full size sedan market is losing its place in the garages of suburbia. No cuts are set in stone just yet, but unless the industry sees an uptick in the near future, manufacturers are going to start thinning the heard.

“There is a small group of aficionados who could benefit from an additional wagon from Audi.”