No camo and a body-colored license plate lead us to believe the Widebody is past the prototype phase and heading into production soon. 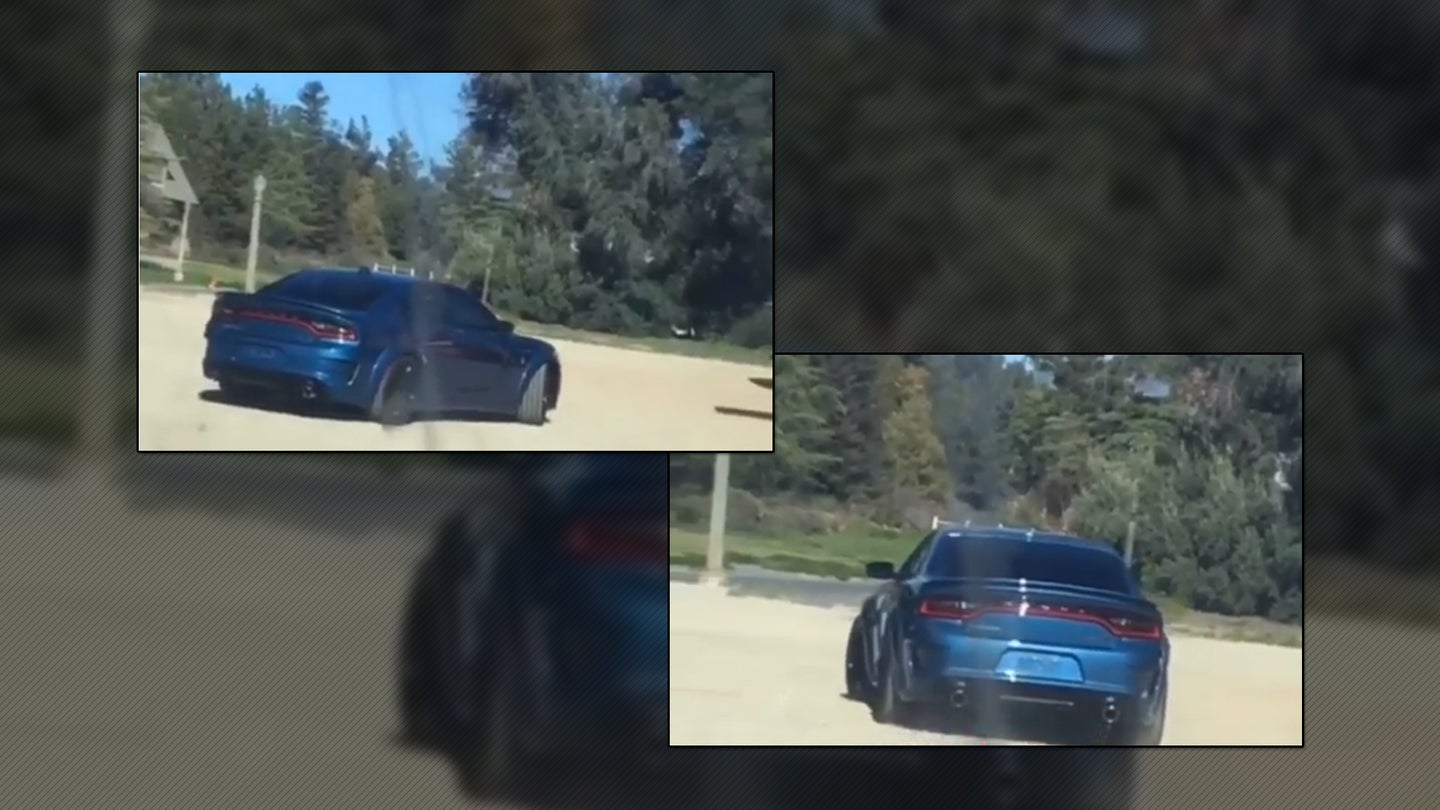 Remember the Dodge Charger SRT Hellcat Widebody concept that was spotted cruising around Detroit last month? While many, including us, downplayed its authenticity due to less-than-usual design cues, that same car later arrived at Spring Fest 14 as an official concept prototype car. Now, another iteration of the widebody has been spotted in the wild, completely unwrapped.

The brand said that it planned to "gauge feedback from the huge Dodge Charger, Challenger, and Chrysler 300 enthusiast base," but more likely, it was teasing the product and hyping up interest from potential buyers—because this looks like a lot more than just a concept.

According to eviil_srt, the Instagram poster of the video above, the car was in a dusty lot to film a Dodge commercial. While we're not particularly sure of the details, we do note that the car had a body-colored number plate, which is a common tactic used when filming promotional material to bring the eyes of the viewer away from the plate and more towards the vehicle itself.

There are a few more common similarities between the camouflaged concept and the vehicle spotted on the streets. The wheels and rear bumper match up nearly perfectly, same goes for the shape of the fender arches and wheel fitment. The rear decklid spoiler appears to be of similar shape, but not quite as large as the one featured on the Spring Fest concept. Perhaps some optional equipment has been swapped out from the concept to the promotional car.

Details on the specifics of the car have been sparse up until this point. It's rumored to expect similar offerings from what is present for the Challenger SRT Hellcat package, including all 717 horsepower available to the driver's right foot. We expect the widebody to be offered on the Charger R/T Scat Pack and SRT Hellcat packages.

For now, inquiring minds will have to wait for the dust to settle—ha, get it? Dodge hasn't posted any teasers as it did leading up to the unveiling of the power-hungry Challenger Demon, but that's not to say that a surprise launch is off the table.

Praise Be: Dodge Charger Widebody Concept Confirmed, Could Make It to Production

Dodge and SRT’s design boss shared more photos of the aggressive Charger seen rolling around the streets earlier this week.

Could This Be the Upcoming Dodge Charger Hellcat Widebody Cruising Around Detroit?

The choice of camo and several other characteristics are really throwing us off, but there’s no denying those wider fenders.