An Electric Fence Makes for a Shocking Ride 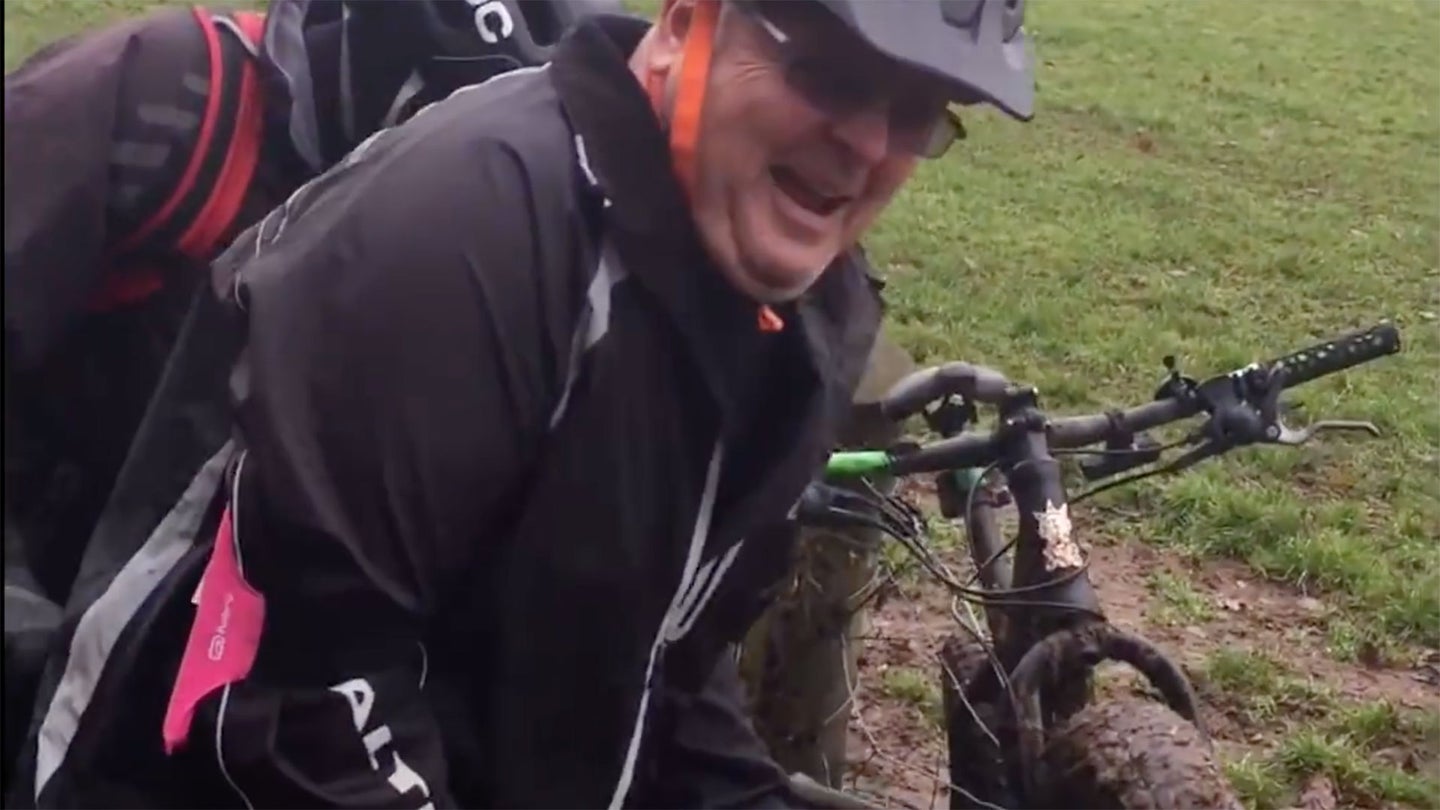 This won't be the most sophisticated or thought inducing video we've ever shared, but it's certainly among the funniest. According to YouTube user Big DT (sweet name), he was biking with his mates, Paul and Al, when that whacky Paul decided to lift his bike over a fence—not knowing that it would be electrically charged. Out in the countryside it's probably an easy mistake to make. And that’s when the video begins: Big DT beautifully films his friends as they get repeatedly shocked by the fence trying to negotiate the untangling of Paul’s bike.

And what do you get when you combine a damp day, mountain biking, gleeful male stupidity and an electric fence? Gold. You get gold.

Initially trying to grab just the tire, the fellas soon realize that little errors in movement quickly result in a nice ol’ shock. They then resort to sticks (good idea intheory), but forget that the sticks are water-logged and water conducts current (although poorly in this situation) when impurities are introduced into the water. So, our two helmet-wearing heroes continually get shocked, and laugh uncontrollably, as they attempt to free the fat-tire bike.

Eventually they free the bike and cheer with joy, although I am convinced Big DT was a little bummed. Remember boys, cows know not the touch the fence…cows.