Perhaps these scrappy concepts are closer to production than we thought. 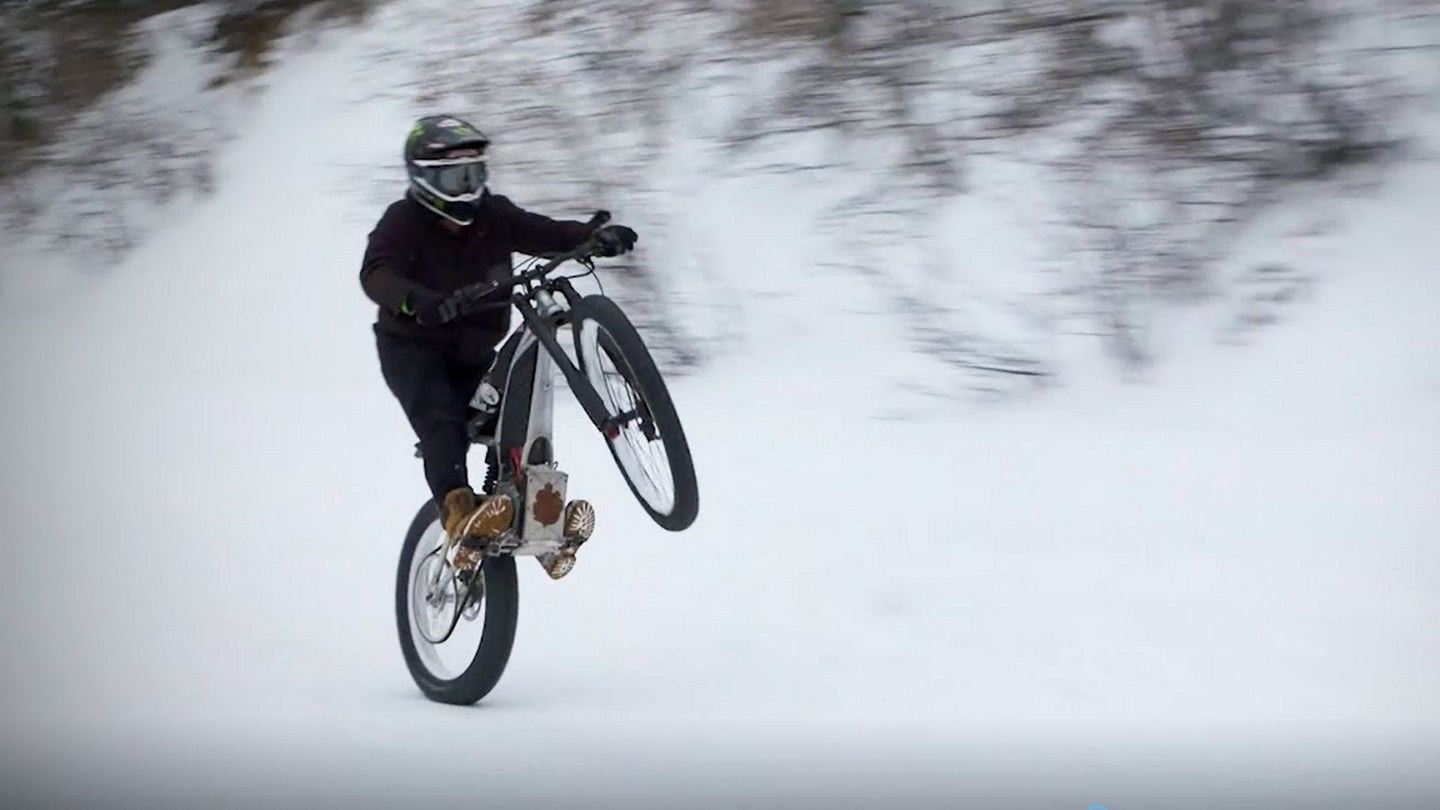 Harley-Davidson brought two electric concepts to the 2019 Consumer Electronics Show that were rather uncharacteristic of the brand. Rather than big, shiny, noisy cruisers, one is an electric bicycle and the other is a scooter thing. To prove that these bikes are good for more than just urban commuting, Harley-Davidson brought both unnamed concepts to the X Games in Aspen, Colorado to show them off.

In this first video, we see X Games host and long-time snowboarding pro Jack Mitrani ride the electric scooter concept around the snowy streets of Aspen. Mitrani is impressed with the responsive torque, smoothness, and lightness of this little thing.

During the next clip, four-time X Games gold medalist Jacko Strong asks something a little more demanding of the H-D electric mountain bike. Instead of sticking to the pavement, the Australian rides it on some heavily dusted trails and hills around the Colorado countryside, and it looks like it does quite well. Like Mitrani, Strong was impressed with the bike’s immediate twist.

We can clearly see in both videos that these are still very much pre-production models, meaning we shouldn’t get our hopes up for bikes like these to be in Harley-Davidson dealers soon. That said, they both could be on their way to production as part of the More Roads to Harley-Davidson plan. The Milwaukee brand wants to cast a wider net and attract a plethora of new riders, and perhaps electric bikes like these could achieve that.

After seeing what they can do, would you consider an electric bicycle or scooter from Harley-Davidson?

Would you ride an H-D-branded scooter or electric bicycle?