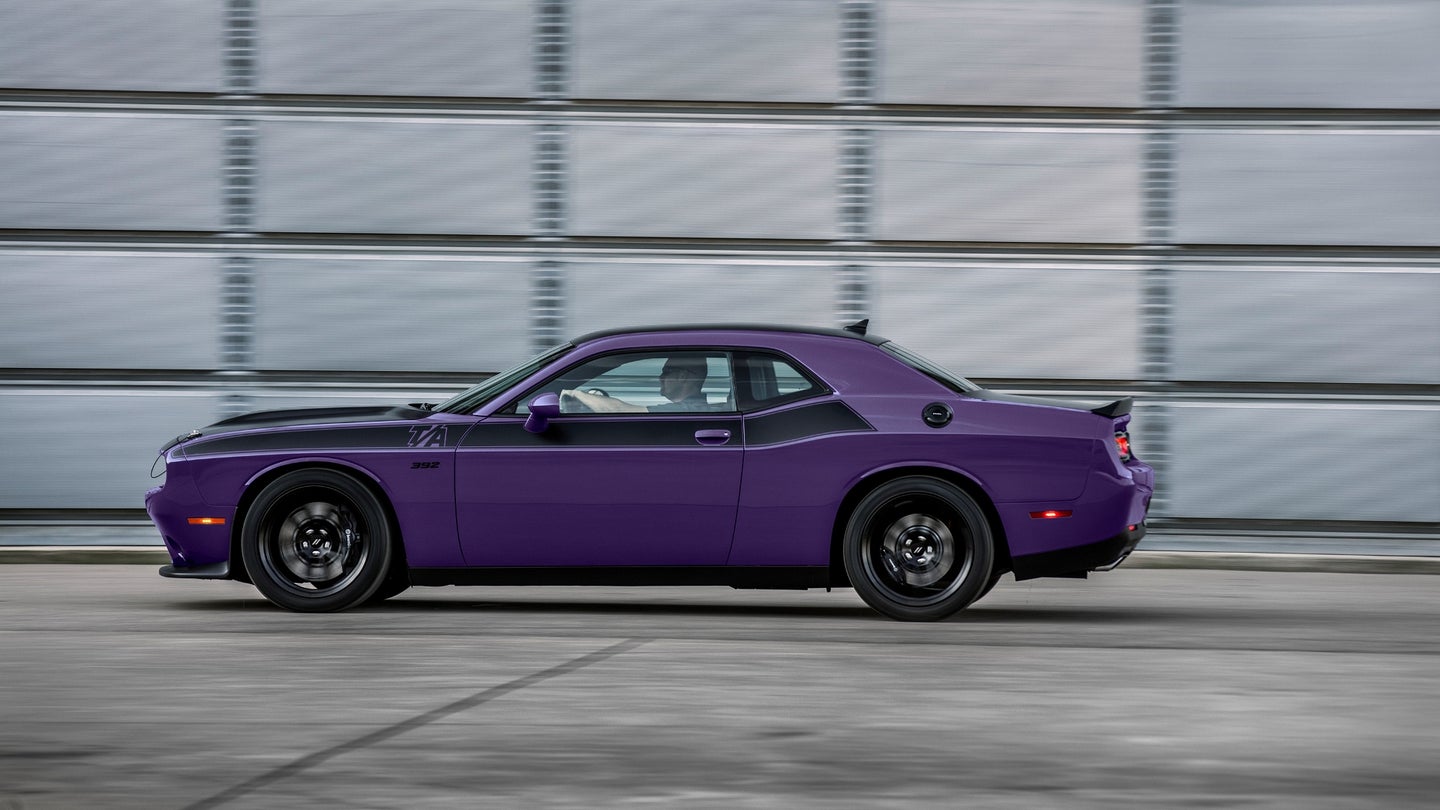 Few companies can take a 20-plus-year-old platform and turn it into a money-printing machine. Dodge has done just that with the Challenger. From base-spec, rental-ready cars to the dragstrip-dominating Demon, the Challenger is a testament to Dodge’s ability to satiate enthusiasts who want power and menace. Now, according to a new report, we can look forward to a racier Challenger coming soon.

Citing unnamed sources, MoparInsiders says that for the Challenger’s 50th anniversary, Dodge is cooking up a special edition Challenger ACR. For those that missed the last generation Dodge Viper, ACR stands for American Club Racer and denoted the Viper’s most hardcore track-focused iteration that set a handful of production speed records around a host of American racetracks.

MoparInsiders says that the forthcoming Challenger ACR would likely take up a similar mantle, playing to the club racing crowd of Mopar enthusiasts with a stripped-out, ready-to-rock Challenger that borrows some of the Viper ACR’s tech, as well as using information and tuning gleaned off the Wesley Motorsports Dodge Challenger SRT Hellcat Redeye racecar that competed at Pikes Peak.

What that’s likely to entail is a gutted interior, dual-plane carbon-fiber rear wing, the widebody kit from the Challenger Hellcat Widebody, the 797 horsepower supercharged 6.2-liter V8 from the Hellcat Redeye, and a number of other performance modifications that get the #chonkyboi Challenger to get around a race track like a rabbit trying to outrun a hungry cheetah.

MoparInsiders doesn’t say when we’re likely to see this Challenger Hellcat ACR, but given the nature of the report, the car’s 50th anniversary coming next year, and SEMA being just around the corner, we could see something materialize somewhat soon.

If the report proves true, we’d hazard to guess that the Challenger Hellcat ACR would likely follow the Challenger Demon’s lead by being a low-production, costly, and rare sight indeed. And like the Demon, you’ll likely have to beg Dodge for one as early buyers will be eager to get their hands on the most track-capable Challenger ever built.

That said, we’d also love for Dodge to drop the ACR nameplate for something a little more historical. Something like T/A. We can dream, can’t we?