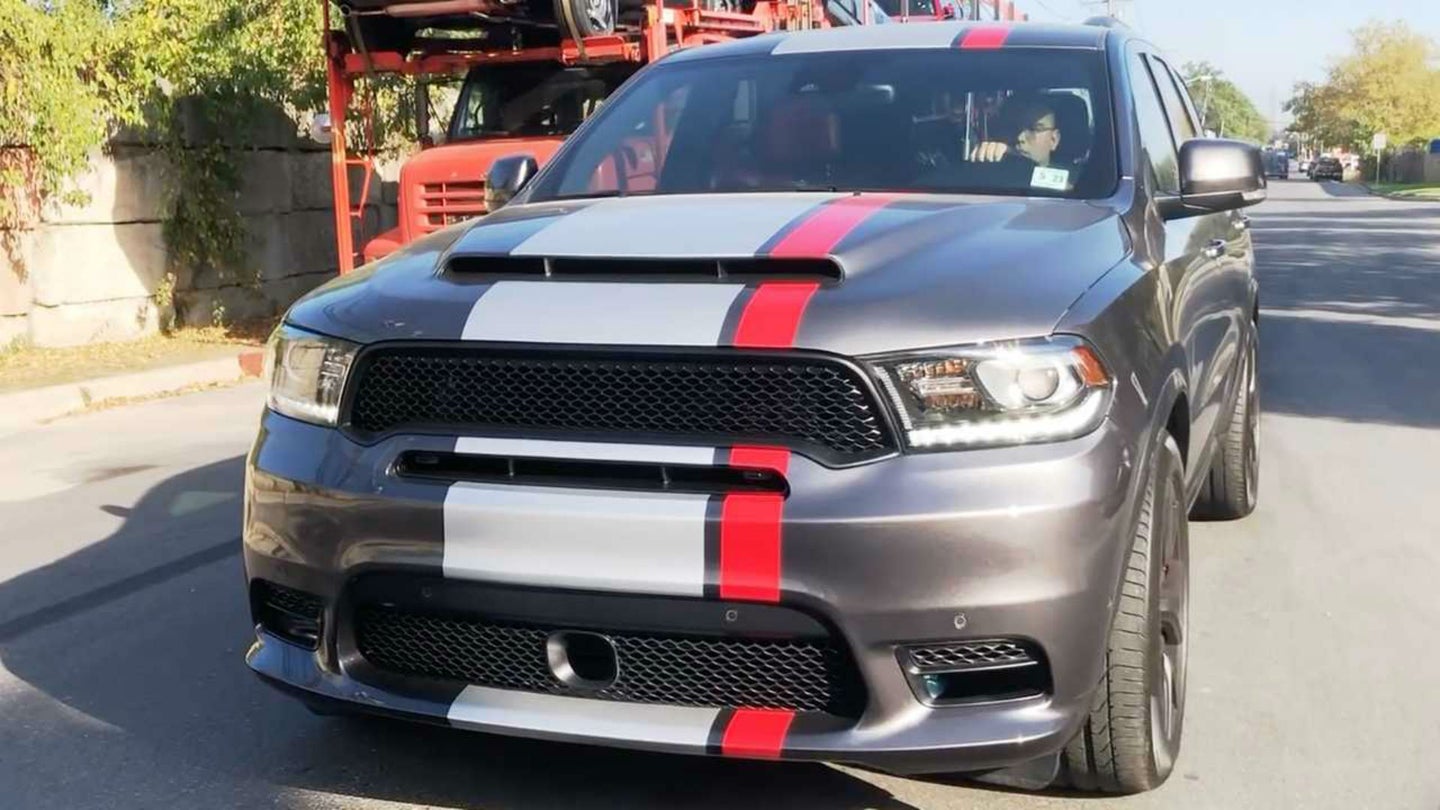 Fiat Chrysler has proved that it will stick the supercharged 6.2-liter Hellcat V8 in almost any car within the realm of (questionable) reason, from the Dodge Challenger and Charger muscle cars to the family-hauling Jeep Grand Cherokee Trackhawk. That versatility has influenced the aftermarket to swap the 707-horsepower engine into everything from a Mazda Miata to classic Mopar models—but how about a Dodge Durango? That doesn't seem so far-fetched and, if you ask us, it's one of the automaker's best-looking models, even though it's an SUV.

As we've covered in the past, there are plenty of people out there who agree with us. However, True Street Performance out of New York has taken this concept to the next level by incorporating the greatest styling cues from the entire FCA lineup. The shop's Hellcat-powered Durango is not only much faster than any variant currently offered by Dodge, but it also wears a Challenger Demon hood and Viper ACR-inspired stripes.

A video posted to YouTube shows the super SUV running, revving, and whining thanks to the 2.4-liter supercharger that's underneath the hood. Although the clip doesn't mention many specifics about power output or engine modifications, there's an unrestricted exhaust system that makes the truck sound better and breathe easier, likely resulting in more power. It's probably safe to assume that this Durango makes around 715-720 hp—and it sounds great.

One benefit of having a Demon-sourced hood is the extra scoop that funnels air into the engine compartment. While we doubt this has much impact on performance, it's functionality should help to keep the power plant cool during everyday driving and, God love it, drag racing.

Collectively, this build may be the most handsome of its kind. The Durango's already-wide hips give it an aggressive stance and, from the front, this family hauler looks meaner than ever.

If the 475-hp Durango SRT just isn't enough for you, consider giving these folks a ring. Just make sure to bring your wallet as this type of work definitely isn't cheap.