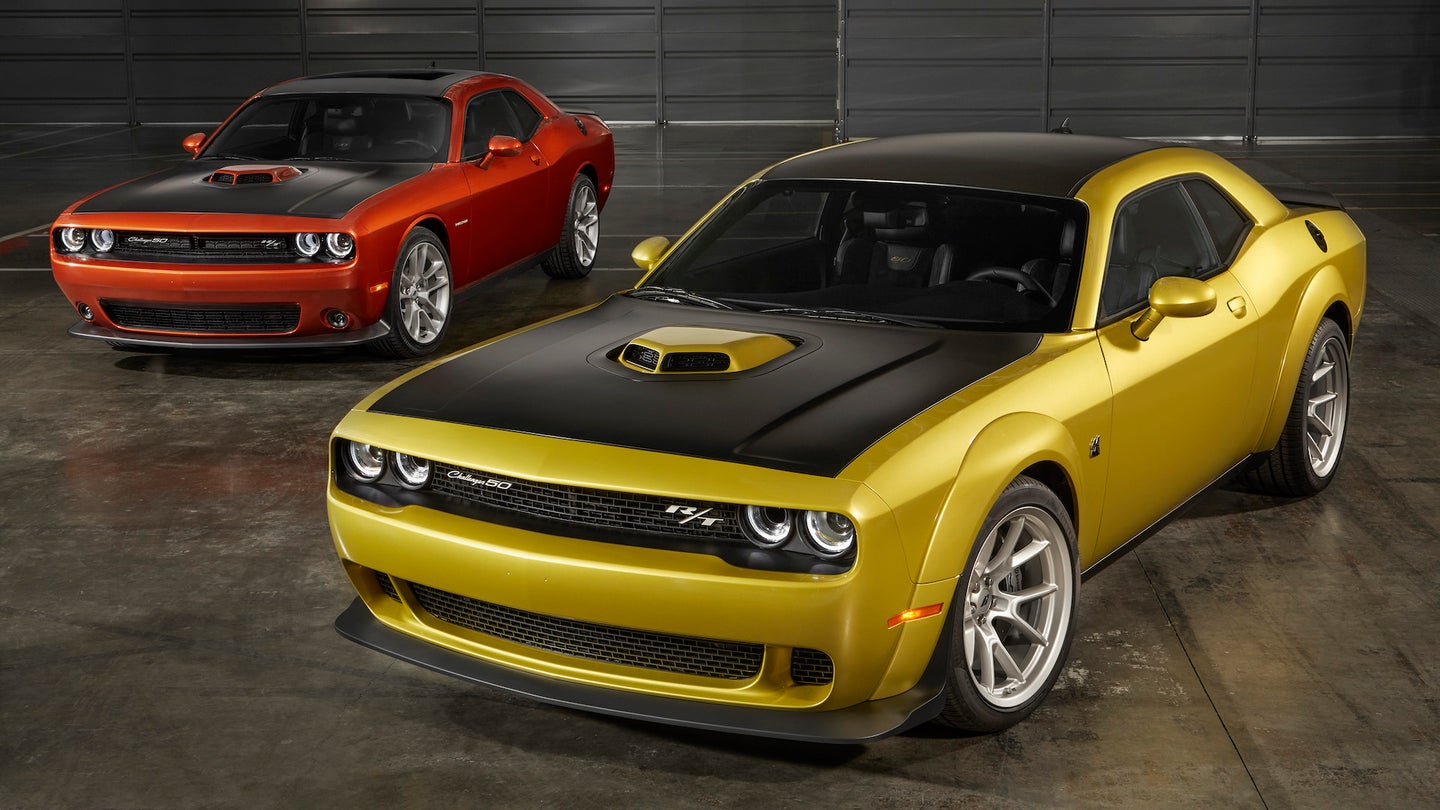 Shortly after being praised for its reliability by Consumer Reports, the Dodge Challenger celebrates half a century of existence with a round of Happy Birthday cheers and a brand-spanking-new 50th Anniversary Edition package and paint color: Gold Rush.

Starting at $4,995, the 50th Anniversary Edition will be a limited-availability options package for 2020 Challengers. As a tribute to the Challenger's first model year, 1970, just 70 units will be available across the four compatible trim levels, which include the GT, R/T, R/T Scat Pack, and R/T Scat Pack Widebody. Seven "high-impact paint" options will be offered: F8 Green, Go Mango, TorRed, Sinamon Stick, Hellraisin, Frostbite, and newcomer (and exclusive) Gold Rush.

50th Anniversary packages start with a Mopar performance intake hidden under a shaker hood, available for the first time on the R/T Scat Pack Widebody. Motifs that declare your car commemorative can be found everywhere, from obvious places such as the grille, fenders, and spoiler to more subtle spots like inside the headlights.

The theme continues inside, where Dodge has specially trimmed the interior with carbon fiber, Alcantara, and Nappa leather complemented by sepia stitching. Big ol' 50s are everywhere, from the floor mats to the seatbacks, door sills, vent surrounds, and even instrument panel, which is unique to 50th Anniversary Editions. There, you'll find a numbered badge (X of 70) painted in the same color as the car's exterior.

Dodge says order banks for 2020 Challenger 50th Anniversary Editions will open in December, so plan a day off if you want to be in line for one of these pieces of muscle car memorabilia. If you wish the package was available for the Hellcat, worry not; Dodge will slap 50th anniversary badges on all 2020 Challenger SRT Hellcats as standard equipment. Extra power might mean faster delivery, too, as Dodge won't start delivering 50th Anniversary Editions until Spring of 2020. Hellcats, we suspect, will arrive before then.