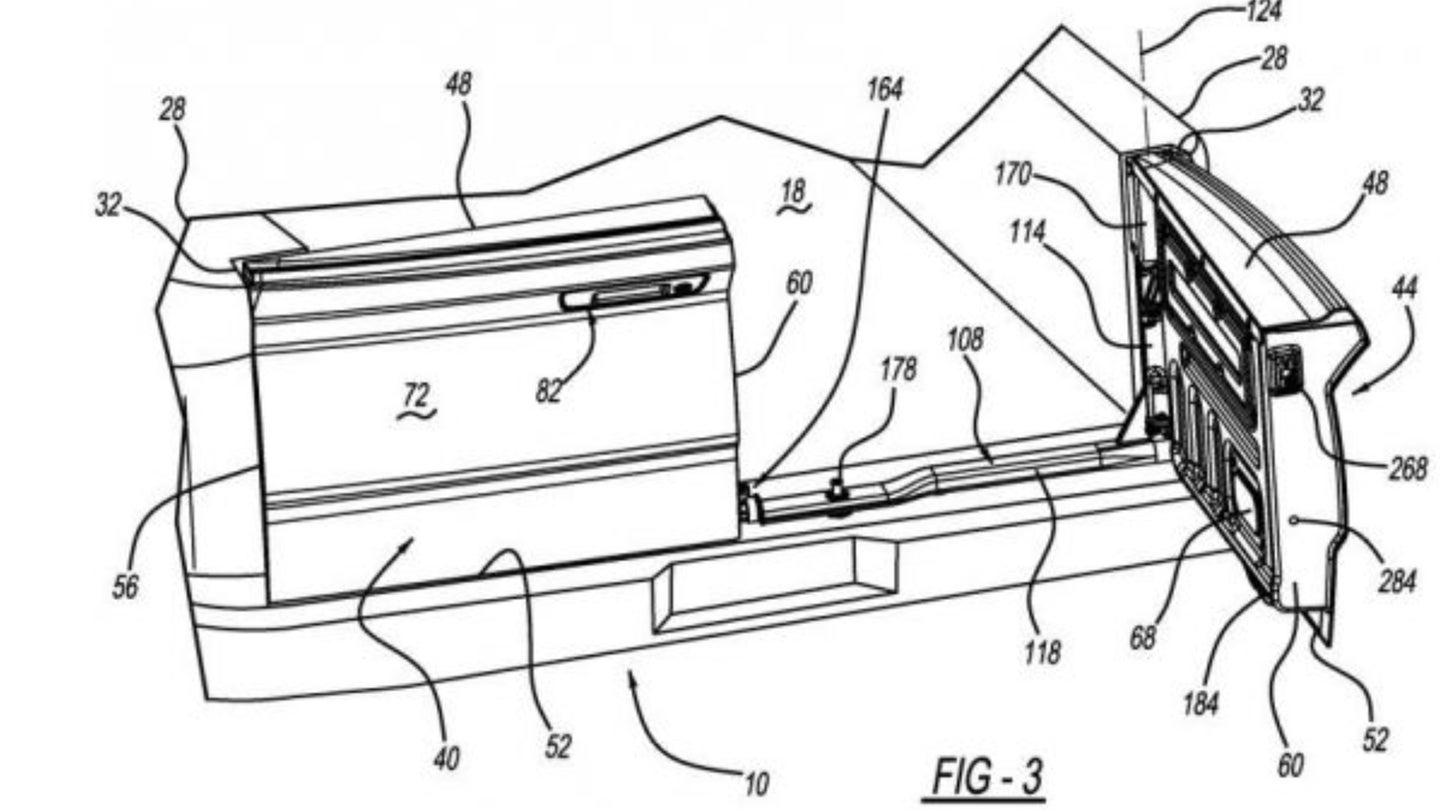 The 2019 Ram 1500 appears to be rocking the same 5.7-liter Hemi V8 it has for a long time, but that doesn't mean the redesign is modest (or that the 5.7-liter is tuned the same). Over the past few months we have seen massive infotainment screens, aggressive new front ends, and now a split tailgate come out 2019 Ram 1500 spy shots. From the images obtained by KGP Photography, it appears the rear liftgate is approximately a 60/40 split. This allows owners to place larger items in the bed without leaving additional cargo unsecure. According to earlier spy shots, the key fob can be used to drop the rear tailgate, a new feature for the Ram brand.

It is interesting to see Ram leaning towards alternative liftgates as Ford has done the step-up system and Honda has done the rear swinging liftgate option. From the looks of a patent released by FCA back in 2013, the smaller portion of the split liftgate is able to swing open as well as drop down. Now the real dream would be for the smaller portion of the liftgate to have that dual functionality as well as a step-up option.

It is unclear whether or not this will be an option like the RamBox or a standard feature, however, we have a sneaky feeling the Express or Tradesman will not come with this option in order to keep costs down.

The rotary-dial shifter may be to blame.