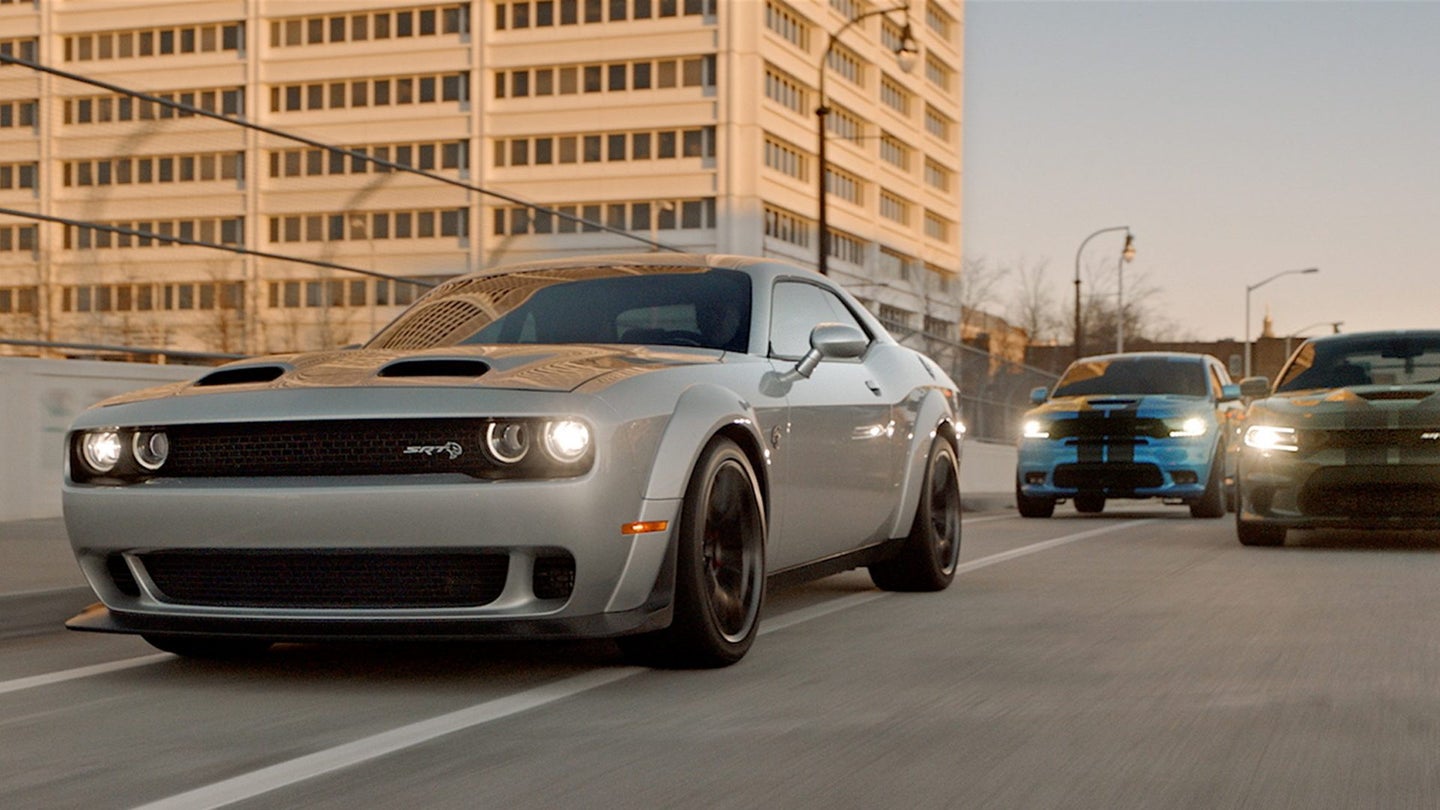 If you were waiting for an excuse to snatch up a brand new Dodge muscle car, this might be your ticket. The power-crazed American automaker is launching an interesting new incentive program called "Dodge Power Dollars," which gives customers a $10 cash rebate per horsepower when buying a new 2019 Challenger, Charger, or Durango.

Yep, Dodge is putting piles of cash on the hood based on how much is lurking under said hood. Specifically, this means folks who sign on the dotted line for a 707-hp Charger Hellcat starting today are entitled to a $7,070 cash allowance, while buyers of the 475-hp Durango SRT will get $4,750 slashed off their invoices. And so on and so forth.

The Power Dollars program applies to everything from the base, 292-hp Charger SXT to the 797-hp Challenger Hellcat Redeye. Those two are eligible for discounts of $2,920 and $7,970, respectively.

According to Dodge, Challenger sales were at an all-time high in 2018 (impressive when you remember the car is a decade old), the Charger is on track to dominate the "U.S. large car segment" for the third year in a row, and the Durango is set to record its best sales year since 2005.

"Since bringing the Charger and Challenger back to market, Dodge has put 485 million horsepower into the hands of our loyal enthusiasts," said Fiat Chrysler head of passenger cars Tim Kuniskis. "Dodge has more horsepower than anyone else, and we want to share it and give those who have always wanted more the ability to get more. The goal is to grow to a half-billion horsepower before the end of the year."