Mopar Lovers Rejoice: Sublime Green Is Back for 2019 Dodge Challenger and Charger

This cool and eye-searing color was first introduced in 1970. 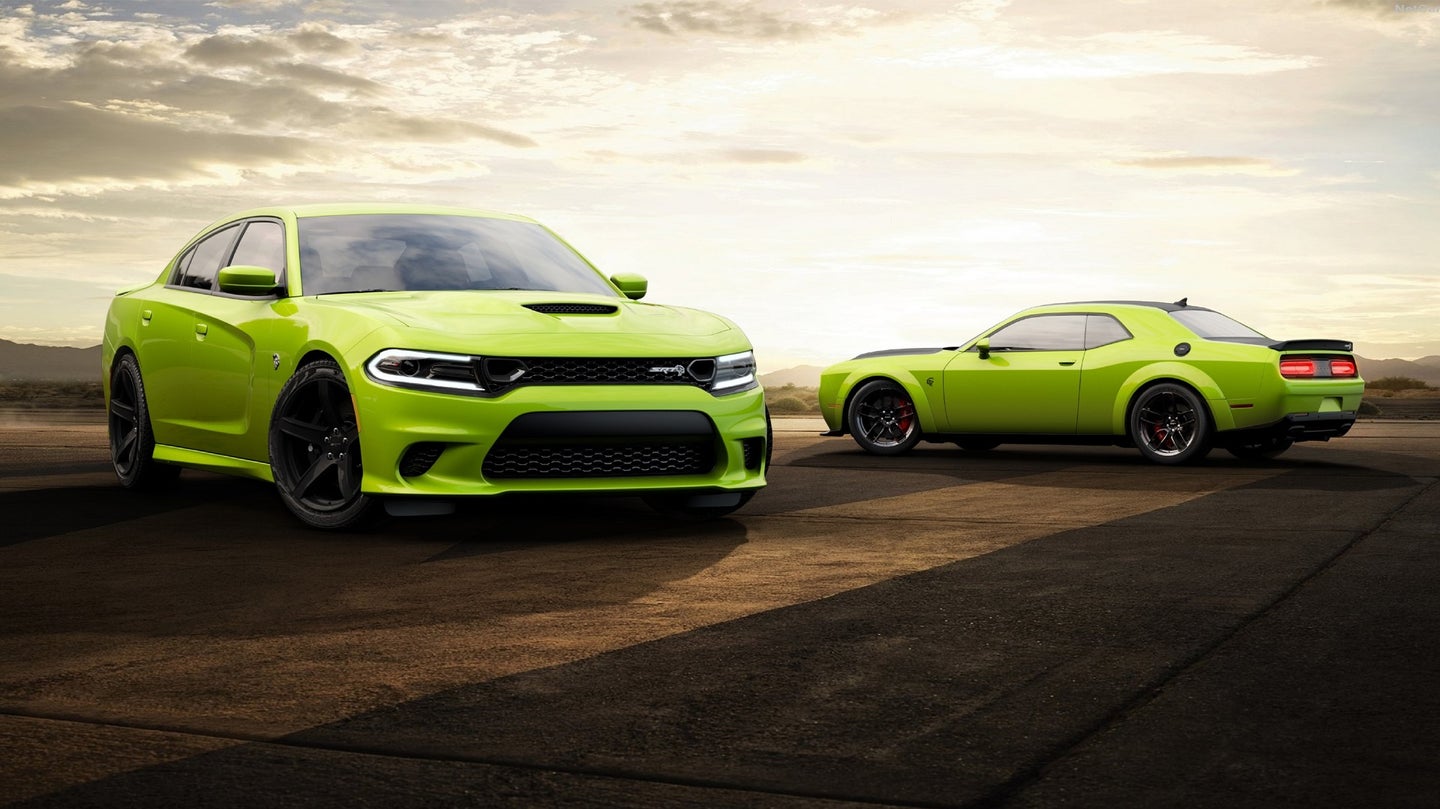 Dodge is a big fan of "If it ain't broke, don't fix it," meaning that it's constantly finding ways to market its Charger and the Challenger muscle cars despite the duo being more than a decade old in their current forms. As a result, a classic Mopar paint color has been brought back—a bright hue called Sublime and it makes these Dodge muscle cars even more in-your-face, and lovable.

A Dodge spokesperson confirmed to The Drive that Sublime will be available across the entire model lineup of cars, from the budget-friendly V6 models to the fire-breathing Hellcats.

“Our Dodge//SRT muscle cars give our customers what they want, an incredibly wide variety of performance models and high-impact color options," said Steve Beahm, head of passenger car brands for FCA North America in a statement. "Whether it's Sublime paint, all-wheel-drive capability, or 797 horsepower, Charger and Challenger stand out.”

Sublime was available on the Challenger as recently as 2015, but it hasn’t been seen on the Charger sedan since the 2007 Daytona model, meaning it’s the first time the color is available on the current generation of the car. Sublime was first introduced in 1970 when the brand brought the eye-popping color to most of its lineup.

You can order your Sublime 2019 Dodge muscle car starting this Spring. To get a peek at what these cars look like in person in this high-impact color, they’ll be making their live debut at the Chicago Auto Show next week.

We can’t think of a better tune for this weekend’s big game at Mercedes-Benz Stadium in Atlanta.