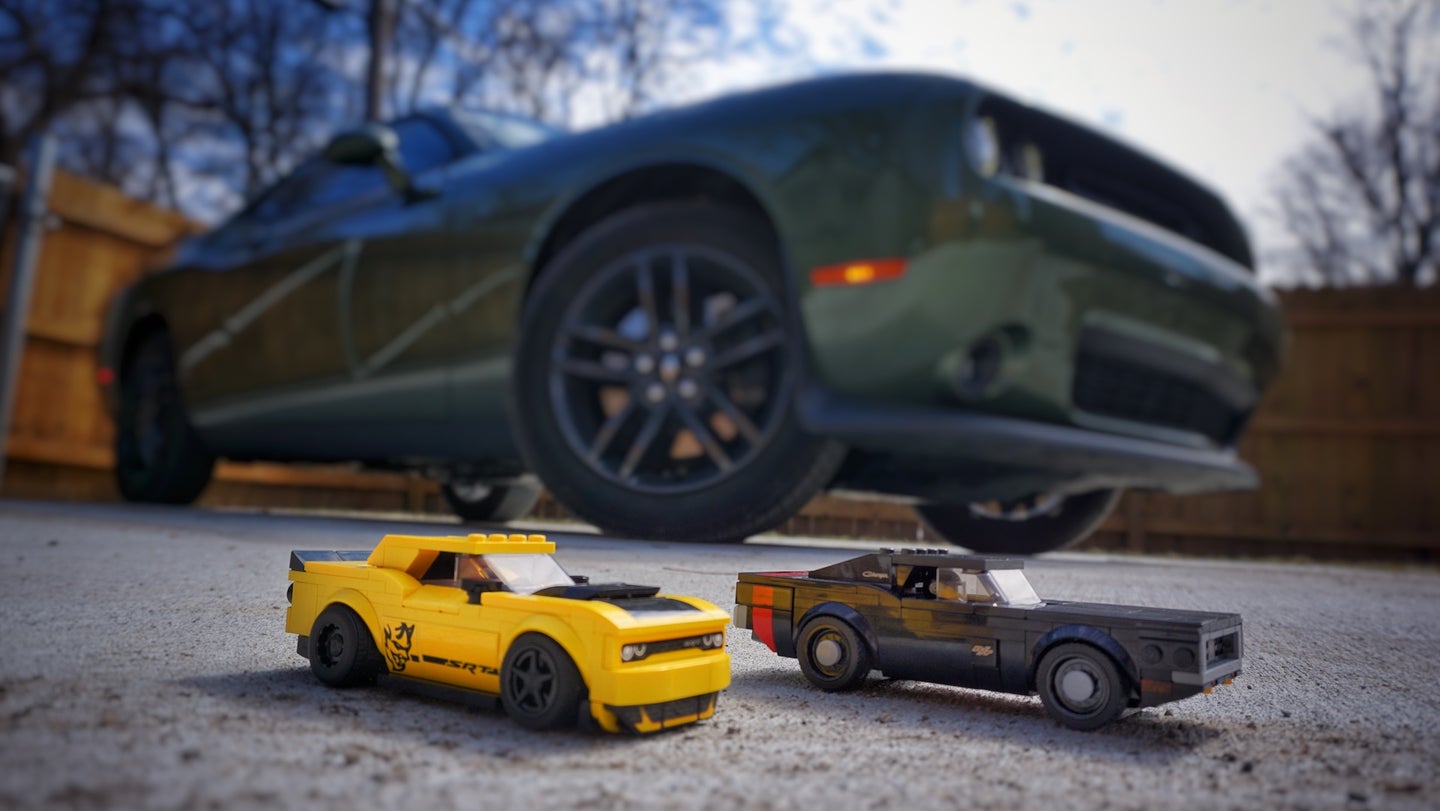 After years of seeing Lego cater to the likes of Ferrari, Porsche, Bugatti, Aston Martin, and even Volkswagen loyalists, the famous brick company finally won the hearts of muscle car aficionados earlier this year with the release of a new Speed Champions set featuring two of the coolest Dodges ever made: the 1970 Dodge Charger R/T and the 840-horsepower 2018 Dodge Demon.

In addition to the two muscle cars, a drag racing Christmas tree (yellow, orange, and green lights) and three Lego people are included in the 478-piece kit. The two miniature hot rods, like most Speed Champions sets, are extremely well crafted and feature a good amount of detail for a kit of this caliber and price ($29.95). It took me and my seven-year-old daughter just under two hours to build the whole thing, but overall building time can vary depending on age and overall experience.

While the cars themselves are pretty awesome—heck, the Charger even has a removable blower—it's the little Lego people that also take the spotlight in this set. One of the figurines is none other than NHRA champion and overall racing badass Leah Pritchett, who is seen rocking a Demon racing suit, ponytail, sunglasses, and a racing helmet. The other two are a flag-waving w and a dude wearing a Dodge t-shirt, jacket, and jeans.

Lastly, the drag racing Christmas tree is a bit of an awkward contraption, but it adds to the overall feel of the set. A sliding mechanism flips the lights up from a downward position, which basically attempts to reenact the lights turning on during a real drag race.

If you're into muscle cars, this Speed Champions set is a great addition to other car-related memorabilia. And as you can see below, it makes for a good laugh when compared to a real-life 2019 Dodge Challenger GT in awesome F8 Green.

The completed ‘Stang is more than a foot long and has cool customization pieces like a supercharger and multiple license plates.

It’s like the real thing, just with interlocking plastic bricks instead of steel and aluminum.

New McLaren Senna Lego Kit Is 50,000 Times Cheaper Than the Real Thing and Almost as Cool

And it shouldn’t take 300 hours to build.