Thank you, Chevy El Camino, for your sacrifice. 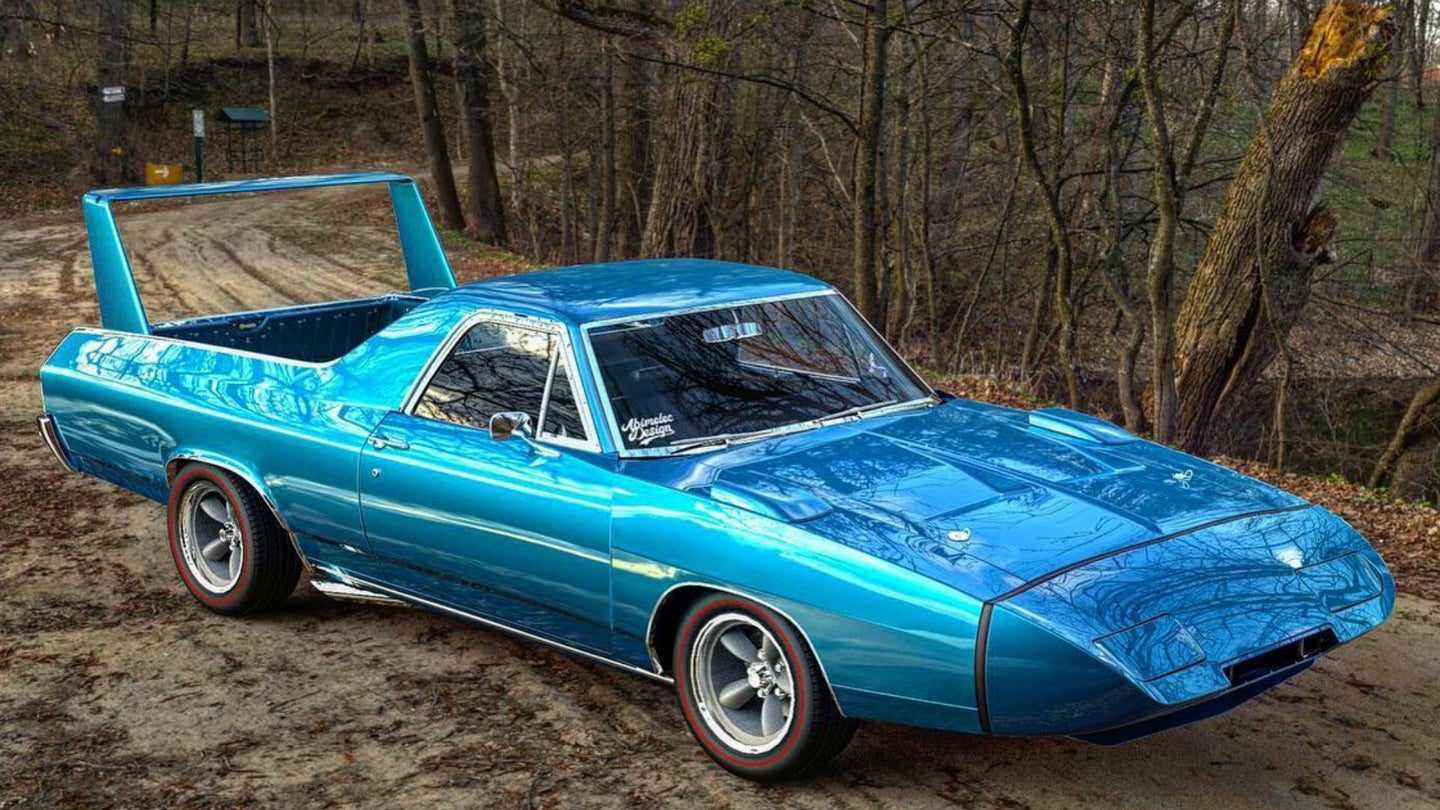 Even though Craigslist stands as king of the world's strangest vehicular mashups, others across the internet are using their powers for good rather than horrible, ugly evil. We're sure you won't miss that oddball Chevrolet pickup/party boat when you see this, an old-school Chevy El Camino muscle car that's had plastic surgery to the nth degree. In short, it keeps the quirky-but-cool pickup bed while replacing the front and rear with designs from the Dodge Charger Daytona, making an ultra-sleek, surprisingly rad concept that we wish was real.

The creation was penned by Abimelec Design, the same mastermind behind the crazy "Hemi Under Glass" Dodge Challenger SRT Hellcat. We're not sure what engine they've envisioned to sit under the hood, but we know one thing: the exterior is spot-on. Who would've thought America's favorite ute (sorry, Ford Ranchero) would look so handsome with an aero-focused nose and mountain-like rear spoiler?

Both models that loaned their body lines here have cult followings of their own, making this mock-up a smash-hit with some and a total flop with others. We won't hate on it, though, because anyone who can make two extremes such as the utilitarian El Camino and speed-minded Charger Daytona work together is a hero.

Maybe some bored metal worker will take this car and make it a reality. Now, we just need a name—one Facebook commenter suggests the "Daymino," but another interpreted it differently and referenced the Charger's cousin in coining the "Plymouth Superbed" moniker; they may be onto something.

Oh, and don't forget to tell the guy that uses a real Charger Daytona to tow his other Charger Daytona. He'll be happy to know about this on-point toy hauler.

You’ll be glued to your screen watching this Porsche 911 GT2 RS come to life.