This Custom 1963 Dodge Dart Shows Smaller Trucks Can Be Cool

This is the Dart trucklet that Dodge never built. 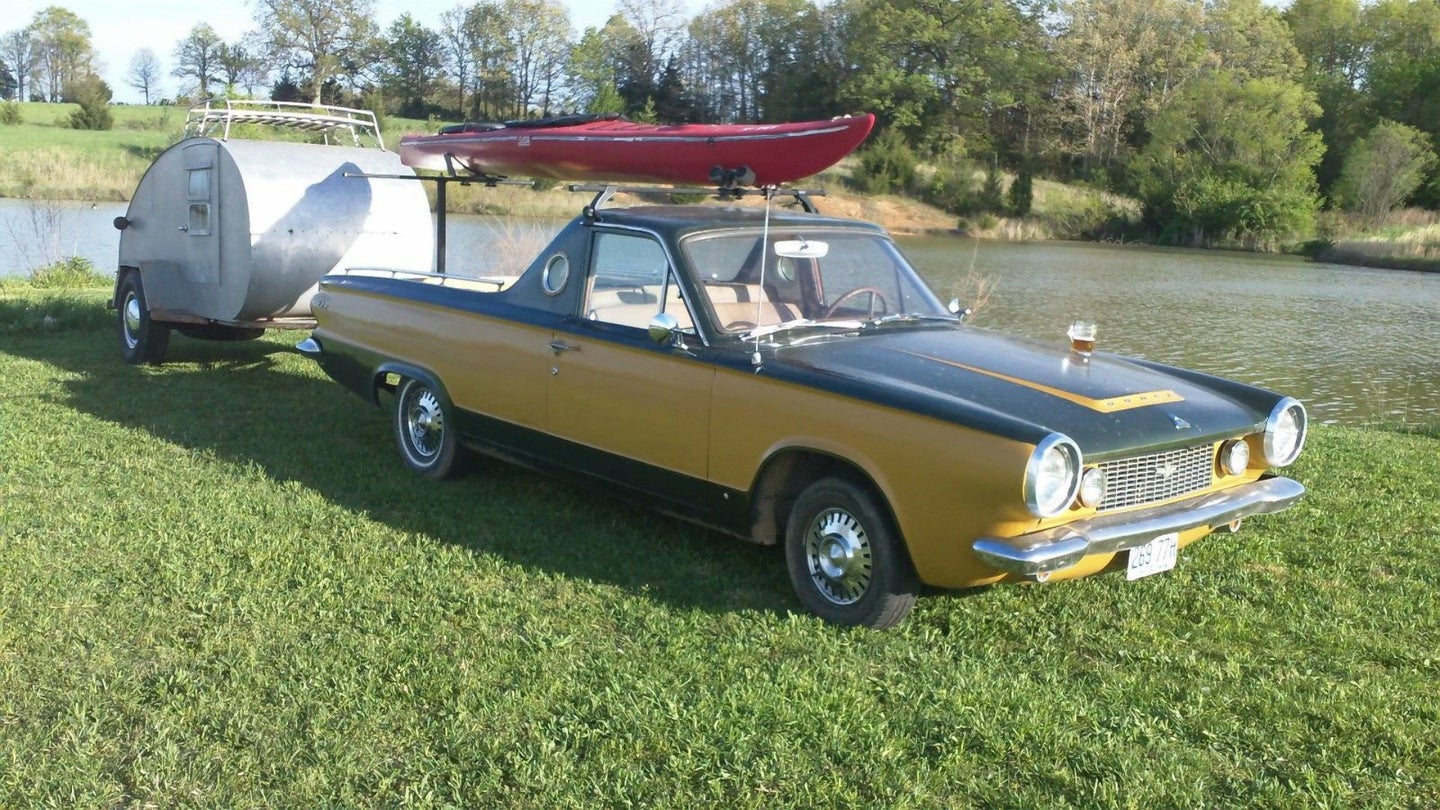 A charming 1963 Dodge Dart pickup is up on eBay in Missouri with no reserve. Bidding was at $3,250 at press time with a few hours remaining in the auction. The seller claims the conversion was done by the original dealer back when the car was new for use as a (barely driven) promotional tool.

This custom build was posted on the always-delightful Barn Finds earlier this week to generally favorable, if bemused, reader response. It's based on the third-generation Dodge Dart, which was new for 1963. Dodge had a line of full-sized trucks that year, but no smaller, car-based pickups to compete with Ford's Ranchero and Chevy's El Camino. The Dart was sold as two- and four-door sedans, wagons, and convertibles. At about 16 feet in length and 2,700 pounds, the Dart was considered compact in its day, and Hagerty notes they were inexpensive to operate, getting up to 25 miles per gallon of gas.

The Missouri car originally came with a 170-cubic-inch slant-six, but the seller recently swapped it for a more potent 225-cubic inch version of the engine to make towing easier. The ad notes the vehicle is complete and in good condition, but needs final assembly. Photos seem to confirm that the truck's exterior is in decent shape, if significantly less than Concours quality. The interior is worn, with tattered upholstery and some scuff marks.

The rebuilt 225 has just been broken in, while the overall car has only 31,000 miles, according to the ad.

Chrysler's slant six engine family—used in cars, trucks, and boats in the U.S. from 1960 to 1991—are famously reliable. My family's car in the late 1980s was a slant six-equipped 1972 Plymouth Duster. At a time when achieving 100,000 miles on an odometer was a noteworthy accomplishment, it soldiered on well past 250,000.

This little truck could run another century, and look good doing it. Congrats to the new buyer!

Time to teach a new dog some old tricks.