It looks like the funky pickup is a hit. 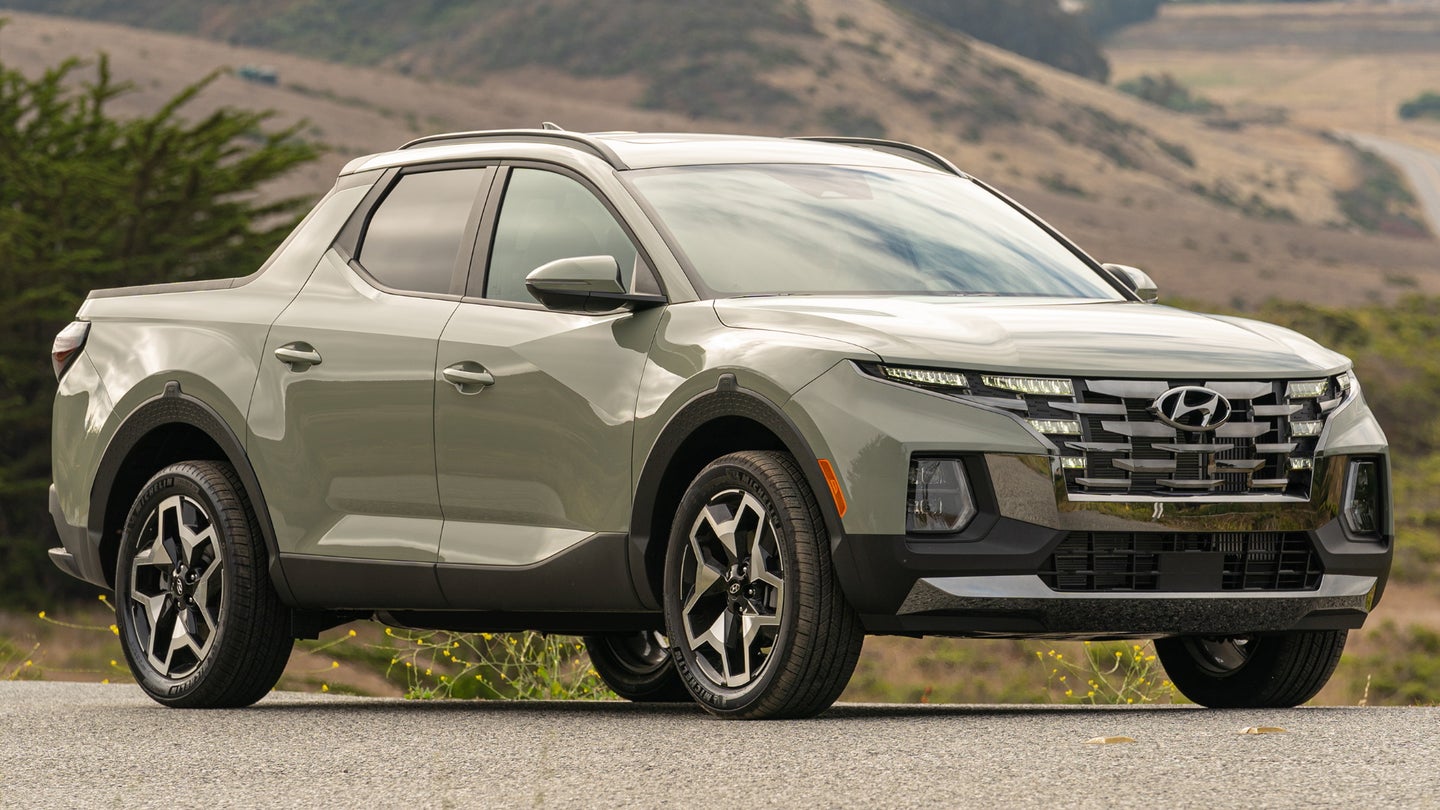 Hyundai's decision to greenlight a strange, small pickup seemed like an unorthodox one several months ago when the 2022 Hyundai Santa Cruz was unveiled. After the positive reviews started piling up (including our own), however, it became clear that the Korean automaker had made the right decision. And now it's evident that the general public agrees, as Santa Cruz pickups are quickly finding homes shortly after landing on dealer lots.

Automotive analyst iSeeCars keeps track of how long cars sit on dealer lots before they get sold. For months, the Chevy Corvette has been at the top of the heap or very close to it. Now though, it's been dethroned—at least temporarily—by the Santa Cruz. The compact pickups spend an average of only eight days on the showroom floor before somebody decides to snatch them up.

The iSeeCars list is interesting because it not only tends to highlight conventional hot sellers like compact SUVs, but enthusiast vehicles as well. The top 20 ranking includes, for instance, the Subaru WRX, the aforementioned C8 Corvette, and the Ford Bronco. All of these vehicles get sold well ahead of the average time a car spends on a lot, which is 26 days. If you're curious, the Bronco spends 10.6 days on lots. So yes, the Santa Cruz is technically hotter than the Bronco. There is, of course, a very broad context

to that statement, though.

The Santa Cruz has been subject to dealer markups just like many others. We actually received an email from a reader showing a $10,000 markup on an SEL Premium trim, which is pretty unbelievable considering the starting price of such a Santa Cruz is $36,905. If they weren't aware before, dealerships are definitely in the loop now about the high demand for enthusiast vehicles like the Santa Cruz.

The Santa Cruz was formally unveiled several months ago as a vehicle in the same vein as the Ford Maverick. It's a compact, unibody pickup truck with a relatively low price tag designed for people with "active lifestyles." As such, it has several features that enable that attitude. It can tow 5,000 pounds, its short bed is more versatile than you might think, and thanks to a crew cab it can still be used as a daily driver. Lastly, an integrated lockable tonneau cover also makes the bed usable as a trunk.

It's still an unorthodox car despite having this level of versatility though, and the fact that it's selling so quickly will definitely be good news for a few Hyundai product planners. The Santa Cruz is based on the Tucson—not its own bespoke platform—sure, but it was definitely still a risk to bring it to market. In any case, it's a solid little pickup with a bucketload of interesting features.

We'll see if the rapid sales keep up.