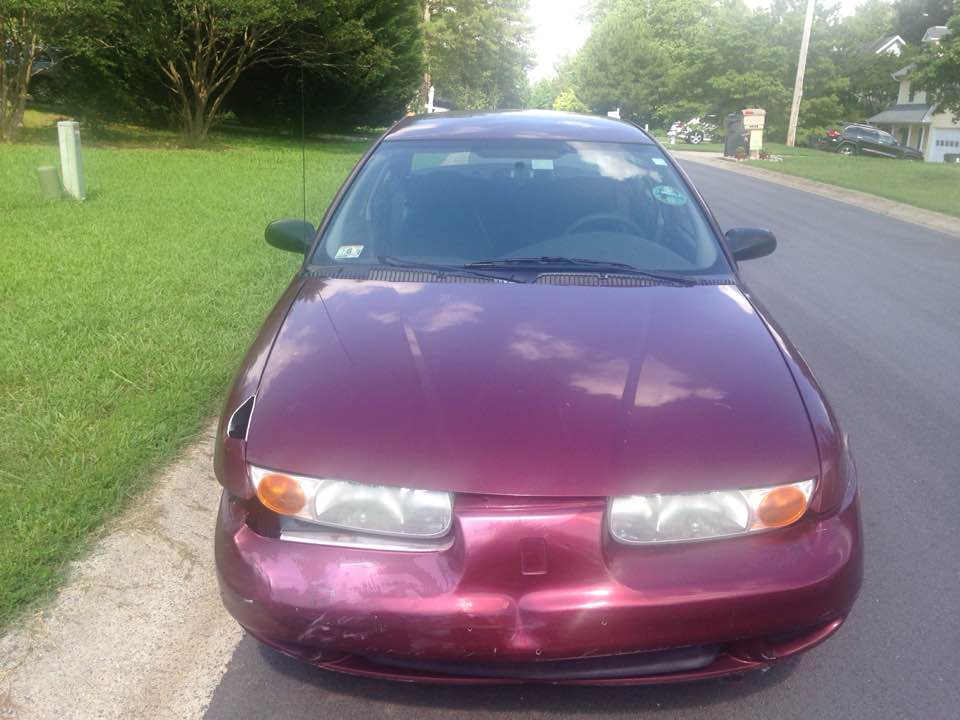 Sometimes you can buy a crap car that runs like stink.

Take for instance this 16 year old Saturn. You may think that this car may be worth more in parts than as a whole judging by its fat lip front and its right quarter that definitely needs some serious plastic surgery.

But you would be dead wrong.

This is still good wholesome family transportation for someone who isn't looking to out-Jones the Joneses. Don't care about what you drive? This... is... it....

I bought it for a hundred bucks at a local dealer sale. Running. With no check engine light, no fluid pissing as it rolled through the block, and no critical issues other than looks.

It doesn't drink gas. It doesn't smoke out of its tailpipe. It doesn't even hang around with those older bad boys that are closer to becoming crusher fodder at a local junkyard than a reliable runabout for some used car shopper that wants to upgrade from their Chinese scooter.

Of course there are a few (cough! cough!) engineering shortcuts. Duct tape and zipties have a greater presence on that front bumper than Uber has in San Francisco. Then you have a several old burn holes on the seats and headliner but strangely enough, no smell of smoke.

Radio works. The roll 'em up windows still offer a mini Jane Fonda workout. Even the dashboard is free of cracks and glue remnants from the prior owner who only drove it around 5,000 miles a year.

So what would you do with it? Buy, sell, keep, or donate? You can weigh your decision by watching the video here which features 2500 pounds of rolling plastic.