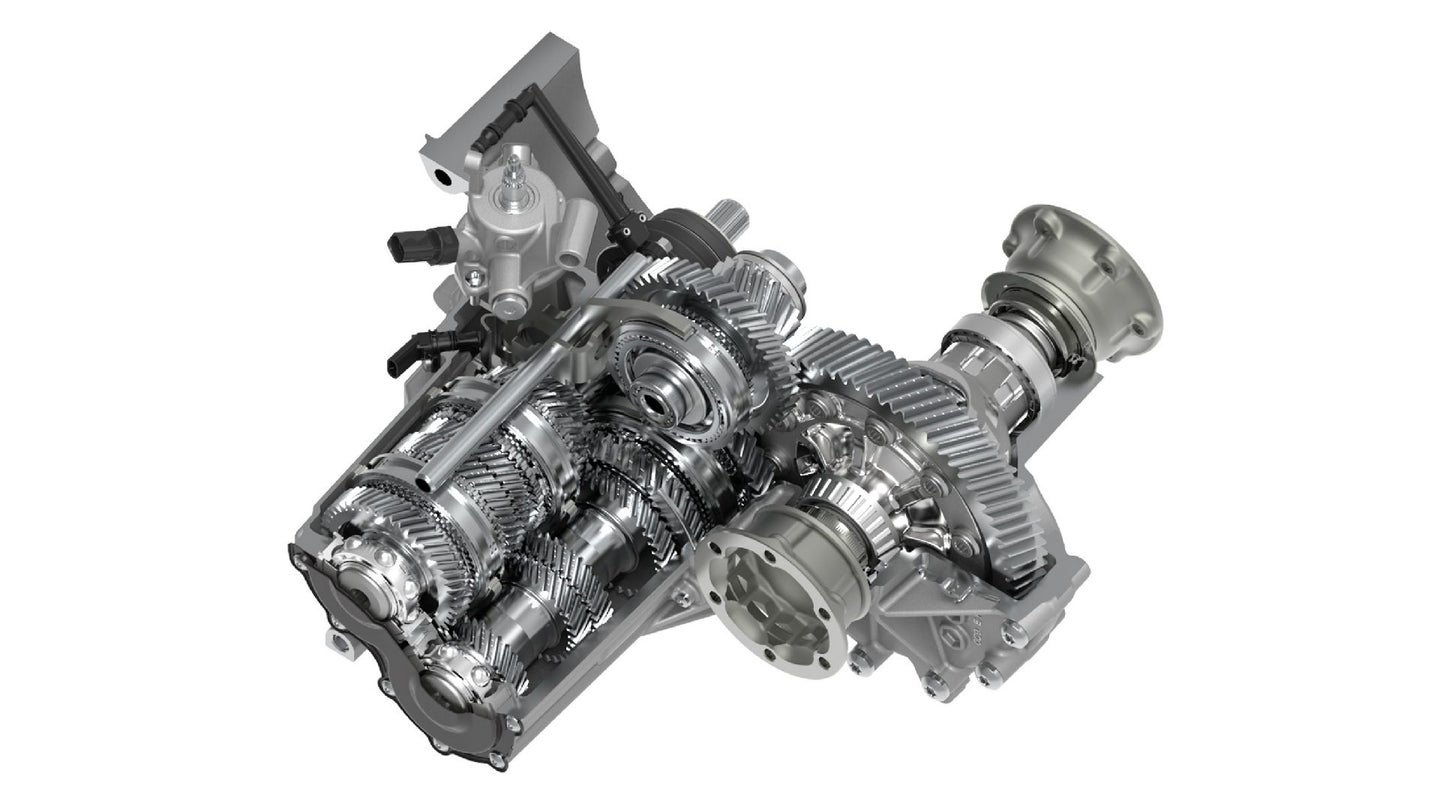 Outside of niche sports cars and limited-run Porsches, the mainstream relevance of our beloved manual gearbox seems to dim with each passing day. People want easy crossovers, autonomy, and electrification, none of which seem all that compatible with three pedals and a stick. Despite all of this, Volkswagen has just developed a new six-speed manual transmission that'll even work on family-hauler SUVs.

Quantifiably being the largest automaker in the world must be nice.

Known as the MQ281, VW's new six-speed is said to be more efficient, quieter, and more durable than the units it'll replace. Depending on what engine it's hooked up to, it'll apparently cut emissions by up to five grams of carbon dioxide per kilometer traveled. In Freedom units, that translates to around 0.28 ounces per mile. It'll withstand anywhere from 147 to 250 pound-feet of torque and was developed using a virtual tool that allowed for low-friction bearings, low-contact seals, and a stronger new housing.

It'll debut in the new European Passat (which looks decidedly better than the one we get, by the way) but eventually make its way to "almost all vehicle classes of the Volkswagen Group." The company specifically says the transmission has been made with SUVs in mind, a segment of car that can be hard on manuals thanks to their big wheels, big weight, and, well, big everything.

"With the MQ281, we have developed a highly efficient manual gearbox that reliably meets these demands—and is soon to be introduced into a number of vehicle classes in the volume segment," said Helmut Göbbels, VW head of manual gearbox and 4WD development.

The new trans will definitely make its way into a number of European Volkswagen models but it's unclear whether that applies to cars sold in the U.S. We've reached out to VW for more details and will update this story when we hear back.