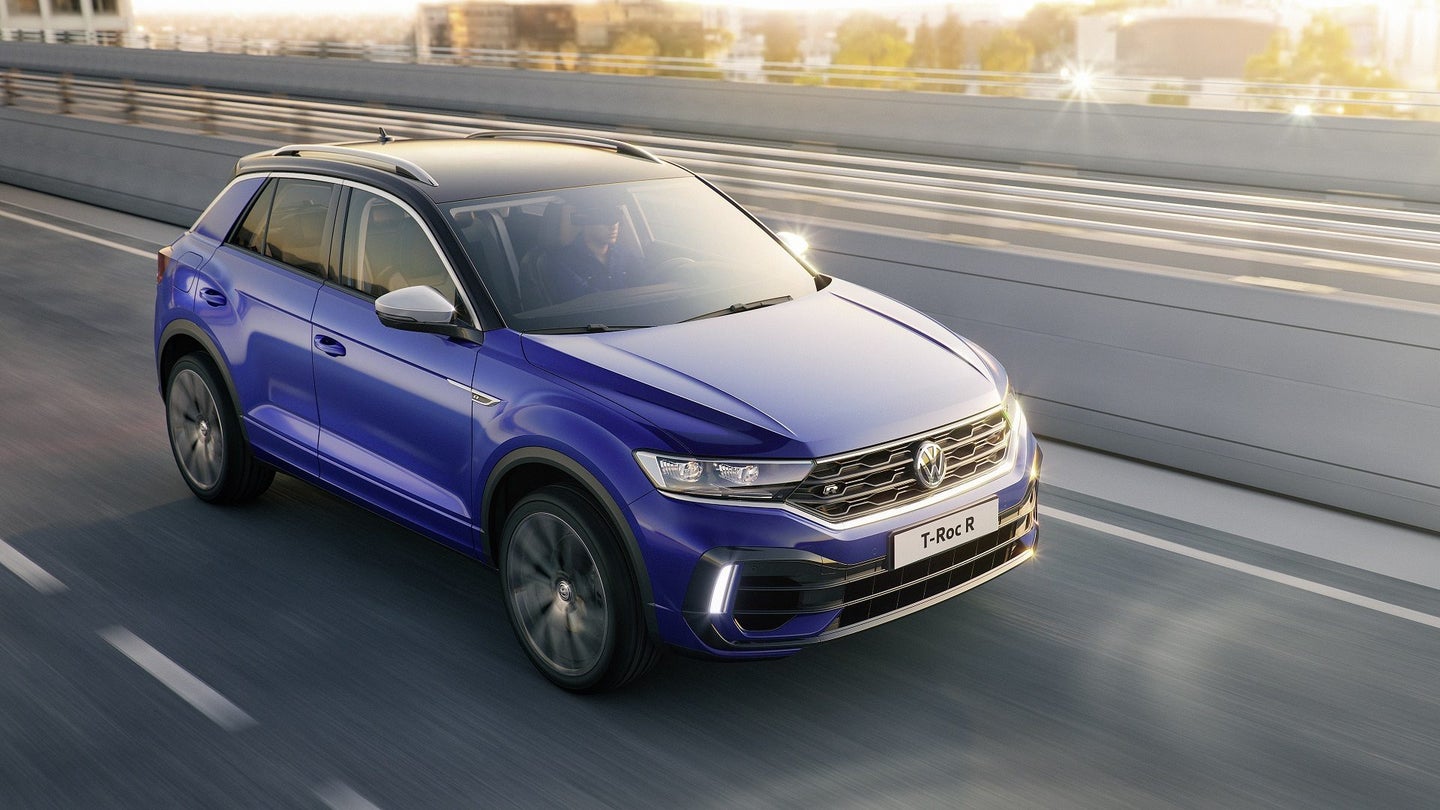 Top Line: Teased turning a camouflaged lap of the Nürburgring earlier this month, Volkswagen's performance-oriented T-Roc R compact crossover has been revealed. It'll get a full premiere at next month's Geneva Motor Show.

What's New: The racier T-Roc is powered by a turbo 2.0-liter making 296 horsepower and 295 pound-feet of torque. A seven-speed dual-clutch gearbox sends thrust to all four wheels, potentially taking the R from 0 to 62 in 4.9 seconds. Given enough room, the hot VW crossover will hit an Autobahn-certified 155 miles per hour.

Harnessing the speed are 17-inch brakes, lower sports suspension, a race mode in the T-Roc's drive program, and—get this—launch control. For when you really want to beat that schmuck in the Ford Edge ST between the lights.

The T-Roc R also gets a healthy dose of visual accouterments similar to those found on the Golf R. A new lower front fascia and cooler-looking headlights greet oncoming traffic while a more aggro rear bumper is finished off with quad tailpipes in the back. Eighteen-inch wheels are standard with 19s available on the options list.

Quotable: "The new T-Roc R expands the broad range of the compact crossover with an emphatically sporty model for individualists who attach as much importance to a stylish appearance as to outstanding driving performance," explains the VW press release.

What You Need to Know: The Volkswagen T-Roc R will debut in the metal at the Geneva Motor Show, the press days of which kick off March 5.

The seemingly emerging "mainstream performance crossover" segment arguably just got its second entry with the T-Roc R, the first being Ford's aforementioned Edge ST. Hyundai has been rumored to have intentions of joining the party with a 340-hp Tucson N.

This touring car-inspired take on Volkswagen’s hottest hatch isn’t anything like your sister’s Golf.