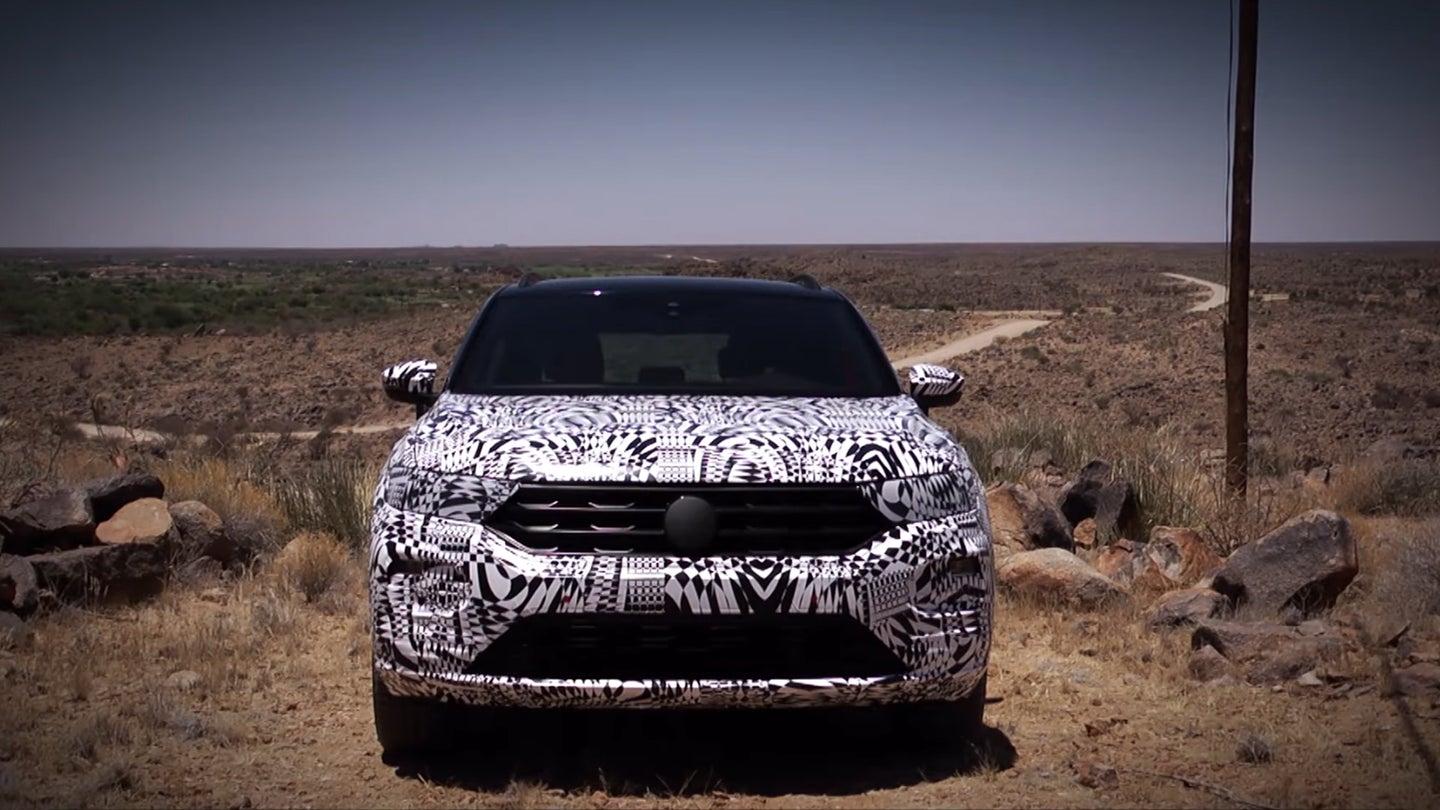 Volkswagen dropped a surprising twist this morning, when the auto giant teases a very camouflaged version of its new crossover, known as the T-Roc. Volkswagen, similar to other manufacturers, has been heavily investing in profitable SUVs. What began as a turbodiesel concept introduced in 2014 has tweaked and molded by Volkwagen, transforming the concept into a road-worthy model that is set to begin production later this year.

The T-Roc sports a profile larger than the Golf, but slightly smaller than a Tiguan. More odd is that the T-Roc has changed shape since its first debut. Originally, the concept exclusively featured a two-door model with a removable roof. Sometime between concept and production-ready tooling, Volkswagen told the T-Roc to be more mature, forcing it to grow an additional pair of doors and keep its roof on.

The five-seater crossover, which shares similar dimensions to the Audi A2, will be sold in Europe starting in model year 2019. It is rumored to be rebranded for the United States the following year; however, it is unclear if it is intended to occupy its own market space or take over an existing model's place in the showroom.

In Europe, the T-Roc is to be offered with two gas engines and one diesel option. The smaller of the two gas ones is a meek 1.5-liter turbocharged four-cylinder making a not-so-beefy 158 horsepower. A larger 2.0-liter will be fitted as the second gas option, making 197 horsepower. Volkswagen has fitted the T-Roc with your choice of a dual-clutch (DSG) or manual gearbox in the European variants, and will offer both front-wheel- and all-wheel drive configurations.

Volkswagen has historically worked to move all models which it builds—including those of its child brands (Audi, Bentley, Seat, and more)—to modular platforms to cut costs. The T-Roc will be built on the modular MQB platform also used in the production of the Golf, Passat, Tiguan, and brand-new Atlas.