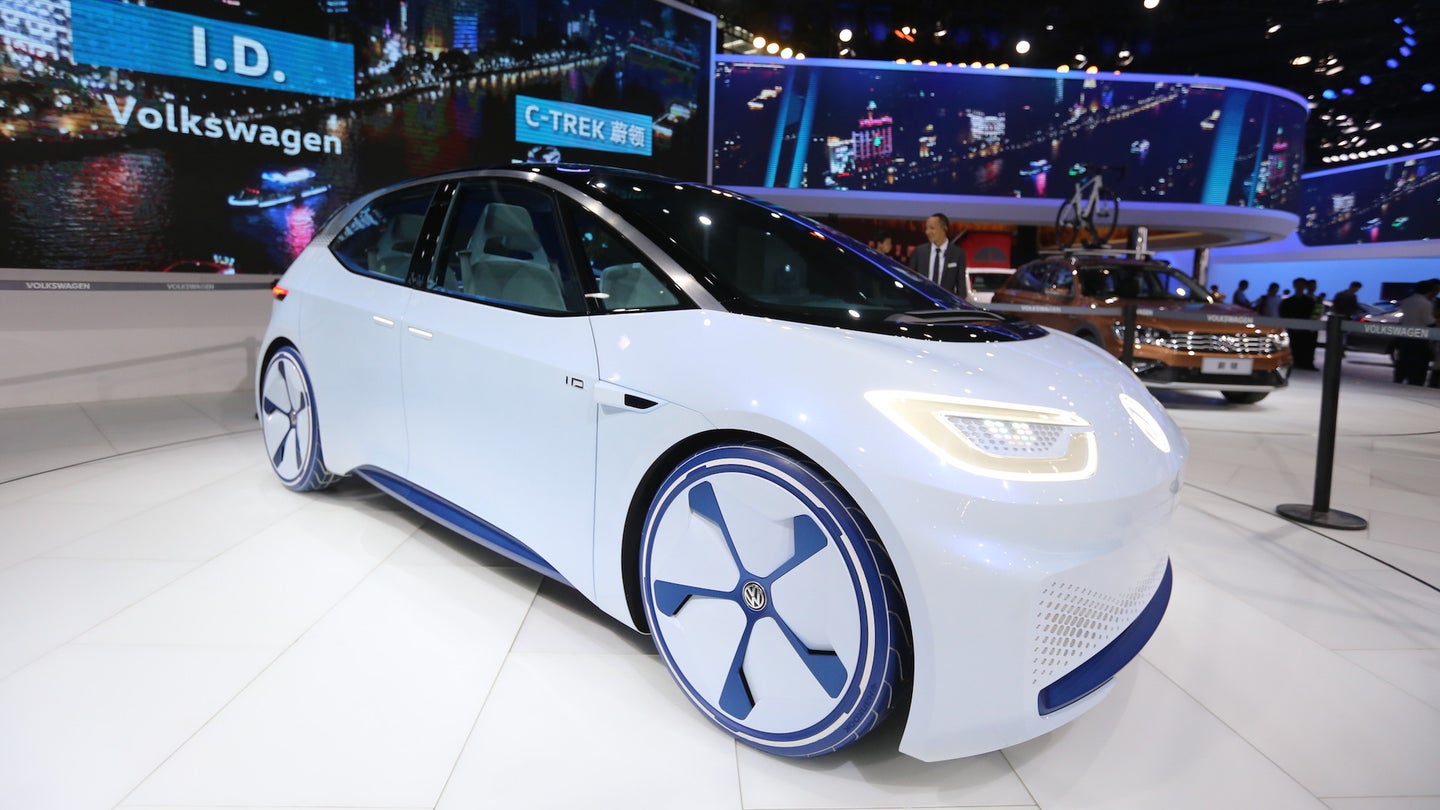 The fight for the affordable long-range electric car has begun, as Volkswagen sets sight on the Model 3 to be its benchmark competitor. At the Munich Automobil Forum, Volkswagen's chief strategist reportedly presented a brief segment revolving around the automaker's I.D. series which is planned for an extended release of vehicles over a three year span from 2019 until 2022. The kicker comes with the report that the I.D. lineup will be priced significantly lower for a very similar range.

Up until the Model 3, Tesla did not parade its name around as an affordable car maker, rather that of a luxury, more modern EV company. In fact, with a base price of $68,000, the Model S was far from the average price point of a new car. With the release of the Model 3, the base price of Tesla's entry model has been reduced to $35,000, pushing the target price for entry into a modern, feature-rich EV to less than that of the Chevy Bolt.

Volkswagen's chief strategist Thomas Sedran presented during the Automobil Forum held in Munich. While speaking about the I.D. lineup, he presented an interesting price point that would undercut the Model 3 significantly. Its lineup would start between $7,000 and $8,000 less than the Model 3, breaking into the US market at $27,000 - $28,000 for a long range EV. The I.D. concepts were previously announced to have a scalable range from between 250 - 375 miles, however it is not clear what power platform Volkswagen plans to introduce its base model I.D with.

How can this be achievable, given the current limited entry of EVs into the market? There are a few theories which could play into reduced costs. First, Audi recently announced their strategy to acquire batteries for an extremely affordable price, making it possible to drive down the cost of their EVs. Audi claimed a cost of $112 per kWh, whereas Tesla had once stated that their cost was $190 per kWh, making Audi's power storage solution over 41% less per kWh of storage - assuming they can keep up with demand. Second, Volkswagen is notorious for using modular platforms to reduce costs. Most VWs and Audis built today utilize Volkswagen's MQB or MLB platform depending on their engine configuration (transverse versus longitudinal). With the introduction of the electrified variant, Volkswagen plans to use yet another modular platform, the MEB, the reduce costs on its EVs.

With Volkswagen planning on bringing its EVs into the high $20,000-range, this puts stress on other manufacturers to do the same in order to remain competitive in the booming EV market. Though brand loyalty will play a huge part in what deciding factor some will have in their new car purchase, those looking to jump into an electrified variant may flock to what is more affordable. If VW manages to pack their I.D. lineup with as many bells and whistles as the Model 3, it could be game over.